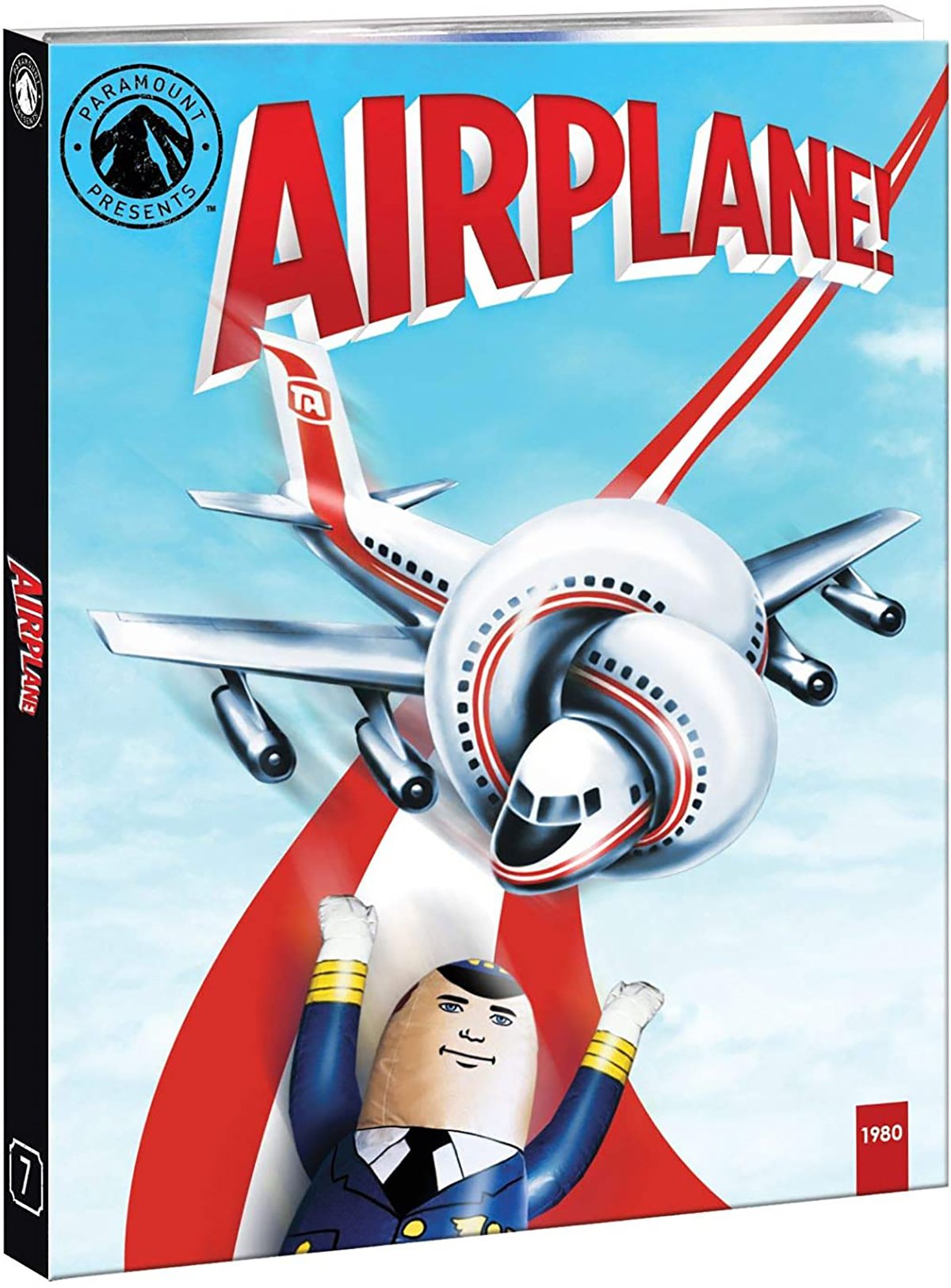 Jim Abrahams and David and Jerry Zucker’s initial foray into film was the disjointed, sporadically hysterical Kentucky Fried Movie, a raunchy, shapeless collection of movie- and TV-spoofing skits. Though the centerpiece Bruce Lee riff “A Fistful of Yen” demonstrated a reasonable level of “to-to concentwaysun” (as the kung fu master would lisp), the rest was content to show little girls frying cats in Wesson oil or bigger girls introducing each others’ bare bosoms by name (“Nancy, this is Susan. Susan, this is Nancy”). So it must’ve been something of a shock when their hit 1980 follow-up, Airplane!, sustained a single premise—spoofing the Airport disaster films—for its entire running time, and did so without going limp.

The reason for this is because the ZAZ team framed their zaniest conceits with an uncredited, scene-for-scene fabrication of 1957’s forgotten Zero Hour. Highlights include Barbara Billingsley trading jive with two unreceptive African-Americans, a furniture-smashing barroom brawl between two Girl Scouts, and the mass plane panic that’s undercut by a big-breasted woman running in front of the action for a single jiggly second. And the filmmakers restaged Zero Hour, which was based on a novel by Airport author Arthur Hailey, with straight faces, hiring a phalanx of B-listers like Robert Stack, Leslie Nielsen, and Peter Graves to deliver the corny action lingo as though they didn’t notice the watermelons dropping or arrows zinging around behind them. The tossed salad of sight gags, incidental vulgarity, fourth-wall obliteration, strident stupidity, intentional chintziness, Stephen “There’s a sale at Penneys” Stucker’s late-emerging queerness, and freeze-dried camp felt, at the time, like a new genre.

It wasn’t. The films of Frank Tashlin, Jerry Lewis, and Bob Hope and Bing Crosby all worked the same territory, and Zucker, Abrahams, and Zucker were just taking it as far as it could go without snapping, as in the scene where the older woman, right after disapprovingly refusing a swig from a man’s whiskey flask, snorts a few lines of coke. But the ZAZ team’s major contribution to the blackout piss-take genre, and the main reason that none of their follow-up films seemed even remotely as “novel” as Airplane!, is that they assessed the humorlessness of antiquated thrillers and deemed it, across the board, as a camp sensibility.

Because their key ingredient is that all of the film’s characters are unflappably ignorant of being part of a comedy, the ZAZ formula has unfortunately provided the template for a lot of unnecessary revisionism. So even though this blockbuster is one of the most relentlessly inventive of American comedies, it’s impugned the ability for a lot of taut, professional, but now outmoded dramatic filmmaking to take any serious response from some modern audiences, a trend for which the equally ingenious MST3K would pound the final nail in the coffin. For the benefit of a truly limitless comedy where no reference point would ever be too beyond the pale and the only faux pas is taking any film at face value, the ZAZ team and Joel and his bots have unwittingly sculpted an army of cultural demolition monkeys, ready to pounce on and mock practically any half-assed but harmless film that has the bad fortune to have been produced before Marlon Brando’s second Academy Award.

Paramount’s newly remastered 4K transfer of Airplane! ensures that the film looks better than it ever has on home video. The image is consistently sharp and details are visible deep into the frame, guaranteeing that you won’t miss the smallest of visual gags. The color balancing is strong and naturalistic, while skin tones are consistently even. Nonetheless, you may rue the lack of film grain, as the image exudes a slightly over-digitized look throughout. On the audio side, the mix is sturdy and nicely balanced, meaning that you won’t miss a second of the film’s rapid-fire, sometimes overlapping dialogue.

For this “Paramount Presents” Blu-ray edition, the studio trots out the same old commentary track with filmmakers Jim Abrahams and David and Jerry Zucker that’s been on every home-video edition of the film for the past two decades. It’s a relatively breezy, entertaining listen, with the trio offering plenty of jokes in between stories about, for example, battling studio heads over wanting to cast only dramatic actors in the major roles and the varying degrees to which those actors truly got the humor that the filmmakers were going for. The track does, though, run out of steam about an hour in, at which point all three men struggle to fill the dead air. The two remaining extras are brand new, but the first—an eight-minute featurette titled “Filmmaker Focus”—amounts to little more than a studio-produced puff piece. The second new feature is a 35-minute Q&A with ZAZ following a 40th anniversary screening of the film at L.A.’s Egyptian Theatre, and though the directors don’t tread much ground that isn’t already covered in the commentary, they offer a few new, amusing anecdotes and have a very playful rapport with their audience.

The extra features aren’t much of a step up from prior DVD and Blu-ray editions, but the transfer at least marks a discernible upgrade.