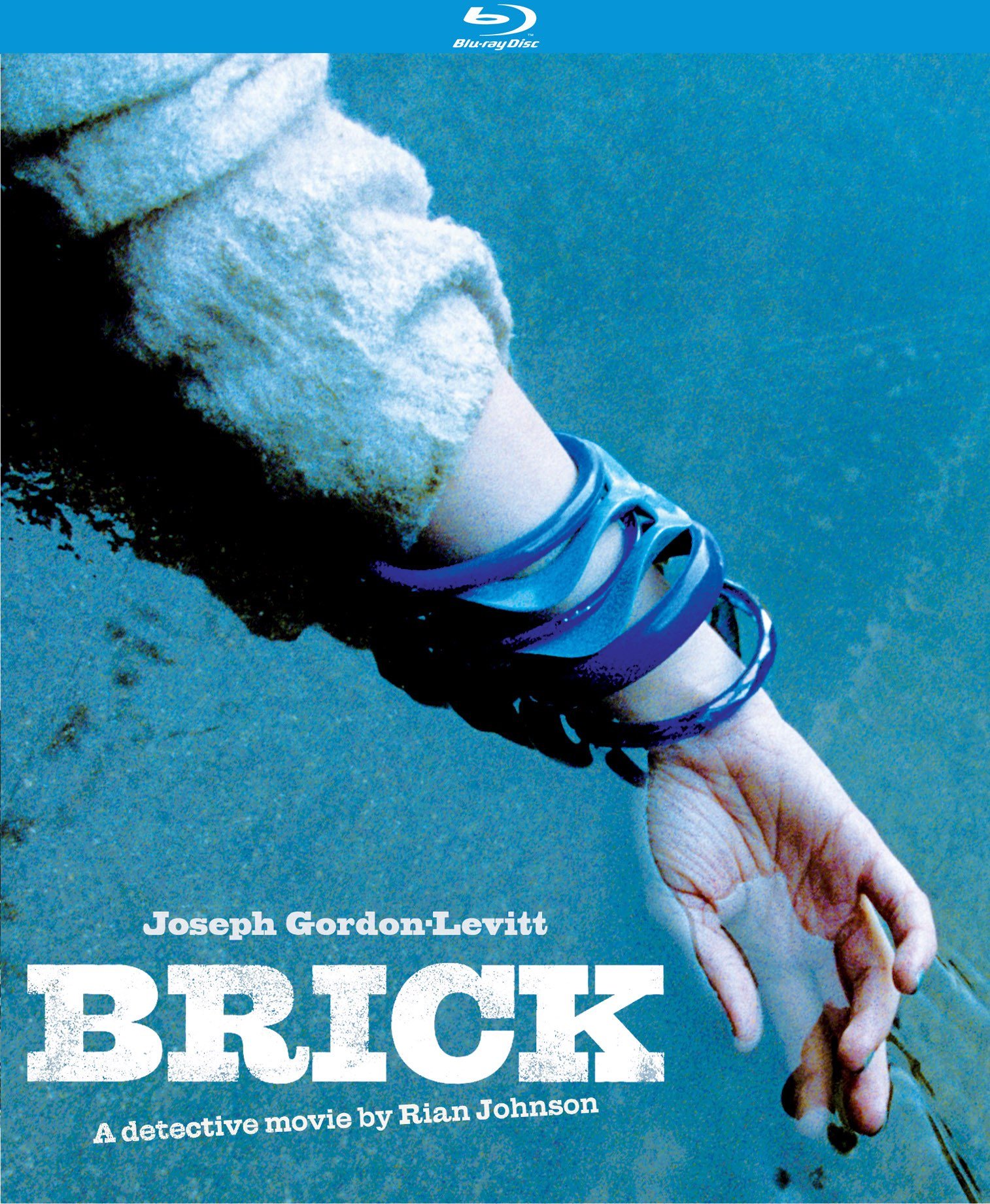 Rian Johnson’s Brick places the hard-boiled pulp of noir into the mouths of first-wave millennials. The genre’s contradictory blend of laconicism and loquacity proves to be easily transposed to bright but aimless teenagers of the early aughts; a generation pumped full of antidepressants and amphetamines from childhood, these high schoolers add a narcotized, chemically addled variation of noir’s naturally numbed emotional tenor. The hero, Brendan (Joseph Gordon-Levitt), could be called precocious if he weren’t so detached, as if Max Fischer got so deep into one of his fabricated roles that he got lost in it. Yet beneath his façade of hyper-cool right out of a Dashiell Hammett novel is a scared, baffled young man struggling to deal with the death of his drug-addicted ex, Emily (Emilie de Ravin).

The film presents its Orange County high school setting as a cesspit of vice in which a host of addicted teens are manipulated by a group of popular kids and dope pushers. And right away it makes clear that one of Johnson’s great strengths is his keen ear for replicating the beats and intonations of classic pulp detective fiction. Cornered by a group of ne’er-do-wells, Brendan feistily spits, “Throw one at me if you want, hash head. I’ve got all five senses and I slept last night, that puts me six up on the lot of you.” Supporting characters speak such dialogue with a hard edge reflective of their types—femme fatale, stool pigeon, local hood—but Gordon-Levitt locates the pain simmering under the surface of Brendan’s flippant hostility, imbuing it with the confused pain of a young man dealing with death for the first time.

At its best, Johnson’s direction plays up noir tropes while reflecting that underlying pathos, as when he captures theater nerd and designated femme fatale Laura (Norah Zehetner), dressed in a bright red cheongsam that stands in sharp contrast to the more muted clothes of her peers, lit to seem like the only person in the room as Brendan stares at her. Likewise, later encounters with a heroin kingpin (Lukas Haas) find a perfect balance of the intimidating and farcical, regularly blanketing the young man in shadow while also undercutting his menace with a bright, static scene at his family table as his mom (Reedy Gibbs) serves him cookies.

Elsewhere, though, the showy tics that would go on to define Johnson’s early work can occasionally grate. Close-ups on various objects—a pair of shoes, a cigarette tossed out of a car onto asphalt—imbue the quotidian with menace, but to redundant effect. Likewise, in-camera effects garishly disrupt Brick’s measured pace with sudden, dissonant outbursts of violence that feel too self-consciously cool compared to the largely detached tenor of the film. Johnson would keep this overactive approach all the way through guest slots helming episodes of Breaking Bad, and to revisit Brick in the wake of his less antic, more cohesively stylized work on films like Looper and Knives Out is to see just how much he’s matured as a filmmaker.

Brick, in some ways, recalls the first films of Christopher Nolan, who likewise emerged as a maker of filmic puzzles and noir mystery updated for the 21st century. But where Nolan prefers to spring his surprises by withholding information, often to the point of narrative incoherence, Johnson likes to give sharp viewers enough clues for them to solve the case before the end. And for all the film’s literary brio and technical pizzazz, Brick shows a keen interest in character that always shines through the style, and an empathy for even the most debased of the blank-faced, directionless people who surround Brendan.

Steve Yedlin’s cinematography mixes muted, naturalistic tones with sudden bursts of expressionistic color, and Kino’s Blu-ray superbly captures this contrast. Brendan’s sallow, shut-in complexion is so textured that it’s impossible to miss the physical toll his obsession takes on him, while bits of color like Laura’s dress and the bright colors of the theater kids’ dressing room pop from the tans and off-whites that surround it. The shadows that shroud the film’s second half are rendered with no visible crushing, and black levels are consistent throughout. The disc comes with audio in lossless 2.0 stereo and 5.1 surround. Both mixes are crisp and well balanced, with the surround mix conjuring a more paranoid tone in its distribution of ambient effects across all channels.

Kino’s disc comes with an audio commentary with Rian Johnson, actors Nora Zehetner and Noah Segan, producer Ram Bergman, production designer Jodie Tillen, and costume designer Michele Posch. Johnson offers the most consistent insights into the film, detailing his inspirations, writing and shooting methods, and more. By moderating the rotating guests on the track, he’s able to prevent overlap in their input. Johnson also introduces a collection of eight deleted and extended scenes. By his own admission, little was fully excised from the film, so most of the 20 minutes of footage consists of scenes in the final cut that last far longer, often adding little more than additional mood at the expense of the final cut’s pacing. Finally, footage from Zehetner and Segan’s audition tapes are included.

Review: House by the Cemetery Gets 3-Disc Limited Edition Blu-ray