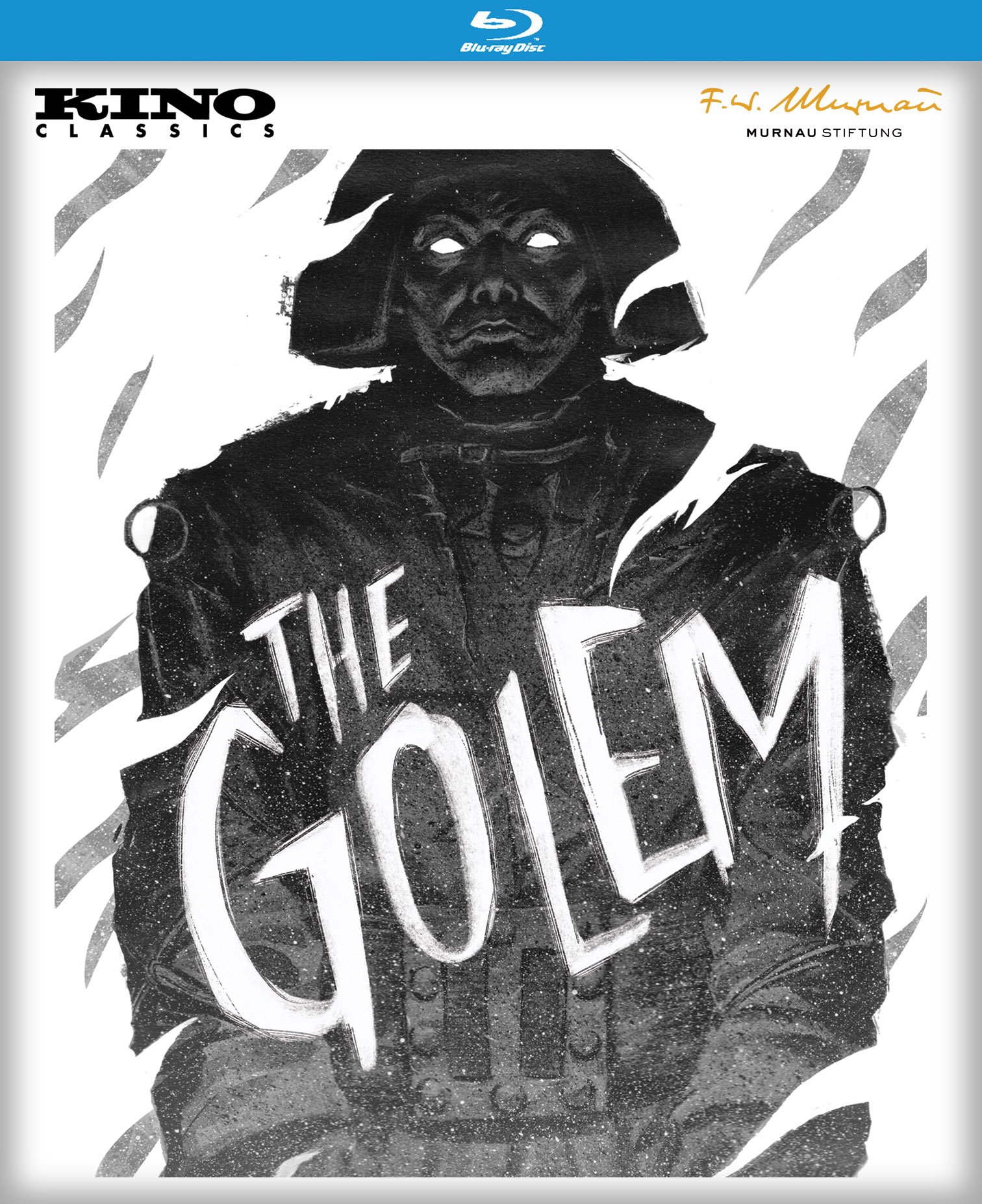 German expressionism reached some kind of peak with the release of Robert Wiene’s The Cabinet of Dr. Caligari in 1920, its pioneering set designs depicting a war-weary world gone wild, all canted angles and twisted, knife-sharp edges. Released later the same year, Paul Wegener and Carl Boese’s The Golem would further push the boundaries of the aesthetic. Where The Cabinet of Dr. Caligari heightens its alienation effects by setting its action against painted, two-dimensional sets, The Golem brings that aesthetic into reality, with a fully habitable recreation of the medieval Jewish ghetto of Prague that still bears all the stylistic hallmarks of German expressionism. What’s more, several of the more important interior sets clearly indulge in the sort of biomorphism (taking their shape from a heart or a set of lungs) that would eventually become associated with the work of H.R. Giger.

Both films became classics of the burgeoning horror genre. Each delivered an iconic trope that would echo through the canon. The Cabinet of Dr. Caligari gives us one of cinema’s first glimpses of a knife-wielding murderer, while The Golem is among the first to introduce the lumbering figure of the man-made monster. Indeed, the influence of the latter on James Whale’s Frankenstein is considerable, evident everywhere from the practical effect of the creature’s platform shoes to the climactic encounter between the childlike monster and a young girl. The principal difference between the two is a matter of purpose: Frankenstein’s monster is created out of dead bodies in a hubristic bid to usurp God’s powers, whereas the Golem is fashioned by an erudite rabbi out of inert clay, animated through necromancy and magical spells, with the goal of protecting the persecuted Jewish citizens of Prague.

Wegener and Boese collaborate with set designer Hans Poelzig and cameraman Karl Freund to create an imaginary space that’s hermetically sealed (in more than one sense of the term) from the rest of the world depicted in the film. The immense walls that surround the ghetto, in conjunction with the far-off vision of the imperial castle hovering at the horizon line, point up just how far removed this place and these people are from the daily pulse of life in Prague. So there’s a double-edged irony to the fact that the magical feats of Rabbi Loew (Albert Steinrück) are both desired by, and feared by, Emperor Luhois (Otto Gebühr) and his court.

All of the rabbi’s conjurations can be considered as the white magic variety. The Golem (Wegener) is meant to be a guardian for the rabbi’s people. When summoned to the emperor’s court for a display of his wonderworking, the rabbi calls up a vision of the Exodus, a time of wandering and homelessness for the Jews, which will come upon them again if the emperor holds fast to his decree expelling the inhabitants of the Jewish ghetto at the end of the month. The inconsiderate laughter among the courtiers would seem to almost bring the house down on top of their heads, but for the timely intervention of the Golem.

The Golem is thus an ambivalent figure, part thuggish avenger, part hapless naïf. After their success at court, Loew attempts to deprive the Golem of his life-giving amulet. The creature’s angry reaction has more to do with an instinct for self-preservation that comes with its dawning consciousness than it does the ill-starred machinations of evil spirit Astaroth. Wegener plays these scenes beautifully, giving himself enough weighty close-ups to allow his expressive, if thick-featured, face to fully register these shifting emotions.

The Golem draws on a rich vein of literature and folklore that stretches back to the Old Testament. Interestingly, this version is Wegener’s third attempt to take on the subject matter. The first version of The Golem from 1915 updates the material by moving it to the present day. Then there’s The Golem and the Dancing Girl from 1917, a self-aware horror spoof with Wegener playing an actor who dons his Golem costume in a bid to impress the eponymous performer. These films by all accounts get a lot of mileage out of the inherent tension between past and present, whereas the third version of The Golem eschews any reference to modernity whatsoever—all the better to maintain the fairy-tale mode.

Kino’s 4K restoration of The Golem looks nothing short of astonishing. There’s more information in the frame in many of the shots compared to the earlier Kino DVD release, and the fine details of décor and facial expressions stand out in bolder relief given the adjusted contrast levels of the restoration. The hand-tinted colors are finely calibrated, and never overwhelm the image as they did on the older DVD. Given the piecemeal work done while assembling the restoration from different camera negatives, it’s hardly surprising that there’s a fair bit of damage still on display, but it never becomes overly distracting. Finally, you get your choice among three very different score options, ranging from full orchestral to discordantly modernist, each one imparting a unique tonal impact to the proceedings.

The main bonus feature here is another exhaustively researched commentary track from author and film historian Tim Lucas. He dispenses a lot of biographical details on the cast and crew, and describes the inner workings of the film’s special effects and trick photography. Lucas delves deeply into the literary and folkloric background of The Golem, and points out its influence on subsequent genre cinema, as well as on comic book superheroes like the Hulk and Iron Man. He also examines the film’s intriguing subtext with regard to gender relations and sexuality. Also on the disc is a comparison of the German and export release versions of the film, featuring comments from Lucas that explore the ramifications of the various differences. There’s the complete hourlong U.S. release version, which substantially re-edits and rearranges the German version, complete with English intertitles, but as a warning to potential viewers, it’s in a lot worse shape than the restoration.

This German expressionist masterpiece stomps its way onto Blu-ray with an astonishing 4K transfer and several choice bonus features.