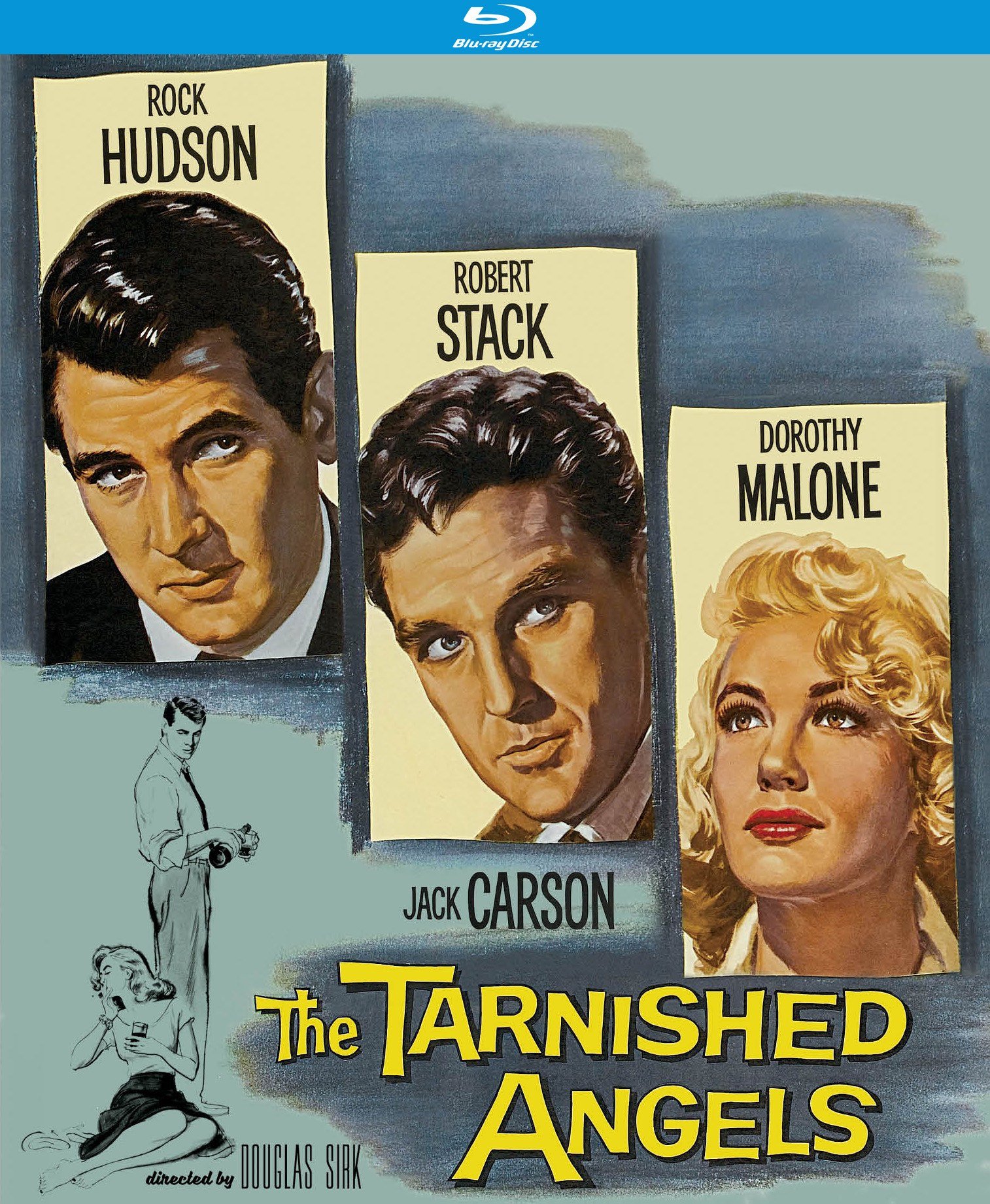 Through the prism of the Technicolor camera, Douglas Sirk’s All That Heaven Allows and Written on the Wind elaborate on the perceived comforts of middle-class life. In these cinematic realms, the brightest of colors enliven the finely decorated homes of characters who, on the surface, appear to be living their ideal lives. As Jane Wyman’s Cary Scott from All That Heaven Allows sits in her living room across from a brand new television—a Christmas gift from her grown children—near the end of the film, Sirk offers up a seemingly picturesque snapshot of her class-based satisfaction. Yet the irony is clear: The children, having objected to their mother’s relationship with a man beneath her social class, see her as something to be tended to, not someone to really care for as an emotional being.

If these kinds of slippery distinctions between a character’s contentment and devastation tend to define Sirk’s oeuvre, then the New Orleans-set The Tarnished Angels finds the director slightly modifying his standard themes to examine the thin line between achieving happiness and crashing and burning in pursuit of it. Death literally looms large over Roger Schumann (Robert Stack), a World War I fighter pilot turned daredevil who takes to the sky as part of an airshow around the time of Mardi Gras. Stack plays him as an outright bastard plagued by undiagnosed PTSD; though not physically violent toward his wife, LaVerne (Dorothy Malone), and son, Jack (Christopher Olsen), Roger weaves a web of psychological entrapment that, at one point, involves him suggesting that LaVerne should sleep with local honcho Matt Ord (Robert Middleton) so that Roger might gain access to a particular plane.

The Tarnished Angels, written by George Zuckerman, complicates character motivation and action by using flashbacks and ellipses that sometimes make it difficult to discern when, or even if, certain events are taking place. Sirk uses black-and-white images to stage a contrast between the oneiric promise of the film’s nostalgic feelings for past glories and the stark reality its characters face when death comes knocking at their door.

Sirk frames the Schumann family as a nearly grotesque extreme of the American dream; from afar, they might appear to have obtained an intractable happiness. However, The Tarnished Angels uses journalist Burke Devlin (Rock Hudson) as a conduit for the viewer to realize that, in close-up, these are damaged human beings with little grip on their lives. That Devlin, too, is no better equipped to navigate his alcoholism and wayward idealism indicates Sirk’s perception of the fundamentally fractured logic that often founds a sense of duty to a particular cause. In Devlin’s case, his affection for LaVerne, combined with his drinking problem, clouds an ability to act rather than speak in grandiloquent terms.

The film makes the act of looking a significant part of the story, with several scenes featuring shots of audiences gawking and howling in appreciation as Roger flirts with death. When one flying event takes a tragic turn—and a screeching airplane hurls toward the grandstands—Sirk prompts us to ask if the inclination to watch near-death spectacle is an unconscious way of wanting to vicariously experience death. That Roger didn’t perish in WWI but plunges into the sand while displaying his aeronautical prowess for a stateside audience reinforces the theme of self-imprisonment, both personal and cultural, that runs throughout Sirk’s work.

Like Billy Wilder’s Ace in the Hole, which creates a damning critique of media circuses that would allow a man to die if it means increasing readership, The Tarnished Angels understands the innate human desire to look at beauty or terror as the potentially catastrophic fuel of public interest. Yet, while Wilder never turned that critique on himself or his own film, Sirk, ever the craftsman of multi-vision art, sees that he’s no saint himself.

The depth of field during the film’s airshow sequences is remarkable, while close-ups of faces are nicely textured. The black-and-white cinematography is consistently balanced throughout. While there are occasional small scratches or bits of debris that are visible within the frame, they don’t considerably distract from the viewing experience. The DTS-HD Master Audio track maximizes the potency of Frank Skinner’s memorable score, while the dialogue is clear and crisp. There are no distracting pops, hisses, or screeches.

The sole extra of note is a lovely feature-length commentary track by film historian Imogen Sarah Smith, who contextualizes Sirk’s career while offering an insightful reading of the film itself. Smith has put in the work here, speaking almost nonstop from beginning to end in a style that accomplishes the depth and rigor of a master’s thesis, with dates, names, and tidbits so thoroughly entwined with analysis that it’s an immediately essential listen for anyone who’s serious about their knowledge or study of Sirk. Smith’s tone is also conversational, leaning as she does on personalized takes on the characters; especially amusing, and succinct, is her explanation of Burke Devlin’s faults. The film’s theatrical trailer is also included.

Kino Lorber’s Blu-ray boasts a smashing feature-length commentary and an exciting transfer of one of Douglas Sirk’s most visually resplendent films.