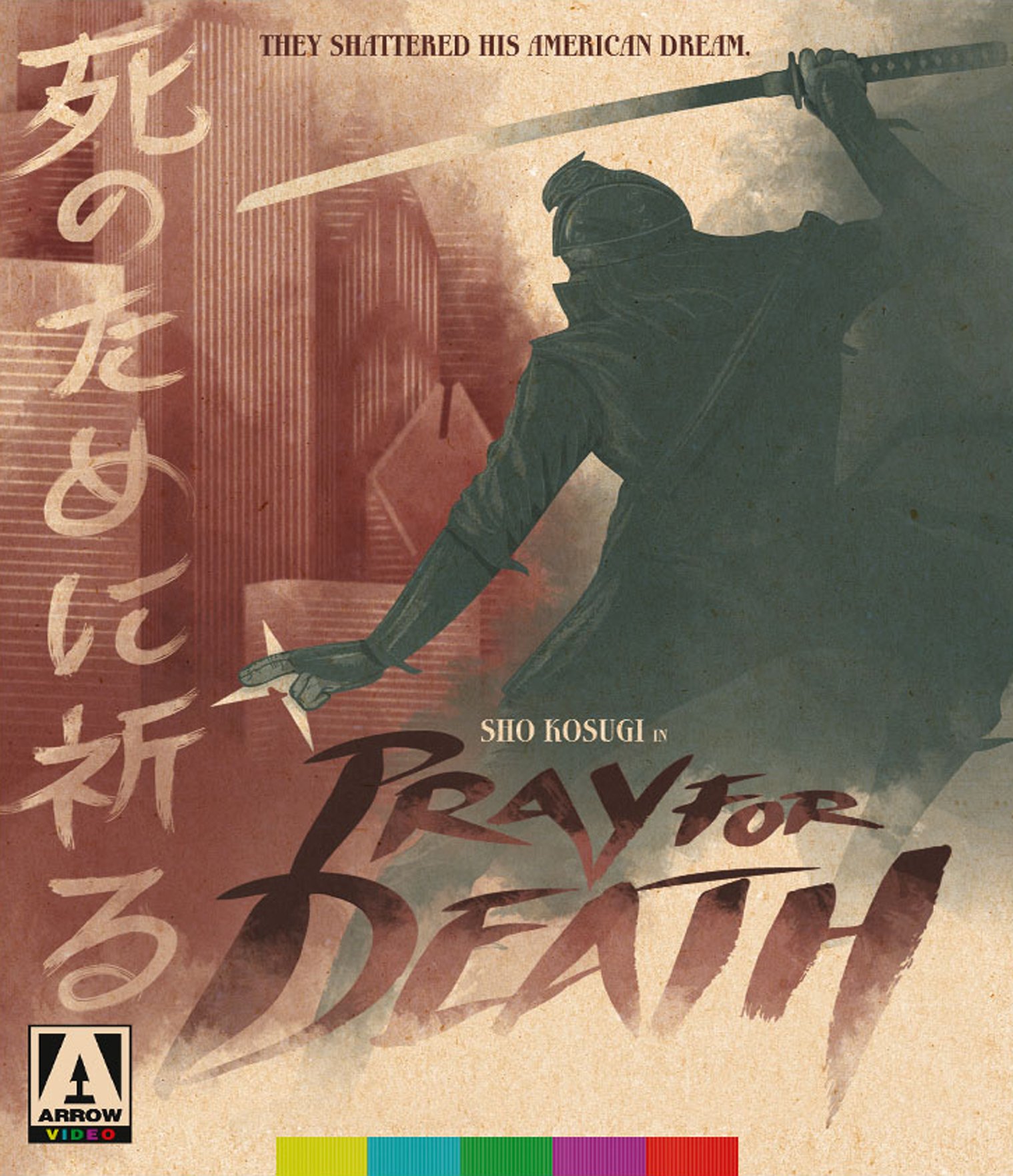 As narratives about émigrés within broader tales of ninja vengeance go, Pray for Death is insightful and sensitive toward the plight of the Japanese family at its center. Akira Saito (Shô Kosugi) and his wife and sons move to Los Angeles in pursuit of opening their own restaurant, but are met with nothing but resistance, resentment, and hostility by local mobsters who mistakenly believe the family possesses a valuable necklace. Working from a script by James Booth, who also plays the film’s heavy, director Gordon Hessler bluntly uses the necklace as a MacGuffin to engineer an ethnic conflict that largely restricts itself to a family/mobster binary, but also includes other, less calculated instances of tension. From the moment Akira and his family arrive in L.A., they can’t even walk down a street without running into trouble with local street toughs itching to throw a punch.

Hessler presents L.A. as a wasteland of violence and corruption, which is often juxtaposed with establishing shots of the city’s skyline, where flickering lights and sunny skies serve as a drawn curtain over the darkness below. That is, the city looks appealing from the heavenly confines of the jet carrying Akira’s family to the U.S., but far less so once they’re seen within its poorly policed and monitored streets. If the film comes close to turning L.A. into a dystopian caricature, Hessler homes in on Akira’s stunned reaction as his family is slowly picked apart, so that the seriousness of the circumstances short-circuits any cheaper thrills. Furthermore, the family gains almost no pleasure from the new, bleak environment, since their restaurant is only open for one hour before the mafia swoops in and resorts to kidnapping, self-mutilation, and murder to recover their missing property.

Akira’s backstory is less interesting due to its rote, archetypal use of a wronged-man scenario; Akira once belonged to a secret legion of martial artists known as “black ninjas” in Japan, but he abdicated those duties in favor of spending his days with wife Aiko (Donna K. Benz) and sons Takeshi (Kane Kosugi) and Tomoya (Shane Kosugi). Hessler uses these details to play with divisions between reality and fiction, particularly in an opening sequence that turns out to be action from a television show revered by Akira’s two boys. On TV, the fighting is bloodless and without consequence. In the film’s reality, Takeshi and Tomoya can certainly kicks some ass, but not without bloodying their noses or ending up in hospital. It’s an important measure by Hessler, since Pray for Death verges on, but never becomes chopsocky nonsense by rooting its violence in Akira’s verifiable anguish.

On the other hand, the film favors gratuitous bloodletting during its revenge sequences more as a source of glee than rebuke. When Akira dons a mask and sharpens his sword to reclaim his family (and manhood), Pray for Death displaces its frustrations with the systemic ill treatment of immigrants onto a pitiless band of criminals, whose eradication ultimately restores balance to family stability. The shallow thematic depths of such an arrangement are prevalent during Reagan-era revenge films, where erasing the bad guys equals solving the problem. If Hessler cannot be said to circumnavigate an easy out for Akira’s pain, the film nevertheless understands its end as bittersweet and incomplete, since the family unit has been fractured in at least one irreparable way.

Arrow Video has once again proven their restoration chops by rescuing Pray for Death from VHS obscurity with a handsome high-definition presentation that’s as vibrant and richly colored as it is delicately remastered for optimal clarity. This would be a top-shelf transfer were it not for the unrated sequences, which clearly didn’t receive the same sort of care and attention, meaning a drastic dip in quality over the course of those five extra minutes. The sound mix is practically flawless, with sword clanks and ninja yells perfectly audible and balanced throughout, as is Peggy Abernathy’s theme song, “Back to the Shadows,” which may just become your earworm of the week.

If the unrated cut proves to be too gruesome, Arrow has included the R-rated theatrical cut (also remastered). In fact, the R-rated cut is ultimately preferable because it further places the viewer in Akira’s mindset by sharing his inability to see the violence done to his family and friends. Otherwise, there’s a double dose of Shô Kosugi interviews, including a recent chat with the actor, where he talks about his career in film during the ’80s, from Enter the Ninja and on. It turns out that Kosugi never fashioned himself as much of an actor and says, as he put it to producers, “I just do martial arts.” Speaking of which, the second interview is from an ’80s public access show called The Martial Arts Forms, where Kosugi talks specifically about his different training styles. For the uninitiated, like myself, much of the talk here sounds like terminological babble, but there’s a nice clip of Kosugi performing at the film’s New York premiere. Finally, a quartet of trailers for films staring Kosugi, including Pray for Death and Rage of Honor, round out the slim, but fun extras.

Arrow Video commences a welcome Shô Kosugi renaissance with their razor-sharp Blu-ray of Pray for Death.

Blu-ray Review: Mike Nichols’s The Graduate on the Criterion Collection