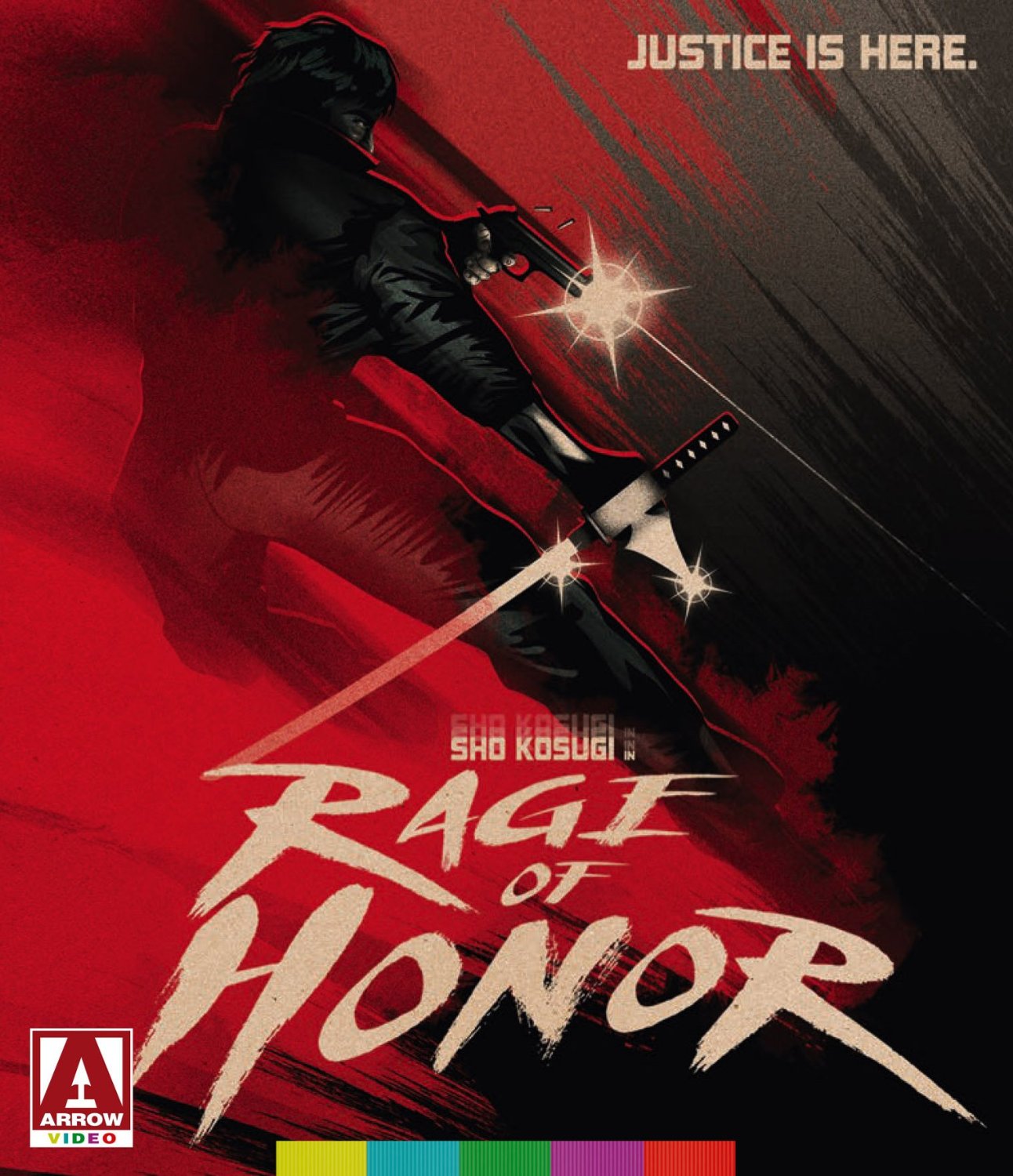 With its stock revenge premise and rote action sequences, Gordon Hessler’s Rage of Honor is exactly the sort of genre tripe Paul Verhoeven satirically upended with Robocop. It’s fair to say that there’s almost nothing of thematic or revisionist interest within this film, which consistently leans on unimaginatively framed shoot-’em-ups every 10 minutes or so, with Shiro Tanaka (Shô Kosugi) simply impervious to the identity-less assailants he so easily dispenses. The film is more intriguing within the context of its production, as Trans World Entertainment clearly made it as their effort to create a 007-type franchise for Kosugi as a cop proficient in martial arts. That’s hardly a distinct premise, but Rage of Honor is nevertheless a curious moment in failed franchise filmmaking, as it becomes difficult to watch the film without thinking about Kosugi being Japanese and that he’s being placed within a story that, aside from a single exchange, makes no recognition of it.

While Shiro’s partner is being killed by a Singapore-bound drug lord named Havlock (Lewis Van Bergen), Shiro is having dinner with his girlfriend, Jen (Robin Evans), who’s telling her lover how she “has him all to [herself] tonight” and intends to make the most of it. Wooden dialogue aside, the scene is unwittingly distilled to its most archetypal elements, with man in suit (Kosugi) spoiling woman in pearls (Jen). These could be called avant-garde stylistics were they quite obviously not the product of effort-free writing on the part of screenwriters Wallace C. Bennett and Robert Short, but the utter inanity of the interaction does call attention to the fact that this shell of a character is being played by Kosugi and not simply another martial artist of European descent. Heavy dialogue scenes emphasize this further, as Kosugi’s apparent struggle with the English language turns exposition exchanges with commissioner Sterling (Gerry Gibson) into inadvertent commentary on Hollywood cinema’s hypocritical reliance upon language, international talent, and global audiences to perpetuate recycled narratives of righteous vengeance with an “exotic” location exploited as a backdrop.

The film’s only recognition of Shiro’s ethnicity comes following a flight back from Buenos Aires, as Jen and Dick (Chip Lucia), a fellow police officer, chat about Shiro’s decision to pursue Havlock. Dick explains that, because Shiro is Japanese, he has an “ancestral sense of honor,” but that honor is also his biggest weakness. Jen replies, questioning the police force’s interest in Shiro, to which Dick responds: “[They] only want him for his skills.” This exchange stuns as an auto-critique of Hollywood’s appropriation of Kosugi’s talent, but that critical edge is predictably dulled by Hessler’s subsequent reliance upon mindless combat sequences that neglect to further interrogate Dick’s claims. Instead of latching onto the overlaps between the film’s narrative of suspect police motives and Hollywood’s history of cultural appropriation, Rage of Honor mutes Kosugi’s “ideals” for fisticuffs emptied of consequence, a final-third trip to Singapore relishing rather than excoriating exoticist impulses.

Like with Pray for Death, Arrow Video rescues Rage of Honor from VHS obscurity with a handsome high-definition presentation that’s as vibrant and richly colored as it is delicately remastered for optimal clarity. The opening sequence, on an adrift yacht, flexes everything that’s right about this transfer, including the sharpness of close ups, the clarity of the depth of field, and the minimal filmic artifacts or signs of age. The 2.0 sound mix lacks the bass and oomph of studio action movies made just a few years later, but gets the job done when it comes to the important things, like gunshots, explosions, and the painfully ‘80s-sounding theme song, “I Was Gonna Be Good to You.”

The supplements here closely mirror Arrow’s recent release of Pray for Death by featuring an interview with Shô Kosugi and a trailer gallery, but there’s the added bonus of a brief, intriguing talk by critic Chris Poggiali about the gradual presence of “ninjas” in Hollywood studio films, with the first instance being in 1967’s You Only Live Twice. The craze peaked in the ‘80s with the “Shogun Warriors” toy line from Mattel, and films like The Octagon and Shogun Assassin. Kosugi appears for part two of an interview that appeared on the Pray for Death disc and explains his role in bringing Rage of Honor to the screen, which was his attempt to find a “wide audience” beyond the ninja niche. In a short clip reel, Composer Stelvio Cipriani gives a rundown of his scores during the ‘70s and says of his Rage of Honor score that he “composed the music and [director Gordon Hessler] liked my score. It was a good experience.” Finally, there’s a trailer gallery with the same four Kosugi titles on the Pray for Death release.

Though mostly notable as an example of Hollywood’s appropriative cultural impulses, Rage of Honor looks and sounds great thanks to Arrow Video’s meticulous Blu-ray presentation.