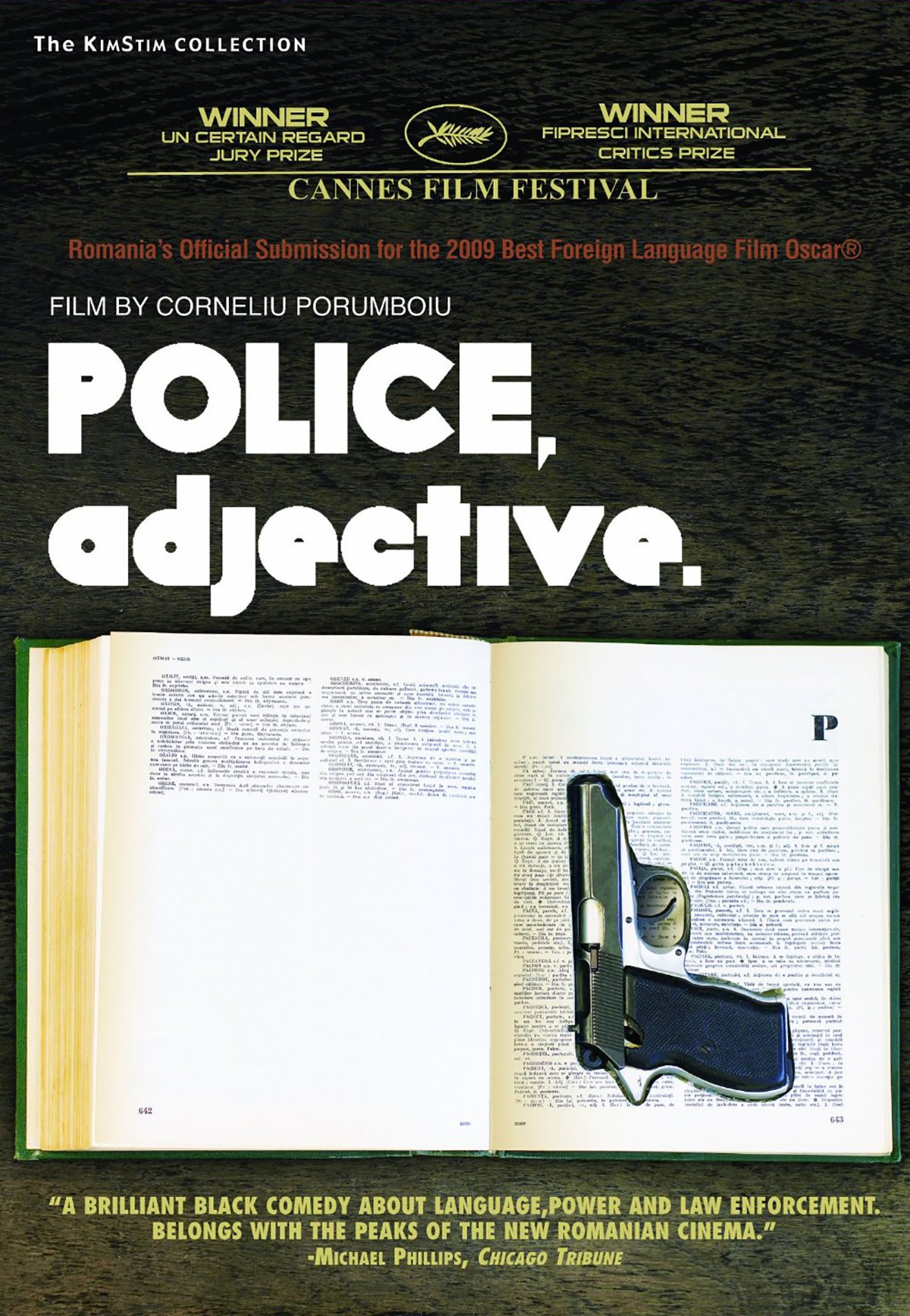 What sets Corneliu Porumboiu apart from the other directors of Romania’s New Wave—only Puiu stands totally outside the circle with his radical conception of duration as an obfuscating factor—is his preoccupation with small screen narratives: In his first feature, 12:08 East of Bucharest, he resituated the talk show as a viable cinematic format, and in Police, Adjective he bleeds all of the excitement out of the police procedural. Though there’s less yakking by volume in Police, Adjective, which consists mainly of Dragos Bucur standing around looking at a trio of teenage potheads, than in 12:08 East of Bucharest, Porumboiu, with his dogged commitment to conveying information through the facial tics of his characters and the rhythms of their conversations, once again displays that if he were a more willing classicist he could one day become something like a Romanian Whit Stillman. As is, Porumboiu’s long-take style lends itself more readily to a political agenda that the film doesn’t always seem aware that it possesses.

Bucur plays Cristi, a detective tasked with busting a teenager who’s been squealed on by one of his friends for smoking hash. Unwilling to put the kid away under drug laws that, following a trip to Prague, he’s certain will be repealed soon, the detective spends most of the film figuring out ways to avoid taking any definitive action in the case. Porumboiu mimics his digressive style, following him from mundane stakeouts to semantic arguments about pop lyrics and soccer tennis, ultimately dovetailing the two strands in a final showdown with a pedantic police chief (played by Vlad Ivanov in more or less a reprisal of his role as a brutal abortionist in 4 Months, 3 Weeks and 2 Days) that’s an extended riff on doing things by the book. While the chief glares on in disgust, Cristi looks up and reads aloud definitions for “conscience,” “law,” “moral,” and finally “police” straight from the dictionary. As an intellectual conceit, this is flimsy, obvious stuff; the interest here comes not from the neon realization that, yes, language can be employed as a tool for immoral oppression by the state, but through the accumulation of good ideas that are used and discarded to reach this end.

Chief among these is the film’s steadfast commitment to portraying the reality of Cristi’s work. Here is a man who gets up, puts on the same shirt four days in a row, goes to work, deals with bullshit bureaucracy, and then stands around for hours on end in the name of simply doing his job well. Porumboiu’s most inventive choice is the inclusion of Cristi’s handwritten observation reports, presented on screen long enough to be read in total, which serve a double purpose, recounting the events we’ve seen with additional information (i.e. we find out that a stakeout lasted more than four hours) and establishing the motif that will be crucially resolved in the dictionary scene of the importance of the written versus the spoken word; while Cristi’s written observation reports are intended to present the facts of his case in a manner that will allow him to convince his superiors to accept his morally just course of action, his own moral downfall is set in motion by his inability to present a definition of the word “conscience” that’s acceptable in writing. Where the spoken word carries with it both the depth and fallibility of its expression, the written word, for Porumboiu, exists as pure, abstract communication.

As such, it’s logical that the protagonist of such a film would spend much of it not speaking. Where Puiu’s Aurora employs a similar silent-man strategy to create scenes that are individually obscure and impossible to rationalize in total, Porumboiu ensures that each scene leads to the acquisition of new knowledge and then questions whether that total picture is worth a damn. The two repeated setups are a lengthy, static conversation between two individuals and a molasses chase scene across Porumboiu’s dingy hometown of Vaslui where a panning camera follows a target and eventually reveals Cristi, confirming his presence through repetition as an inevitability; he’s a good cop, in every sense. In both cases, the information that’s meted out is discarded as frequently as it’s of any use, and it’s the ultimate squandering of this superfluous knowledge—the occupations of the suspect’s parents, the cars driven by the squealer’s family, the shabby tenement where the third member of the trio lives, the furnishings of the modest apartment that Cristi returns home to—that’s Porumboiu’s biggest failure of nerve: To critique totalitarianism is easy, to critique what comes after it, as class tensions shift and realign during the move to liberal capitalism, requires real conviction.

Perhaps Porumboiu would say that that’s precisely the point: that nothing has changed, that the new Romania is just the old Romania with no Ceauşescu, a police state in the guise of a democracy where, despite the best intentions of moralists like Cristi, attitudes might change but the law never will. In the end, any consideration of class goes by the wayside as his good cop concedes in the face of authority’s language, dutifully presenting thorough plans for the pointless sting operation he’s spent the film working to avoid. In between the meeting with the chief and the closing image of Cristi sketching the setup for the sting, Porumboiu inserts a shot of the detective playing soccer tennis—a guy in sweats playing a game with no stakes. Like the police of the title, his morality remains in the abstract, lacking in an object to modify, and so he does what his career has made simple for him.

Certainly downbeat endings are nothing new for the Romanians, or all of 21st-century realism for that matter, but it’s time to take a stand against the acceptance of such cynicism presented under the guise of honesty. Porumboiu, whose intelligence is obvious to anyone who watches one of his movies (just look at what he’s able to bring forth from worn-out popular forms) possesses the tools to transform the world, and instead he’s convinced himself that in the end it’s enough to present it as it is. Of course, you can never present it as it is, and an adherence to such blinkered, dour realism, an even more worn-out form than the talk show or procedural, only attempts to bring hold back cinema from its place beyond language.

Yet another 1.85:1 film presented at 1.78:1, Zeitgeist’s transfer is a solid, if unspectacular, presentation of Police, Adjective’s muted world of dingy, sickly browns and greens and blues. The sound design throughout is sparse, chiefly comprised of dialogue with low-level ambient sound, and as such is handled adequately by the stereo presentation.

Unfortunately, this release offers nothing in the way of worthwhile extras. The only supplements are a theatrical trailer and a booklet featuring a rather uninspiring interview with Corneliu Porumboiu, which has been available online since the film’s theatrical run.

A major film, and a troubling one, a key piece of the Romanian New Wave finally makes its way to home video.

Blu-ray Review: Lindsay Anderson’s If…. on the Criterion Collection