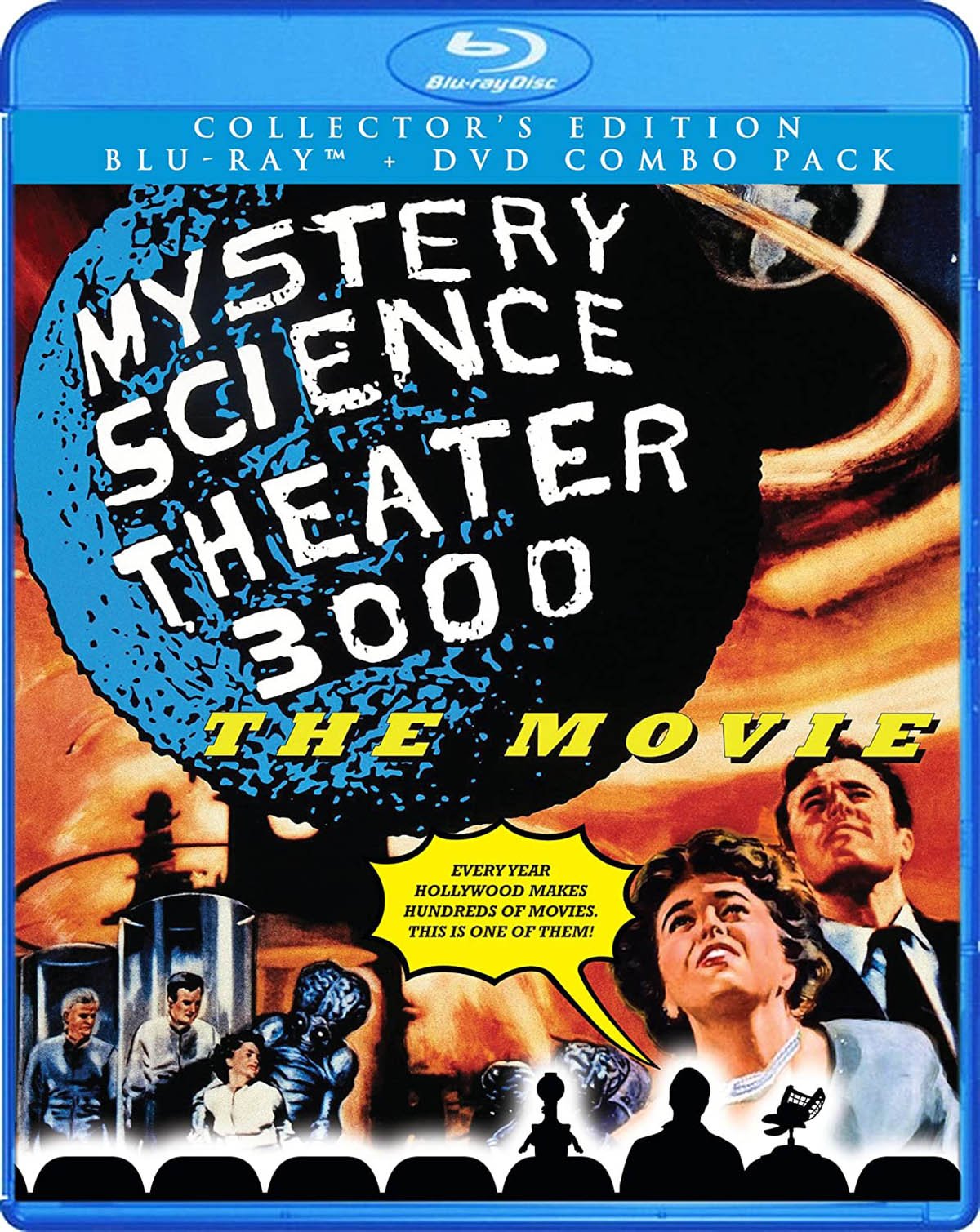 It’s some kind of scathingly poetic justice that the big-screen incarnation of a television series dedicated to the razzing of bad movies would itself prove to be a cinematic stinker. Stand back from the whole disappointing enterprise, however, and it actually reinforces the unlikely greatness of the source material. Not unlike the success currently enjoyed by Louie, Mystery Science Theater 3000 was inexpensive enough to produce that it afforded its makers full creative control. Alas, along with the modest budget afforded to a feature-film production came the infinite wisdom of Hollywood professionals who intended to make the garage-and-duct-tape origins of the show more palatable for the masses. The result was, suffice it to say, a buzz-kill: painfully watered down, soulless, and bastardized, reminiscent of the vegetable imposters of Invasion of the Body Snatchers, sans recognizable marks or identifiable feelings.

It didn’t help that the movie-within-the-movie, This Island Earth, was markedly better than almost any film ever exhibited on the show, or that studio-mandated trimmings resulted in a running time nearly half an hour shorter than an episode of the series, robbing the decidedly postmodern spectacle of the paralleling rhythms that gave the episodes their unique ebb and flow. That’s not to say that a director’s cut would necessarily be an improvement. Sure, it’s tempting to blame Universal executives for the dearth of quality riffing; if a reference to Bootsy Collins at first sight of This Island Earth’s trademark bug-eyed mutant was deemed too esoteric, one can only imagine how many other zingers were put on hold by unimaginative suits, reducing the end product to a series of overly calculated gags too timid to challenge or offend, no matter the newfound freedom afford by PG-13 standards. It’s entirely understandable that a team of writers accustomed to indulging their every whim were suddenly caught off guard by censors, notes, and script rewrites mandated by superiors altogether clueless of the talent they were working with.

Whatever the biggest culprit, this was ultimately a collective failure to translate to the big screen. Mike Nelson seems to be sleepwalking through his central role, and even the break sequences, usually a creative free for all, are shockingly lethargic. Poorly edited shots dispel the energy usually in abundance in the show’s breathless single takes, and the souped-up sets appear crushingly phony, far more so than anything ever hot-glued together and spray painted or thrown together from goods found at a Salvation Army. From the extended opening homage to 2001: A Space Odyssey on, there’s something tangibly off in the attempt to create something big out of something that was so often epic precisely because it was small. An early sight gag, and one of a very few memorably funny moments in the whole enterprise, offers an ironic contrast to what the film should have been: Nearly sucked into space through a hull breach, Tom Servo finds that his rear end is the perfect plug against otherwise certain death. The vacuum of space nipping at his rump, he muses, “I’m experiencing a sensation altogether new to me, and frankly, I love it!” Mystery Science Theater 3000: The Movie is certainly a new experience, as nearly all traces of pleasure have been drained clean out of what was otherwise a virtually unimpeachable franchise.

This is likely the only time a Blu-ray transfer will be justifiable for an MST3K release, and barely so at that. Still, this 1080p HD transfer looks fairly gorgeous, even if the sharpness of the image further betrays the synthetic look of the Satellite of Love sets. Some minor dirt is occasionally noticeable, though no points should be docked for the slightly beaten-up look of the movie-within-the-movie, as that’s precisely the point (in fact, blemishes notwithstanding, the Technicolor This Island Earth looks almost ravishing at times). As for sound, dialogue is mixed nicely across the speakers, although the track never has much of an opportunity to flex its muscles (no surprise, particularly given the absence of the MST3K “Love Theme”).

Even if you aren’t a Mystery Science Theater completist, this bounty of extras might be enough of a reason to make room on your shelf, if only for historical insight. “The Making of Mystery Science Theater 3000: The Movie” is essentially an extended version of the trailer, and at five minutes, is relatively painless. “Mystery Science Theater 3000: The Movie: The Motion Picture Odyssey” runs half an hour and is alternately illuminating and annoying; the inclusion of “The Blue Danube” and other classical tracks feels awfully presumptuous, but it’s worth hearing from the creators themselves as to how problematic the film’s production was. “This Island Earth: 2 ½ Years in the Making” runs slightly longer and plays like catnip for ‘50s sci-fi fans; along with the season-one episode Robot Monster, this is one of the few cases where the exhibited film wins out. The original theatrical trailer is awkward in all the wrong ways, trying to be cool and failing miserably, while 23 minutes’ worth of deleted and alternate scenes confirmed my suspicions that MST3K: The Movie would have sucked at pretty much any length.

The lousy feature-length adaptation of a great television series about terrible movies gets a pretty-good Blu-ray/DVD release courtesy of the ever-reliable Shout! Factory.