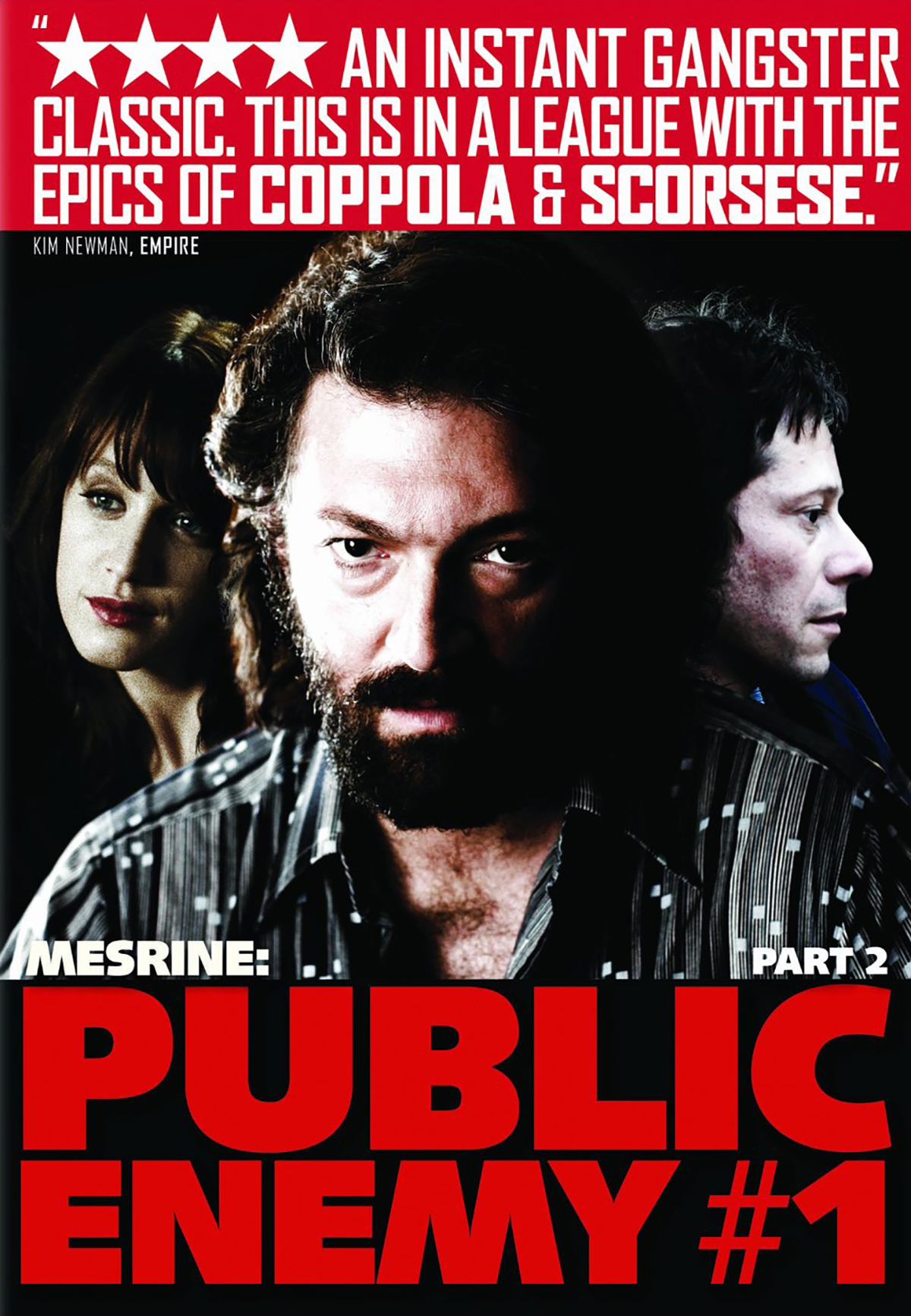 Mesrine: Killer Instinct ended with super-criminal Jacques Mesrine (Vincent Cassel) and his hastily assembled gang triumphantly ambushing the cruel Canadian prison that had vividly physically and psychologically tortured them over the course of the middle portion of the film. Strikingly little pretense was made in regard to how the filmmakers hoped to direct the audience’s sympathies. Where most crime epics feign moral handwringing while not-so-secretly glorifying, even envying, the spoils of their anti-heroes’ hungers, Killer Instinct openly celebrated Mesrine as at least the more openly, honestly psychopathic party in the film—a Robin Hood who only defended the downtrodden when he, himself, happened to be downtrodden.

I assumed that the second part of Jean-Francois Richet’s Mesrine saga would attempt to atone for the first part’s shamelessness with an obligingly hypocritical entry charting the criminal’s ultra-violent downfall while still, of course, reveling in said ultra-violence. It turns out that I was mostly wrong: Mesrine: Public Enemy # 1 is, if anything, a shaggier, crazier, more episodic spree of prison escapes and hold-ups than the prior film. Killer Instinct gave us our bearings, establishing Mesrine as a frustrated veteran of the Algerian war who rose to prominence as a criminal in the 1970s under the tutelage of a hugely charismatic—and just plain huge—gangster played by Gérard Depardieu. The second film is mostly disreputable, largely context-free dessert that revels in the various expected sugar highs of the crime film.

Well, for a while, at least. Eventually Mesrine succumbs to delusions of grandeur; fancying himself as less a criminal than a revolutionary destined to topple the bourgeois society he holds in contempt. At this point, Cassel, who has been magnetic throughout anyway, seizes the opportunity to play a role rooted in something in more specific than the usual profane macho tics. In the tradition of most classic movie criminals, Cassel’s Mesrine is ultimately a frightening yet pathetic creation, and the film finally undermines the collective three hours of hero worship with a prolonged, brutally violent murder sequence that’s most shocking of all for its pointlessness.

By now, the film has built to the more somber ending we’ve been expecting, but Richet admirably (mostly) manages to avoid mounting the soapbox bluntly decreeing that crime doesn’t pay. At times, Public Enemy # 1 resembles a pulpy Carlos in relying mostly on the expressiveness of its performances and the physical immediacy of its many set pieces to land its points. But this film, unlike Carlos, doesn’t really have much of a point beyond terrific widescreen action sequences and Cassel’s towering performance. Mesrine is a pretend epic just enjoyable enough to make you wish that Cassel would get a real one.

This DVD sports a transfer as good as the one for Killer Instinct. Once again, Jean-Francois Richet’s wide, sometimes nearly candy-colored compositions are balanced nicely with that chic 1970s grain with which filmmakers are so taken. The splashes of color, particularly red, contrast nicely with the darker, subtler colors, and the vibrancy of the blood isn’t lost here as it is with some transfers of certain films with high (or memorable) body counts. The sound is every bit as rock-’em-sock-’em as you hope for this sort of movie, which is most disturbingly exemplified by the sickeningly precise sound effects for that aforementioned murder.

Once again, there’s an English-language dub track for those who like that sort of thing. Otherwise, there’s just the trailer and promos for upcoming DVDs.

Mesrine is a pretend epic just enjoyable enough to make you wish that Cassel would get a real one.