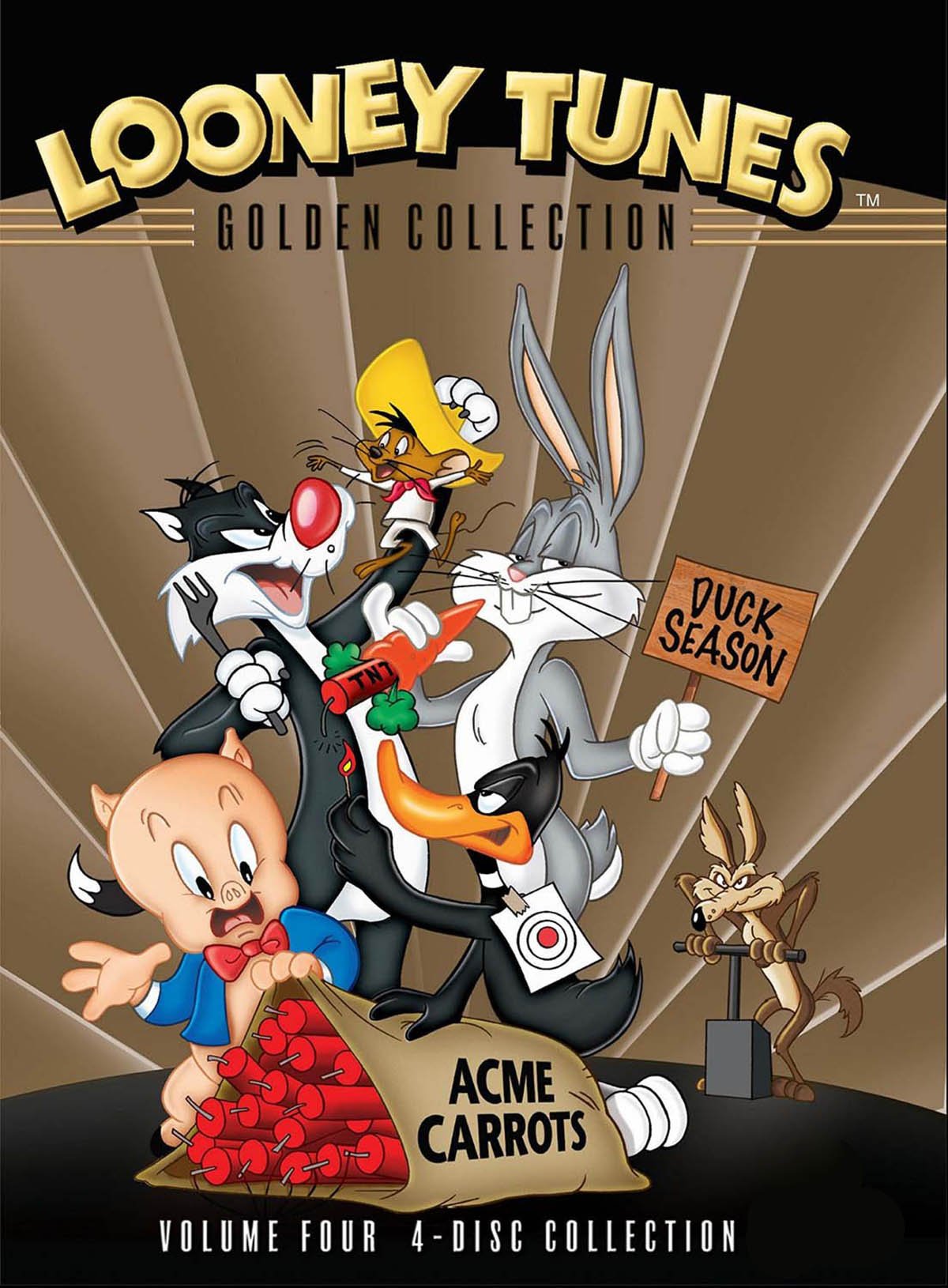 Perhaps sensing that Whoopi Goldberg’s disclaimers on the last Looney Tunes Golden Collection were overzealous, Warner Home Video has replaced the actress-comedienne with a simple title card, which informs us that the Looney Tunes collected here are products of their time that don’t reflect the current political climate or mood of the studio, which, some of you may note, was responsible for pushing Poseidon into theaters earlier this year. Though the Bugs Bunny cartoons collected on disc one are a long way from the masterpieces available on the first two Golden Collections, there are bright spots here: a hilariously faggy Bugs getting out of a tight spot in “Mississippi Hare,” a great Chuck Jones and Michael Maltese collaboration that cleverly toys with the ethics of the South (and boasts great backgrounds from the unsung Peter Alvarado); Bugs deflating, over and over again, a talking Wile E. Coyote’s ego in “To Hare is Human,” another Jones-Maltese effort that features Bugs absurdly singing “Sweet Georgia Brown” as he gets into an elevator filled with explosives; and “Rabbit Romeo,” notable mostly for June Foray’s brilliantly freakish voicework. We love Tashlin, but none of the shorts collected on disc two are representative of this great director’s talents, except perhaps for “The Case of the Stuttering Pigs” and its frightening textures, the nutty “Now That Summer is Gone” and its crowd of cute critters, and “The Stupid Cupid,” which reaches some sort of apotheosis in unintentional vulgarity when Daffy refers to Porky as the “bareback bandit.” Disc three, devoted entirely to Speedy Gonzales, is almost too depressing to talk about, but I’d be remiss if I didn’t say that the background beauty of some of these shorts betrays the studio’s budgetary constraints at the time. The last disc is a pleasant surprise, a “Kitty Korner” of feline-centered delights, including the great “Kiss Me Cat” and “Go Fly a Kit,” both starring a cute little kitty who innocently defies expectations, behaving in ways that come as a shock to the world around him. Does this mean we can expect canines to stake out crucial real estate on the fifth Golden Collection? If so, this bodes well for anyone hoping to see “Chow Hound” and “A Hound for Trouble,” two unsung treasures from the Looney Tunes vault, reach DVD for the first time.

“Fully restored and completely remastered” may have been an overstatement on my part when I reviewed the first three Golden Collections. The staircase in Porky’s house and the fire that Bugs Bunny uses to keep warm in “Rabbit Romeo” are loaded with artifacts, but that’s nothing compared to the layers of dirt and flecks that move, amoeba-like, across the backgrounds-subtly but still noticeably-in shorts like “Knight-Mare Hare.” The mono track impresses during later shorts, when it’s obvious that studio animators were trying to disguise the squeeze given to their art departments by pumping up the sound.

As usual, commentary tracks are available for about a third of the shorts on each disc. Their voices pulled from the Warner archives, Frank Tashlin, Friz Freleng, and Chuck Jones discuss a number of their films. Most memorable is Freleng, who explains the dirty joke that would give birth to Speedy Gonzales; filmmaker Greg Ford, who headlines the commentary he shares with Freleng on “Mexican Boarders,” presents a great defense for Slowpoke Rodriguez and the stereotypes Gonzales’s sidekick was actually trying to subvert. Also notable is June Foray, who turns 90 next year and reprises her full-figured Slobovian kitty voice for a discussion with historian Jerry Beck on “Rabbit Romeo.” Spread out across these four discs is the Bugs Bunny Superstar documentary, music- and effects-only tracks, featurettes on a number of luminaries (Freleng and the great composer Raymond Scott), a horrendous Porky and Daffy short from this year and a number of promos (“Powerhouse in Pictures,” a head-scratching montage of powerhouse moments form the Looney Tunes vault, and the self-explanatory “Fifty Years of Bugs Bunny in 3½ Minutes”) that have no business being here, and an assortment of shorts from the archives, including “Censored,” “The Goldbrick,” “The Home Front,” and “Dafty, Isn’t it?,” and “90 Day Wondering.” Most notable, though, are two shorts, “Little Chic’s Wonderful Mother” and “Tony and Clarence,” constructed from stunning sketches from the great Tashlin’s storybooks.

No gravy or pasta fagiole? Maybe next time.