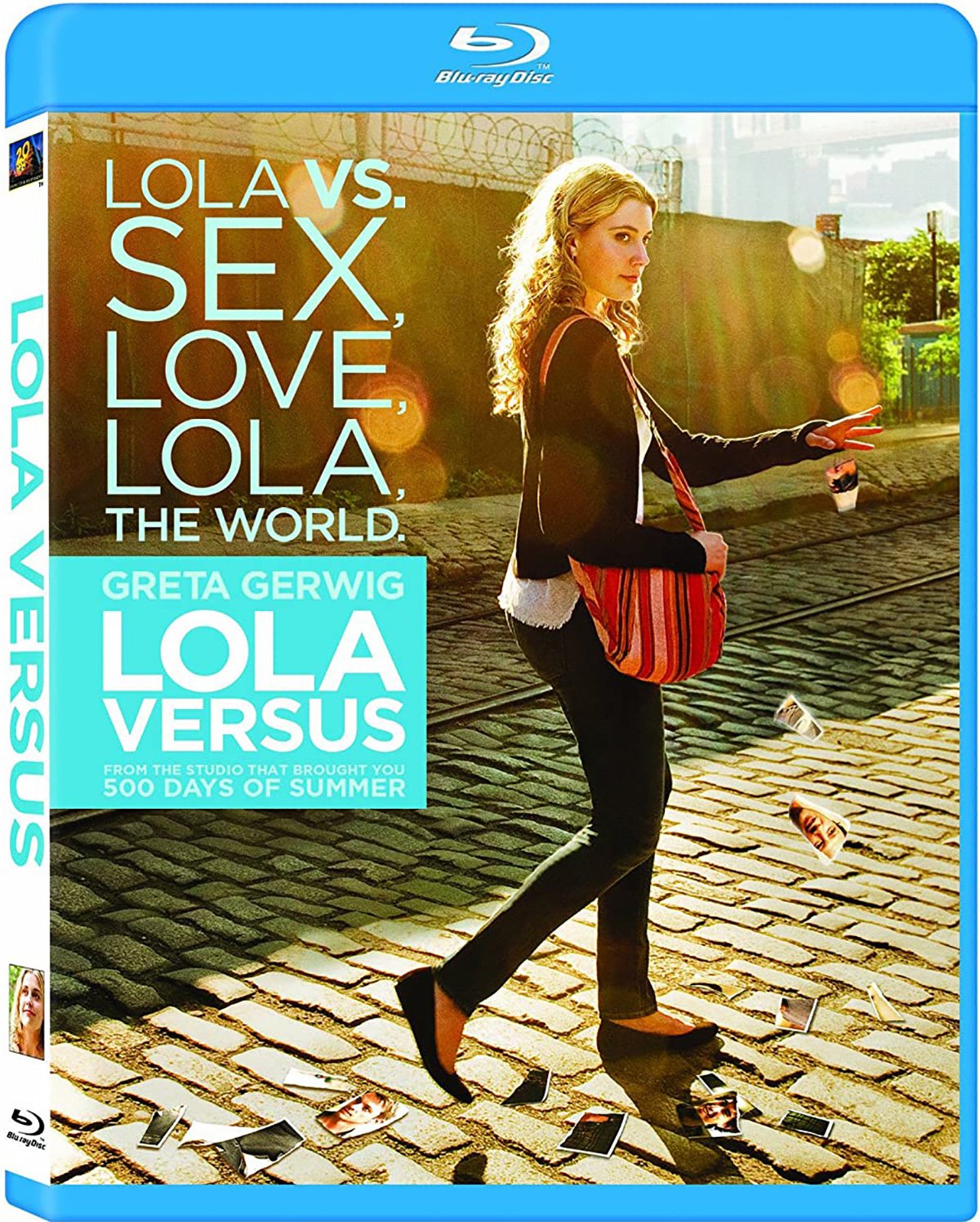 Daryl Wein’s Lola Versus is another romantic comedy primarily aimed at female viewers that portrays all women as idiots endlessly given to self-absorbed kvetching. It follows late-twentysomething Lola (Greta Gerwig), an aspiring writer (natch), as she struggles to regain her bearings after her hunky fiancé, Luke (Joel Kinnaman), inexplicably dumps her not long before the arrival of the big day. What follows will be familiar to anyone who’s seen a romantic comedy in the last 30 years: She whines to her requisitely lonely-horny bestie and requisitely kooky parents, indulges the requisite food binges, and falls into bed with a host of requisitely strange lovers who’re meant to reflect, in sitcom terms, the difficulty of finding that ideal someone to wake up with in your fashionable NYC loft.

The film’s poster announces that Lola Versus is from “the studio that brought you (500) Days of Summer,” and while that sort of claim is usually attached in an amusingly misleading bid to associate a film with a prior hit, it’s fitting here, as Lola Versus, like that film, represents a trend of attempting to update old tropes to appeal to Hollywood’s stereotypical vision of Generation Y. (500) Days of Summer and Lola Versus, among several others, feature: not-quite-A-list stars mixing with a gallery of even lesser-known eccentric supporting players; a collection of self-consciously marketable, but not too marketable, alt-rock singles on the soundtrack; a looser, grainier aesthetic; as well as the predictably irritating dollop of irony to ensure that viewers know that anyone anywhere on the planet understands just how lame these proceedings are. These films embody the hypocrisy of the franchise boutique by peddling young adults a convention, in this case the dated princess fantasy, with superficially hip accessories so as to flatter Gen Y’s distinct preoccupation with appearing to possess individuality without having, in reality, to venture too far outside of prescribed social moors.

By itself, Lola Versus is harmless, a run-of-the-mill bad movie, but its aggressively narcissistic meaninglessness is grating, particularly in a culture that sees the arrival of at least a dozen such films a year. No character in this film ever voices a compelling thought, as everyone is running around to their friends’ lofts and bars getting loaded and looking to “find the right person.” That might work if the shallowness, which is, sadly, born of truth, were portrayed with any sense of irony, sadness, or urgency, but director David Wain and co-writer Zoe Lister-Jones, who insist on the Blu-ray commentary that this is most people’s story, clearly unconditionally accept Lola’s worldview as indicative of the prototypical young American unconcerned with anyone but themselves. It’s a possibility that, frankly, sounds more appropriate for a horror film.

The most inviting aspect of Lola Versus is its look, which is appealingly warm, sunny, and somewhat grainy. With the exception of a few night scenes, the film appears to have been shot mostly during sunrises or sunsets, and the NYC buildings and streets have a vibrant, lived-in texture that suggests a better movie. This transfer lacks clarity in a few of the night scenes (the blacks are a little fuzzy), but the daylight sequences that dominate the film have been preserved with a fidelity to the intended colors that generally pleases the eye. This film, which is mostly compromised of characters talking in variations of two-shots, doesn’t give the 5.1 DTS-HD MA track much of a work out, but the crowd scenes have been mixed with care to achieve a reasonable amount of dimension.

The commentary by co-writer/director Daryl Wein and co-writer/actress Zoe Lister-Jones is characterized by a tone of self-conscious bemusement that should appeal to fans of their film (I pretty much checked out the moment Lister-Jones described Debra Winger as “original gangster”). Among the deleted scenes is a brief moment, in which Lola and her friend breeze past a news item to cluck over a bridal announcement, that should’ve made it into the final film, as it playfully acknowledges that the filmmakers do, indeed, possess a bit of perspective on their protagonist’s prevailing frivolity. The rest of the deleted scenes, as well as the outtakes, are of little note, and were obviously removed primarily for the usual issue of pace. The various featurettes—”Greta Gerwig: Leading Lady,” “The Filmmakers,” and so on—are promotional items produced to air on FX that will be of little interest to anyone except the staunchest of PR junkies. Rounding out the package is the theatrical trailer.

Lola Versus is for anyone who still finds the self-involved romantic-comedic travails of a floundering yet privileged aspiring writer amusing.

Review: Midnight Mass Is a Nuanced, If Redundant, Study of Blind Faith’s Allure

Blu-ray Review: David Fincher’s The Game on the Criterion Collection