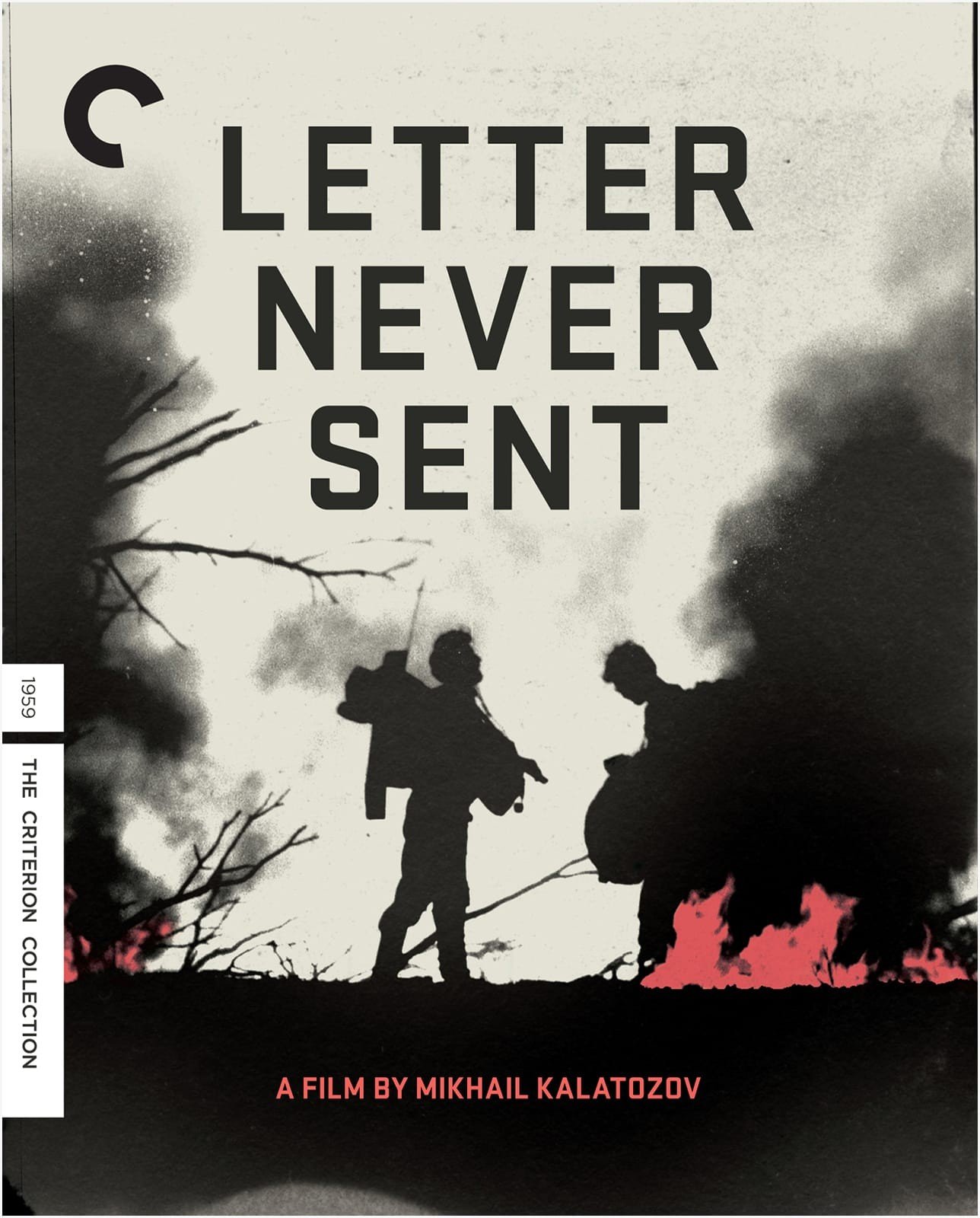 One of the lesser-known quantities in Soviet sound cinema, Mikhail Kalatozov, who began making films during the silent era, is best known for 1964’s I Am Cuba, though cinephiles will also recognize Salt for Svanetia and, thanks to the Criterion Collection’s efforts, his elegiac drama of war and remembrance, The Cranes Are Flying. Kalatozov’s direction is readily identifiable by the way he conveys—or amplifies—emotional states through what can only be (inadequately) described as a kind of “total cinema.” Frequently collaborating with the brilliant cinematographer Sergei Urusevsky, Kalatozov created deep, exuberant, and highly mobile mise-en-scène, often employing elaborate tracking shots to create his effects. Seemingly unconcerned with scoring political points or even telling a particularly robust story, the frames of a Kalatozov picture, even at rest, overflow with feverish emotion.

This is never more true than with 1959’s Letter Never Sent. From the opening minutes, my hastily scribbled notes say: “Flaherty – Malick – Polanski?” As four intrepid explorers are deposited in the autumnal Siberian wilderness, a sort of love quadrilateral forms as maddening, unforgiving forest primeval begins to erode the group’s happy unity. Descendants of the revolution’s clean-faced, do-gooder farm youths, the quartet consists of one attractive woman and three guys: the weakling academic, the mid-sized pragmatist, and the hulking brute. The glorious Mother Russia is only depicted through an oblivious voice on the other end of their radio. Their only connection to civilization and modern life can receive transmissions but can’t send their distress signals; the tinny voice congratulates them on their achievements while they struggle through hazards of ice and fire.

The story is rudimentary, a sort of progenitor of countless isolation/survival/looming madness dramas, which range from The Shining to Meek’s Cutoff. Kalatozov and Urusevsky regularly employ wide-angle lenses (and the Academy frame) to construct dense, yawning enclosures, in which human forms are dwarfed or enlarged with such casualness that they seem to be shape-shifting; in one shot, they might seem to be the dominant element, in the next they might be drowning in the morass of shapes and lines. The effect of this relentless, bustling activity is a frame that’s always alive with mercurial energy, and where the feat of cinematic extravagance easily compensates for a story that’s occasionally lost in static.

Criterion unearths another unknown soldier from a national cinema that’s too often reduced to a handful of familiar names, such as Eisenstein and Tarkovsky. It’d be unfair to the giants of Soviet film to claim that Mikhail Kalatozov is the former superpower’s greatest visual director, but Letter Never Sent makes it clear that the iconic I Am Cuba crane shot wasn’t this particular pony’s one trick. Aside from breathtaking technique, the film’s silver nitrate woodcuts, teeming with piercing white sunbeams, and crowded with tall, occasionally burning trees, practically swallow up the viewer. Working with pristine materials, Criterion’s blue-ribbon authoring is, of course, flawless, as is their uncompressed monaural track, which is as dense with human lamentations as mother nature’s libidinous, murderous roar.

Like the recent Three Outlaw Samurai, Criterion is content to let this pretty debutante wander around without a chaperone. Accompanying the bare-bones single disc is an essay by film scholar Dina Iordanova, who does a fine job establishing the film’s historical context.

Cinematic virtuoso Mikhail Kalatozov’s slightly deranged great-great-uncle to everything from The Blair Witch Project to Rescue Dawn gets a no-frills but flawless high-definition release from the Criterion Collection.