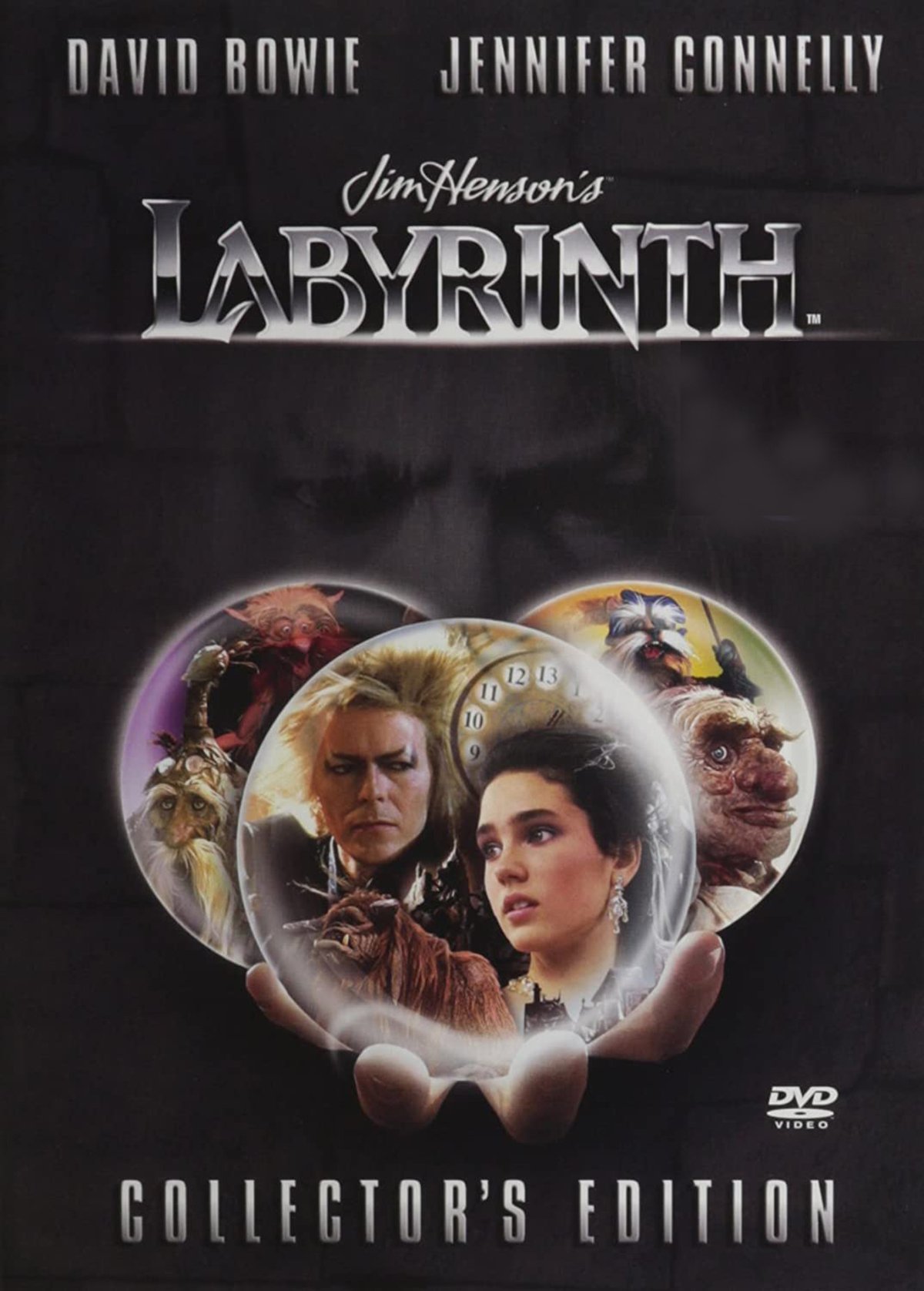 For all its visual inventiveness, there’s something inert about the late Jim Henson’s 1986 fantasy adventure Labyrinth. Plucky Sarah (Jennifer Connelly), enraged by her stepmother’s demand that she baby-sit her infant brother Toby, flies into a temper tantrum during which she wishes that goblins would take the annoying tyke away. When her request comes true, Sarah must venture through an immense labyrinth to rescue the child from the clutches of the Goblin King Jareth (David Bowie). The Henson creatures on display are magnificently strange, and the director takes his time with each sequence, making sure that we’re able to appreciate the impressive craftsmanship on display. In fact, he often takes too much time. Sarah joins forces with a bundle of wacky sidekicks including the troll-like Hoggle and a Chewbacca-meets-Ghostbusters terror dog named Ludo. But the film never quite strikes the comfortable balance between ominous scares and cuddly cuteness that always defined Henson’s best work. The Muppet mastermind shoots for fairy tale grandeur in the tradition of the storybook classics found in Sarah’s bedroom (Alice in Wonderland, Snow White and the Seven Dwarfs, Where the Wild Things Are, The Wizard of Oz), and Connelly makes a precocious Alice/Dorothy, even if her non-stop courage and determination somewhat undermine what should be a quest in which she, and not her monstrous comrades, learn the importance of loyalty, sacrifice, and friendship. Sarah finally battles Jareth (Bowie sports a Tina Turner-ish hairdo and an outfit that combines vampire cloak with horse-riding tights) in a dazzling room filled with staircases that defy the laws of gravity by branching off in every direction imaginable. It’s an impressive set piece filled with typical Henson magic but it fails to obscure the film’s most phantasmagoric, not to mention eerie, moment: a creepy pedophilic musical number involving the androgynous Bowie’s attempted seduction of then-15-year-old Connelly.

Now in its third appearance on DVD (c’mon, Columbia, let’s give Anchor Bay and Halloween a run for their money!), the Collector’s Edition appears to be basically a replay of the Superbit release, but this is still a nice improvement over the first edition of the film. The 2.35:1 anamorphic transfer is more vivid than the original release, and the 5.1 remix is noticeably more crisp and roomy than the old 2-channel surround. Look no further than the film’s centerpiece “As the World Falls Down” ballroom fantasy, where the video handles about a hundred shades of creamy-beige drapery faultlessly and the shimmering score sounds like nothing so much as audio gauze.

Let’s get the bad news out of the way right now: the price tag. I don’t care what sort of rare materials and special supplemental features you put into a “Collecter’s Edition” DVD. A list price of $49.95 is one spicy-assed meatball to swallow any way you cut it. Of course, most collectors will accept this as par for the course. In addition to the original DVD’s features (of which only the superb “Inside the Labyrinth” making-of doc was worth keeping), the disc includes roughly 100 photos ranging from conceptual art to behind-the-scenes set photographs, as well as a collection of storyboards that are a bit too small to make out, really. Included in the box is a booklet with more preproduction artwork, a few character sketch cards (which are like really beautiful postcards), and something called a “scene composite,” which is ostensibly a crash course in green-screen and matting effects work as it features a nice-looking cel of Jennifer Connelly and the head-pulling goblins laid over a background forest painting. It’s nice and all, but the description on the back of the box promising a “unique, interactive showcase” is frankly a stretch. But, if these are the type of bric-a-brac that gets the collector type wet, who are we to scoff?

The Collector’s Edition appears to be basically a replay of the Superbit release, but this is still a nice improvement over the first edition of the film.