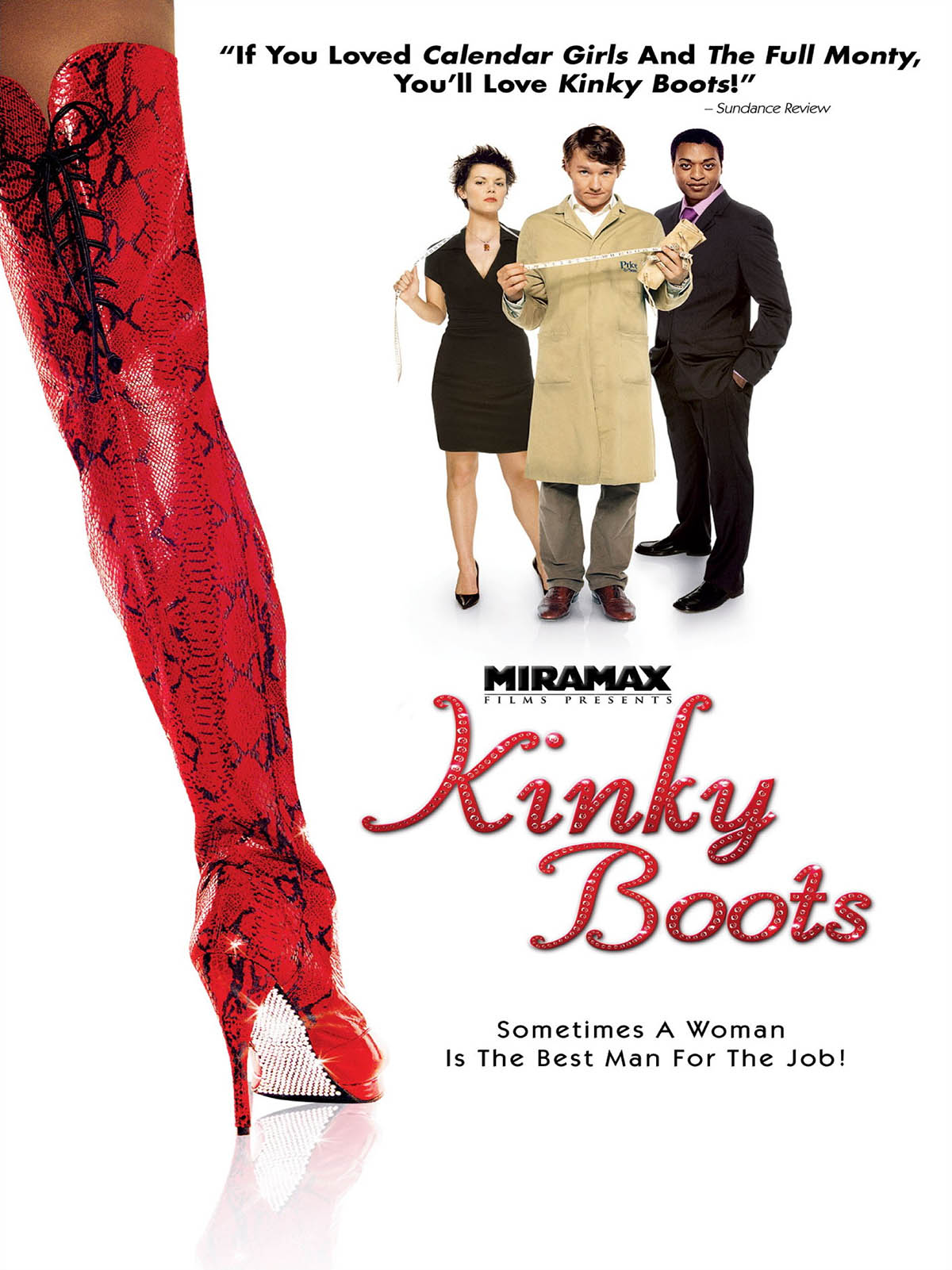 Back in high school biology, we used to measure the acidity of substances using water-soluble dyes and filter paper. Squirt lime juice on a blue strip and it might turn red. Place a drop of sodium hydroxide on a red band and it might turn purple. The process is called a litmus test, and in Julian Jarrold’s frothy Kinky Boots a drag queen serves the same paper-thin purpose. Saved from a bunch of phobes in a Soho backalley by a sadsack shoemaker named Charlie (Joel Edgerton), Lola (Chiwetel Ejiofor) returns her savior’s generosity by going to work at his factory, where she designs shoes for her underserved transsexual niche population while simultaneously testing the factory’s gay panic levels. When macho Don (Nick Frost) calls her queer, Lola throws shade, but when Charlie mocks her in-betweeness, she sheds a tear. But is Miss Thang sad because she’s still pining for her father’s love or do her feet hurt from having to walk around in women’s shoes all day? This needn’t be said, but Kinky Boots does not grasp what inquiring minds care to know. Somewhere in here there’s a Charlie and the Chocolate Factory joke waiting to be made, but this sour confection comes to us not from the mind of Rainer Werner Fassbinder or Trey Parker and Matt Stone, and as such is above that sort of provocatively crass teasing. This being another live-action cartoon from the makers of Calendar Girls, though, we are instead subjected to the sight of little old ladies gawking at red, thigh-high stiletto boots with such horror you’d think Lola had lifted her skirt and shown them her member. Something of a two-for-one special, the film puts on an insipid drag show for middlebrow audiences and allows them to confuse its tolerance of dickless queens for progressivism. Somewhere, Jeffrey Lyons is rolling on the floor laughing.

A succulent image, almost perfect except for the edge enhancement that hugs most objects-not just Lola’s kinky boots. Audio is almost as sleek: The surround work is unpretentiously striking during many intimate scenes, though some hissing in noticeable during a few outdoor sequences.

A very cute featurette that intermingles interviews with the film’s cast and crew with footage from the set of the real Kinky Boots factory, an even cuter featurette that traces the journey of a pair of Brogues from a shoe factory to the shoe store, four hardly cute deleted scenes with optional director commentary, and an awfully vanilla commentary track with director Julian Jarrold and stars Joel Edgerton, Chiwetel Ejiofor, and Sarah-Jane Potts that focuses mostly on what was most cute during a particular day’s shooting. Lastly, it would appear that the people at Miramax Home Entertainment have confused the film for a sports picture, because trailers for Goal! The Dream Begins, Stick It, The Miracle Match, and The Heart of the Game have also been included here.

These boots, alas, are too creaky to be used for walking.