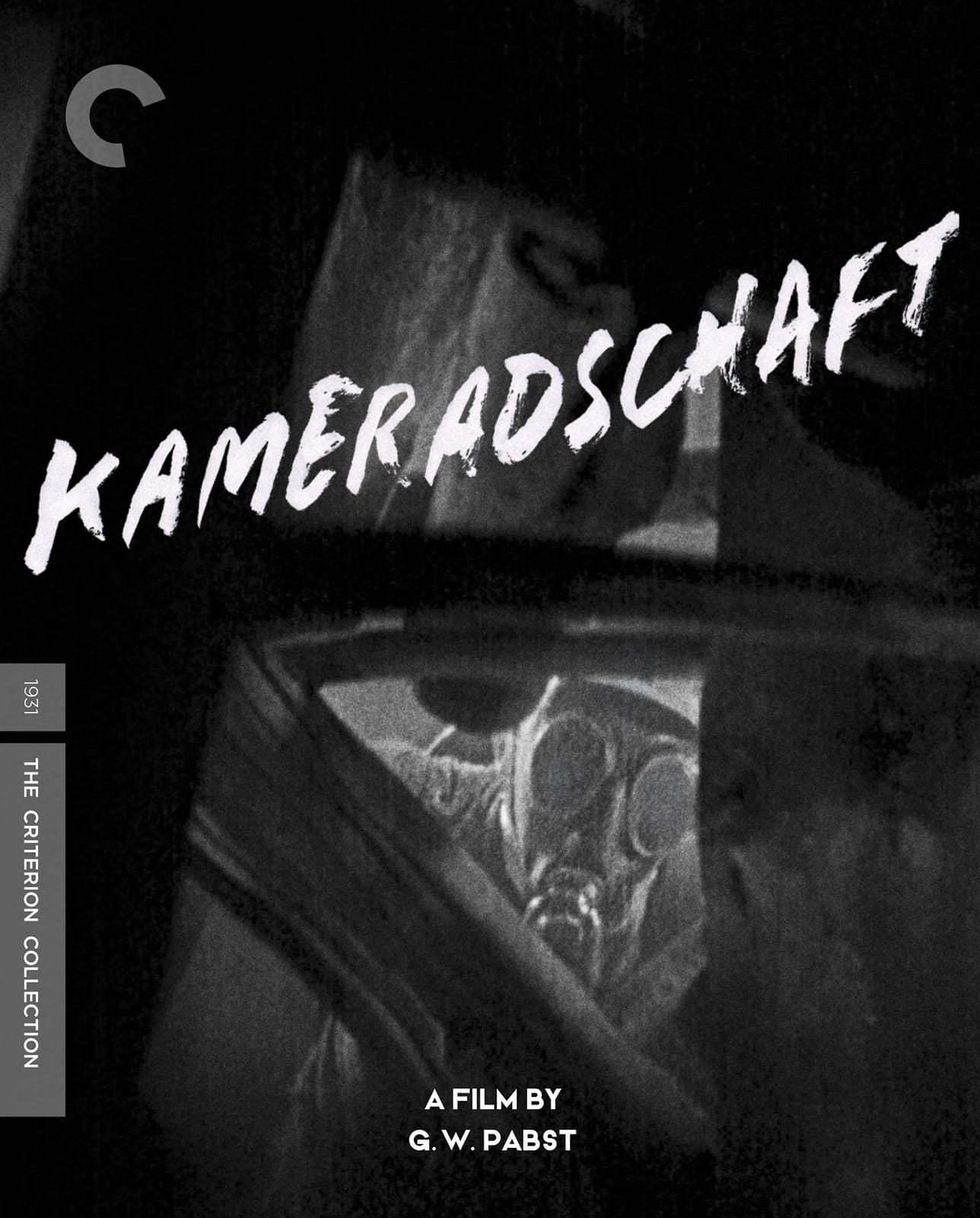 G.W. Pabst’s Kameradschaft attempts to exorcise the tensions existing between France and Germany a little over a decade after the end of World War I. The narrative is based on the infamous Courrières mining disaster, which killed over 1,000 miners in the Pas-de-Calais region of northern France in 1906. Though the location of the accident was nowhere near the French and German border, German rescue units helped the French in a stirring instance of cross-cultural comradeship, which roughly translates into German as “kameradschaft.” Pabst and his screenwriters—Ladislaus Vajda, Peter Martin Lampel, Herbert Rappaport, Karl Otten, and Anna Gmeyner—situate their film’s mining catastrophe in their present day of 1931, in an unnamed French mine right on the border between France and Germany. The change in locale streamlines a potentially sprawling narrative, squeezing the French and Germans together while symbolically expressing the claustrophobia of enemy countries who’re geographically stuck with one another.

The legacy of the Great War isn’t explicitly mentioned for much of Kameradschaft’s running time, and so audiences unfamiliar with the war’s history may assume that the resentment between the countries stems from the French mine’s financial success relative to its struggling neighbor. Early in the film, unemployed German miners try to cross into France to get work only to be rebuffed. The Germans enviously survey the enormous pile of French coal, though the French mine is unable to sell its product and is hanging on by a budgetary thread. There’s another complication as well: The French and German mines are actually a single cavity in the earth, separated by a wall built after the war. One might argue that the French won a geographic lottery, or that what’s France’s is really also Germany’s and vice versa.

This is a remarkable amount of social texture for any film, let alone a disaster film. Pabst saw cinema as a profound tool for social influence—in other words, as propaganda—but he also had to be careful while working in a Germany that was on the verge of elevating the Nazi party to the status of global enemy. Which is to say that Kameradschaft is specific about economic resentment but noncommittal on the social inequality that yields it. Regardless of country, the miners are bound by the punishing tasks of their profession and by financial insecurity. Until the film’s resonant and disturbing final image, Pabst doesn’t show how superiors benefit from keeping various factions of the proletariat at one another’s throats.

As film scholar Hermann Barth observes in a new interview included on this Criterion Collection release, Pabst sanded away the screenplay’s socialist undertones to evade risk of censorship or suppression. Such carefulness leads to scenes in which the director of the German mine agrees, with unbelievable ease, to allow his men to rush to the French mine after a gas explosion. Yet Pabst’s images complicate the narrative, as the boss is shown standing high on a top stair while a middleman stands closer to the bottom of the stairwell with the miners—a visual concept that illuminates the caste structures which go unmentioned in the dialogue. These contradictions in aesthetic and content inform Kameradschaft with an emotional ambiguity that might not have arisen from a more explicitly liberal film.

Pabst famously strove for “objective realism” in his films, but modern mainstream cinema has become so bland and generic that the filmmaker’s lucid sense of detail now feels alien, perhaps inadvertently suggesting expressionism. Cinematographer Fritz Amo Wagner’s camera glides through the French mine, drinking in the wood rafters, railways, and diamond-shaped coal. The tight mines are contrasted with the vast changing rooms of the aboveground offices, with chains that hang high from the ceiling for clothes, suggesting meat hooks. When disaster strikes, flames coil through the tunnels like a mythical serpent, and water swallows the floors, reflecting lamplights which illuminate the scattered appendages of the dead.

As men pull one another out of harm’s way, the dark and dirty mine tunnels become a metaphor for the trenches of the battlefields of WWI, positioning Kameradschaft as a kind of optimistic sequel to Pabst’s Westfront 1918. History would later refute Kameradschaft’s collaborative idealism with a ghoulish punchline, as Germany invaded France in 1940.

This disc doesn’t offer a pristine image, as the transfer abounds in the lines and cracks that are typical of a very old film. These blemishes tend to appear at the beginning and end of Kameradschaft, in the brighter passages set above ground. The pivotal portions of the film set underground in a French mine, however, are glorious. Blacks are nearly viscous and whites are luminous, a combination that informs the image with a prismatic, nearly three-dimensional quality. Facial details are extraordinary. One can see wrinkles and tears, as well as the shabbiness of the poverty-stricken people’s clothes. Many images are arranged to resemble religious tableaux, and one can discern the painstaking fashions in which light is used to heighten the misery, panic, and transcendence of various faces in physical extremis. Kameradschaft is 87 years old, and it has a visual splendor that shames much of contemporary cinema. The monaural soundtrack is the triumph of this restoration, though, rendering every minute, painstakingly captured sound a note in a diegetic symphony—such as the pounding of shovels, the clacking of coal onto metal sheets, and the hissing of fire.

On-screen text at the beginning of the film, included in the disc’s liner notes, explains that both French and German versions of Kameradschaft were shot simultaneously. This restoration is based largely on a German print, though the ending comes from French sources. As others have observed, then, this print embodies the sort of union that’s idealized by the film itself. Such historical context is complemented by the respective interviews with film scholars Hermann Barth and Jan-Christopher Horak, who provide illuminating descriptions of Germany at the time of the film’s production, of the historical tensions existing between Germany and France in the wake of WWI, and of G.W. Pabst’s aims and working methods. These supplements succinctly offer the context that’s necessary for understanding Kameradschaft. The interview with editor Jean Oser from 1988 is less necessary, though it includes more footage of the French version of the film. Rounding out a solid but slim package is a booklet featuring an essay by author and critic Luc Sante and, fascinatingly, the 1930 text by Karl Otten that initially inspired Kameradschaft.

Review: Louis Malle’s Elevator to the Gallows on Criterion Blu-ray