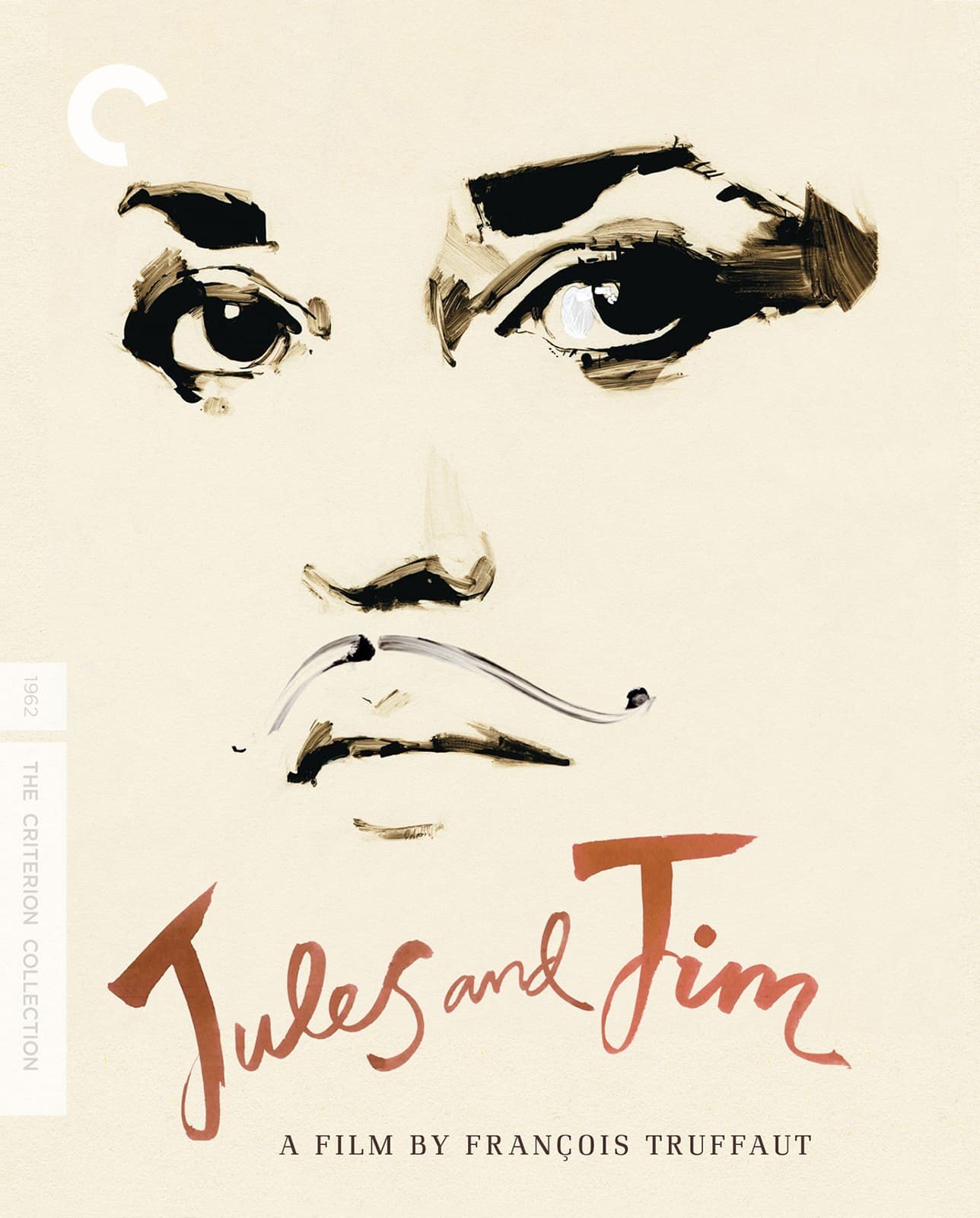 Jules and Jim honors director François Truffaut’s famous demand that a film either express the joy or the agony of making cinema. Set over several years in the early 1900s, the film charts a series of evolving relationships between Jules (Oskar Werner), a shy Austrian writer, Jim (Henri Serre), his friend and extroverted French aesthete, and Catherine (Jeanne Moreau), the spirited woman Jules eventually starts seeing. Jim’s initially content with hovering on the outset of their blossoming domestic reverie as the randy lone wolf, but that, in films as well as life, is never just that.

Though it sports a reputation as an intoxicating valentine to living life free and unfettered, Jules and Jim is actually one of the toughest and most despairing of cinema’s anti-romances; essentially it’s Truffaut’s Contempt, though more disturbing because Truffaut loves his characters and refuses to offer an equivalent to Jean-Luc Godard’s editorializing. Like that great film, Jules and Jim is an exploration of the price of bohemian life that questions whether such a life is even possible for folks who’ve been raised on conventional romantic notions of monogamy. Viewers revisiting the film for the first time in years might be surprised to recall that Jules, Jim, and Catherine are often nearly intolerable, boasting a level of self-regard that might even inspire pause in the most demanding of contemporary Internet-enabled narcissists. Jules and Jim are both cut from that classic cloth of white male that fancies himself more daring and flexible than he actually is: What they essentially want is the classic nuclear arrangement, but with a bit more catting around allotted to keep things from getting stodgy.

What Jules and Jim want is a variation of what the critic Nathan Rabin defined as the Manic Pixie Dream Girl: a woman who’s just spicy enough to superficially shake them out of a bourgeoisie rut without really causing any trouble that truly counts for anything. And Catherine isn’t going to play that role, because she’s at the mercy of the same delusions that stymie Jules and Jim: Her notions of her own specialty must be massaged at all times, and so there’s little room for her to stroke the ego of her suitors. Whenever Catherine’s in danger of merely being a participant in a conversation, she must run away or jump off a bridge, and the film’s tragic ending is merely a logical extension of her everyday theater. Displays of Catherine’s emotional damage continually refute Jules and Jim’s (and the contemporary male at large’s) idea of the adventurous but ultimately enabling romantic foil. Catherine inadvertently gives Jules and Jim what they think they want: a glimpse of the bloody maw of romantic chaos.

Truffaut acknowledges an element of romantic love that’s not often discussed, either in conversation or in art: that relationships require a metaphorical straight man, or more specifically a person who tends to the stabilizing and decidedly unromantic day-to-day elements of life. If Jules eventually arises as the true sympathetic heart of the film, it’s because his obsession with Catherine ultimately evolves into real love, or his closest approximation thereof, and because he’s willing to prove that love by playing the role of conventional wife. Jules is willing to efface himself, which earns Catherine’s love at the expense of her respect. Jim, by contrast, is truly Catherine’s equal in that he never wavers from their escalating gamesmanship, causing Catherine to reinvent the rules over and over again to desperately compensate for the confusion that Jim’s independence inspires. Catherine destroys Jules’s illusions about himself, but ultimately confirms Jim’s respective self-mythology, as a man of no singularly definitive home, to be true.

Jules and Jim is head-spinning because Truffaut doesn’t make a show of these ironies, but accepts them as a given part of navigating the texture of love in an age beset by art that traffics in so many romantic fantasies of fulfillment and closure. Art that exists to assuage our insecure suspicion that we’re playing the love game all wrong. Like Contempt, Jules and Jim is positively art-obsessed (with poetry, songs, sculptures, novels), but reveals art to be of only so much use in the face of humbling catastrophe. It’s a movie that honors and detonates the illusions of love in equal measure: Truffaut is too intelligent to fall for his characters’ malarkey, but he’s also too generous to judge them (in other words, he’s a major artist). Jules and Jim is a great testament to that governing inability to ever truly know someone, because your own obsessions and shortcomings will always be there to stand in your own way, and art, perhaps tragically, perhaps magically, can only provide a sense of containment and perspective of life as glimpsed from the rear-view mirror.

An obvious upgrade from the prior Criterion DVD edition, this Blu-ray boasts enhanced foreground and background clarity without compromising the scrappy on-the-fly allure of the film’s aesthetic. The disc looks good, but not too good in the tradition of Criterion editions that empower a film to look better than ever while allowing for the A/V specificities of its period of origin. Grain texture hasn’t been scrubbed too much, and the frequently in motion handheld shots are appropriately somewhat soft while simultaneously rich in the minute details that tend to be lost from well-worn film prints of VHS tapes or poorly transferred DVDs. The French LPCM monaural track is cleaner and richer than the prior Criterion DVD, and might even boast more detail than the excellent image.

These supplements have been ported over from the previous Criterion DVD edition, but it’s a collection that merits the repetition. The two audio commentaries boast a wealth of information, but really involve too many personalities to allow for the kind of direct speaker-listener rapport that’s ideal for such a feature. The interviews are considerably more engaging, particularly the five long pieces with director François Truffaut that span his entire career, affording a sense of compression that provides a succinctly fascinating portrait of an artist’s evolving public opinion of one of his key works. These interviews spotlight Truffaut’s restless and startling intelligence, which can produce thoughts of seemingly casual profundity, such as the director’s admission that he prefers films about solitude because they allow the viewer to be the hero’s friend, rather than feeling like a “third wheel” if other friends are about on screen.

The director also waxes quite eloquently about the unusual age relationships between the key collaborators and how they influenced the film’s oddly specific texture of lost timelessness: Jules and Jim author Henri-Pierre Roché was in his 70s when he wrote the novel, and Truffaut wasn’t quite 30 when he shot the film. As Truffaut says, Roché was taking refuge in autobiographical events that happened 50 years prior, while he was dreaming of a life he had personally yet to live. (It’s an admission rendered retrospectively poignant in light of Truffaut’s early death.) The interviews with co-screenwriter Jean Gruault and cinematographer Raoul Cotard provide a shrewd nuts-and-bolts portrait of the day-to-day shaping of the film that’s complemented by the excellent booklet, which features an essay by critic John Powers, a 1981 piece by Truffaut on Roché, and script notes from Truffaut to Gruault. This package really is film school on a disc.

Just in time for Valentine’s Day, François Truffaut’s pioneering French New Wave masterpiece arrives to remind us of love’s myriad self-delusions. And looking better than ever to boot.