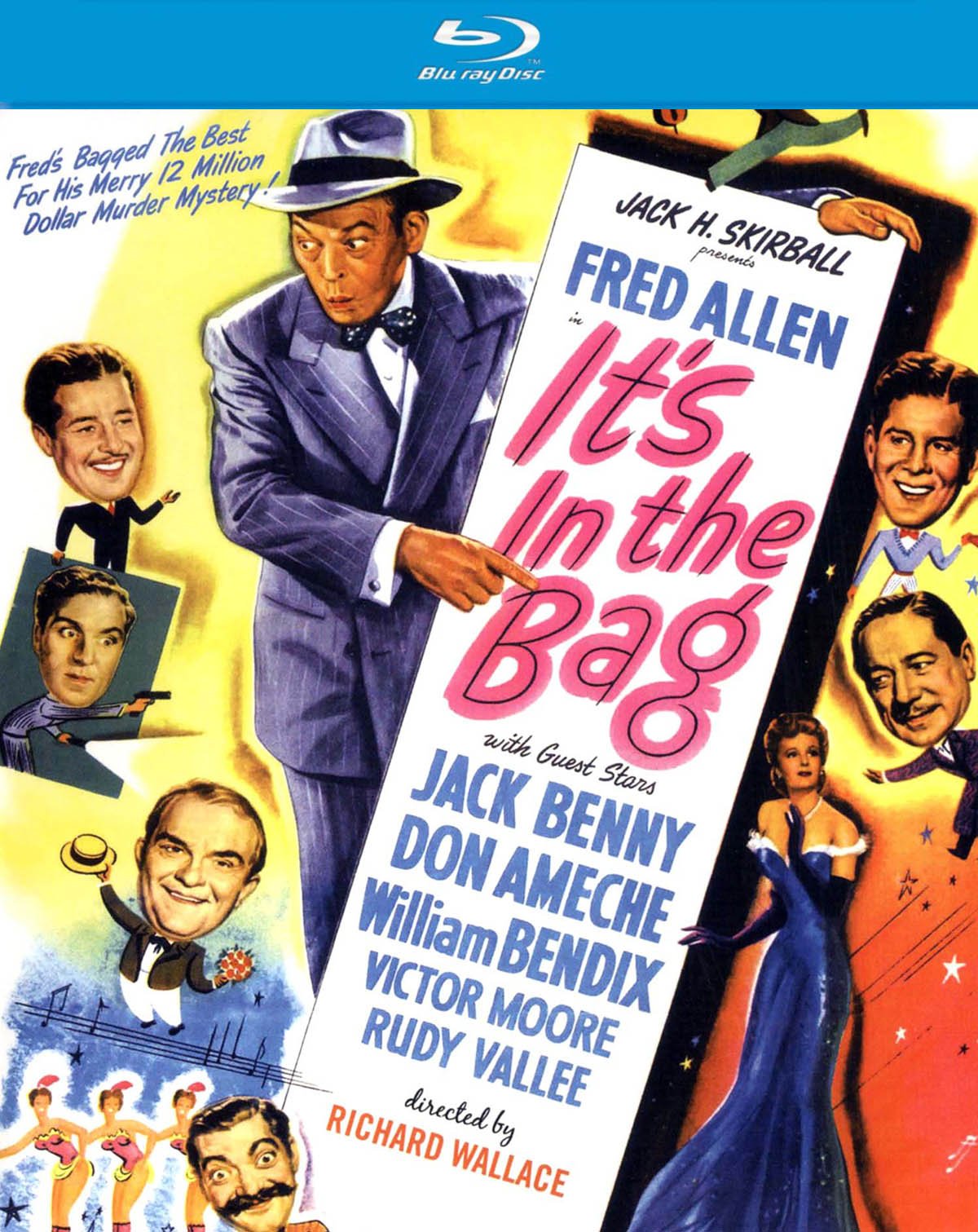 Much like Jack Benny’s plot-oriented radio and television programs provided an early template for situation comedy, there are few post-‘60s topical absurdists who haven’t in some way responded to the legacy of Benny’s good-natured archrival, Fred Allen. A baggy-eyed wiseacre whose humor, unlike that of Benny’s celebrity-miser, inflated the nonsensical nature of day-to-day interactions, Allen adopted the persona of a sarcastic everyman whose patience could be tested, week after week, by a set of stock characters. “Allen’s Alley,” the most popular segment of his radio broadcasts, updated the routines-sans-context of burlesque by allowing coarse bit players to riff on recent news (however incongruously) at Allen’s solicitation—a formula that inadvertently preserved parts of vaudeville’s hackneyed mosquito in modern amber. (One of the show’s most risible mainstays, the blustery Southerner Senator Claghorn, later the inspiration for Warner Bros.‘s pompous poultry Foghorn Leghorn, once answered a question concerning traffic congestion with a boast that he’d “leant Mason and Dixon the chalk before they drew their line.”) This approach proved more durable than the material it produced; while Allen is no longer a household name, one can place Saturday Night Live’s character-driven satire, as well as the zany filler provided by David Letterman and Conan O’Brien, comfortably within the vicinity of “Allen’s Alley.”

It must be said that any cross-sampling of Allen’s shtick is likely to contain one or two bristle-worthy regional exaggerations, but far more salient is the comedian’s overarching observation that local and cultural pride too often engender provincial xenophobia. This sly crusade against social insularity wasn’t limited to depictions of ethnic diversity in Allen’s universe either: A skit in the only film over which Allen had creative control, It’s in the Bag!, is a tour de force of class (un)consciousness. In the scene, Allen’s avatar, Fred Floogle, and his wife, Eve (Binnie Barnes), are beckoned into a movie theater by a barker advertising “Immediate seating!” Upon entering, the couple encounters an over-capacity nightmare worthy of Buñuel: They’re first forced to hunt down seats in the “stratosphere” (a balcony suspended at altitude sickness-inciting heights), and then resolve to demand a refund from an unsympathetic theater manager. The sequence’s pathetic humor pivots on the magnified distance between the needs of consumers, who merely want for what they’ve paid, and those of commercial tradesmen, who want merely to be paid. In theory, these desires should interlock, but socio-economic myopia—the inability to recognize and respect one’s station in a larger, if invisible, system—prevents them from doing so.

The scene is also emblematic of Allen’s perversity as a performer. Preston Sturges may have made a brief career out of blowing elegant raspberries at the Hayes Code, but It’s in the Bag! goes remarkably far out of its narrative’s way to insult the very businesses that will be presenting it to the public. The “no seating” gag has almost nothing to do with the plot of the movie—a riff on Ilf and Petrov’s oft-adapted The Twelve Chairs wherein Floogle, a flea-circus ringmaster, hastily sells an inheritance of five antique chairs before learning that his departed uncle had stashed $300,000 in one of them. But then, precious few of the movie’s most entertaining moments are at all concerned with story; it’s a crucial tendency of Allen’s conversational satire to delay rather than catalyze inevitable outcomes with jokes. (Allen very conception of “conversation” might be paraphrased as the forestalling of a desired conclusion—a parting of ways—with undesirable content.)

So the search for the chairs fittingly provides the protagonist with a scant excuse to walk down the cinematic appropriation of “Allen’s Alley”—a path to financial redemption blocked by guest stars and stereotypes. (Further padding is provided by cockeyed subplots: A nefarious lawyer played by John Carradine tries to trick Floogle out of his birthright in one of these, while Floogle’s daughter seeks to marry the scion of a local pest exterminator in another.) Floogle visits Jack Benny, for example, after learning that one of the coveted items has fallen into the latter’s penny-pinching hands; after Floogle infiltrates the celebrity’s house by posing as a Jack Benny fan club president, Benny sells him a necktie. (The cash register in his cabinet provides exact change.) Later, while trying to reclaim two of the chairs from a nightclub, Floogle discovers Don Ameche, Robert Benchley, and Rudy Vallee posing as singing waiters—another far-fetched vignette that appears to undermine its participants’ self-mocking poses with a near lack of relevance to the primary conflict.

This modular mismatchedness, however, suggests another key attribute of Allen’s comedy: that a “near-lack of relevance,” as opposed to a complete one, is what distinguishes purposeful absurdism from anarchy. Even the hell-is-a-movie-theater scene finds its footing—or, rather, its seating—when the cinema manager, less than eager to offer a refund, pulls from his office closet a recently acquired chair for Floogle to use in an aisle. (You can guess the rest.) Indeed, all of It’s in the Bag!’s individual set pieces, though seemingly unrelated, maintain a narrow sliver of germaneness. And the manner in which Allen stuffs his comic genius into each of these hairline cracks of pertinence becomes a kind of magic trick.

An apropos-of-nothing cameo by Minerva Pious, whose Russian-Jewish familial kvetching often graced Fred Allen’s radio program, seems proof enough of the control the comedian was able to exercise over the content and casting of It’s in the Bag! The cinematography by Douglas Sirk regular Russell Metty, however, was also an undeniably crucial contribution to the film’s success; Allen’s wild tonal shifts wouldn’t have been nearly as convincing without Metty’s careful coordination of each scene’s shadow and space. Compare the Jack Benny sequence with the noir spoof that occurs late in the film: While both take place chiefly in drawing rooms, Benny’s home is flatly illuminated and visually inviting compared to the menacing outlines of back light in which Metty photographs William Bendix and his gang. Olive Films’s high-def transfer of the movie, some “soft” pixels notwithstanding, communicates the extent of Metty’s visual aplomb with delightful clarity. The movie just wouldn’t be nearly as funny as it is with the moody noir simulation, or the dozens of other ideas Metty pulls off. The sound mix is also quite audible, though the music garbles the dialogue in one or two spots.

There’s nothing in this bag.

“Television is a medium,” Fred Allen once said, “because it is neither rare nor well done.” It’s in the Bag! hilariously proves that he likely held film in similar esteem.