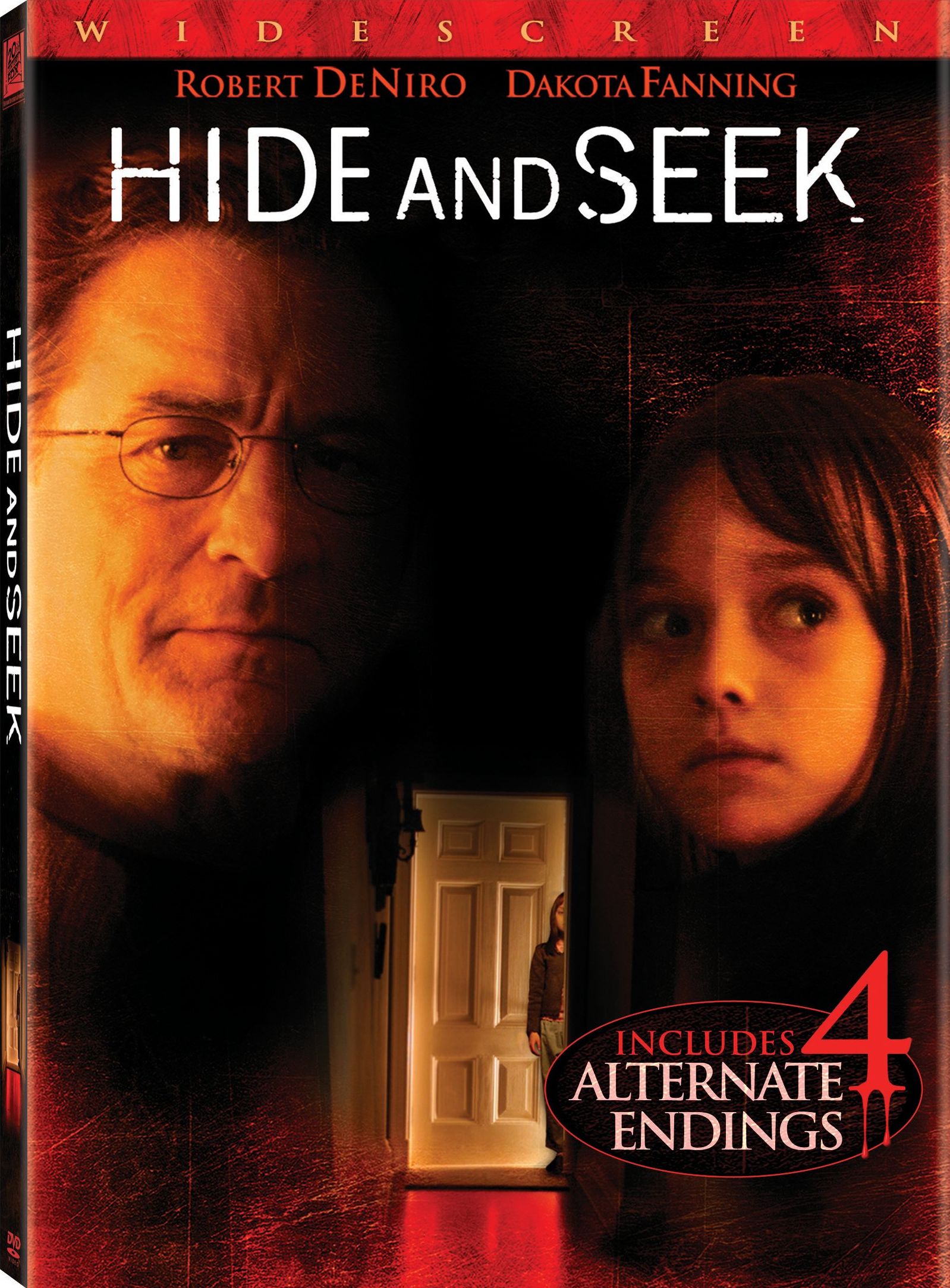 A Frankensteinian fusion of every thriller made in Hollywood from Rosemary’s Baby to Don’t Say a Word, Hide and Seek is as nuts as Dakota Fanning. (Beware: Spoilers lie herein.) It’s as if the method-y actress’s eyes in the film seem to be part of an elaborate equation consisting entirely of bad horror tropes and trashy psychological symbolism that may as well have been written out by failed-psych-majors-turned-wannabe-screenwriters. In essence: Dakota Fanning’s Iris = The Big Black Cave Outside Daddy’s House = Daddy Possibly Wants To Touch (or Kill) My Pussy(cat). After doting-mom Alison Callaway (Amy Irving) commits suicide (or did she?), her psychologist husband David (Robert De Niro) and their daughter Emily (Fanning) land in Woodland, New York, where Emily gets cozy with a possibly imaginary entity named Charlie. Katherine (Famke Janssen), a protégé of David’s, intermittingly pops into frame with the express purpose of unpacking Emily’s psychological baggage for anyone in the crowd with the I.Q. of a peanut (to wit: “Trauma causes pain—eventually the mind will learn how to release it”). True to form, Fanning’s performance is at once hilariously and terrifyingly mannered (like a greatest-tics-package culled from the Jennifer Jason Leigh catalog), her eyes a constant source of wonder. Though the size of Fanning’s gigantic irises suggest the actress chose to evoke her Pavlovian dog’s deep-rooted trauma by blinking as little as possible, this questionable exercise (note to Datoka: ask yourself, “What would Meryl Streep do?”) does manage to work its way seamlessly—however ridiculously—into the film’s lame-brained obsession with the unconscious. It’s a formula that’s scarcely fleshed-out, which is to say that the film belongs to that genre of bad horror flicks that include Gothika and The Ring, where gimmickry and loud flashes frequently try to pass for psychological insight.

Nighttime is more genuinely conveyed than daylight on this Hide and Seek DVD. Blacks are deep and shadows are strong throughout, but edge enhancement and other problems crop up during the film’s precious few daytime scenes: For example, when De Niro and Fanning’s characters go fishing, the light cast on the trees in the forest shows a slight edginess. But if you also consider the black band that appears around the lamp in Fanning’s bedroom in one sequence, you could say this transfer is afraid of the light across the board. The Dolby Digital 5.1 surround track is nothing special, but the DTS track is, especially when De Niro has one of his psychotropic episodes early in the film.

Director John Polson, screenwriter Ari Schlossberg, and editor Jeffrey Ford talk about Hide and Seek as if it were Citizen Kane on their commentary track, discussing everything from the involved title sequence to the complexity and “heart” of Schlossberg’s script, which didn’t change too much from its initial incarnation to the time it reached the screen. Rounding out the disc is 14 deleted/alternate scene, four alternate endings, a making-of featurette during which the cast of the film shows gratitude for Polson’s background in acting, and three previs sequences (apparently a techie jargon for rough conceptual sequences of live action intercut with storyboards).