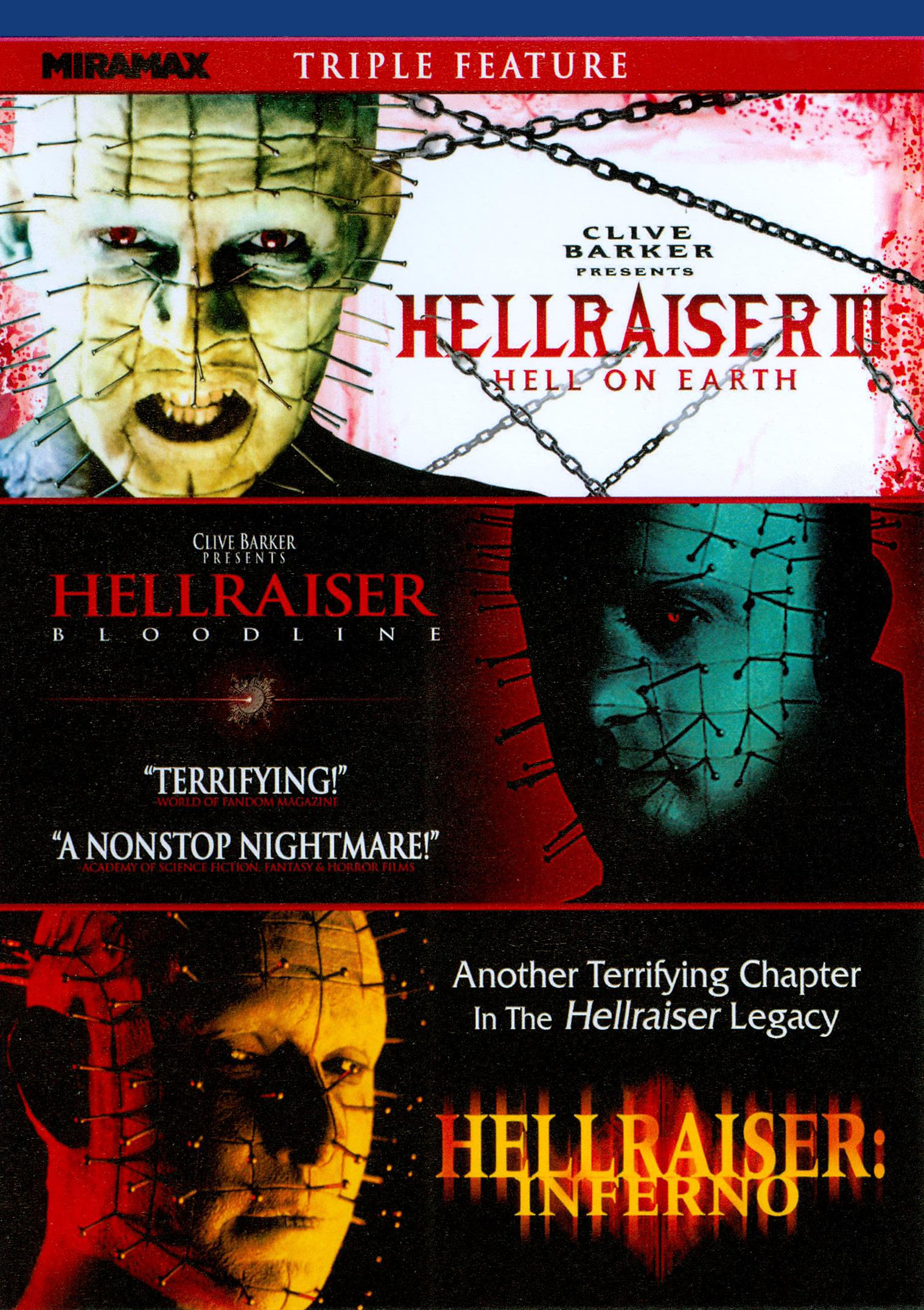 No matter where he is, in Hellraiser: Hell on Earth’s decadent New York or Hellraiser: Bloodline’s outer space, the villainous Pinhead (Doug Bradley) is always spluttering about how all-powerful he is. He does this while ripping the skin off of his victims using his signature black chains and fishhooks. Complaining that a conceit isn’t scary is surely the last bastion of stumped horror fans everywhere, but Barker’s baddy isn’t even a little frightening.

Then again, Pinhead was never designed to be anything more than a hypersexual, bondage suit-clad update of H.P Lovecraft’s Elder Gods. Traditional morality doesn’t apply to Pinhead: “There is no good, there is no evil[…]there is only flesh.” He accordingly floats around torturing anyone with even a slight interest in hedonistic pursuits. Pinhead’s always thwarted when his victims figure out how to manipulate the Lament Configuration, an intricate toy box that alternately summons and banishes Pinhead to and from Earth.

In that sense, the trouble with these films is that they’re just extremely tacky variations on an already lame formula. Barker wasn’t even able to make the first Hellraiser an unnerving, blood-soaked chiller. As in his source novella, The Hellbound Heart, Barker has a nasty habit of building up the action in the first film and losing his edge in a series of diarrhetic climaxes that proved his lack of creativity. The same is true of Hellraiser: Hell on Earth, where you can almost imagine an even more infantilized version of Barker’s authorial voice narrating events if you’re bored enough: “And then these hooks come out and they rip the skin off the girl and Pinhead’s laughing and there’s, like, blood everywhere and she’s moaning and Pinhead shoves her between his legs and absorbs her energy and the sculpture he’s trapped in starts oozing and breaking apart and there’s blood and it looks like cum and sex stuff but horrifying sex stuff.”

Even with Barker at the helm, the Hellraiser series was always stillborn, so it’s no surprise that its later sequels’ attempts to expand the franchise’s mythology proved futile. For instance, while Hellraiser: Inferno is clearly just an unrelated, Z-grade version of Shutter Island that was rewritten to include Pinhead, both Hellraiser: Hell on Earth and Hellraiser: Bloodline give Pinhead and the Lament Configuration a backstory. In Hellraiser: Hell on Earth, Terri (Paula Marshall), the daughter of the WWI soldier that would later become Pinhead, tries to set her restless father’s spirit free, but only after she watches a man’s head explode while blue electricity shoots out of a set of chains dug into his flesh.

Similarly in Hellraiser: Bloodline, Paul Merchant (Bruce Ramsay), the far-flung descendant of Philippe L’Merchant (also Ramsay), the original creator of the Lament Configuration, must stop Pinhead in a space station in the year 2127. After explaining—spoiler alert!—how his ancestors unsuccessfully fought Pinhead through a series of flashbacks that comprise the vast majority of the film’s narrative, Merchant stops Pinhead by reconfiguring the space station into a giant cube that looks like the Lament Configuration. The series may have vaulted over several sharks by this point, but a line of dialogue as cheesy as “Pain has a face, allow me to show it to you. Gentlemen, I am pain” could have just as easily been taken from Barker’s first Hellraiser movie. Creative stagnation is the real killer in these sequels, though their terrible dialogue and lousy acting certainly help.

Echo Bridge did nothing to clean up the image quality on all three films, which all look as if they were ripped from high-quality VHS tapes. The audio soundtracks aren’t much better: The monaural soundtrack on all three films is sufficient, but the individual dialogue and sound effects tracks would have benefited from some cleaning up. The post-dubbed dialogue soundtrack on Hellraiser: Bloodline sounds especially tinny.

There are no special features included in Echo Bridge’s new bargain-bin release, but then again, what would you expect from a release that crams together three films on a single double-sided disc?

The Hellraiser Triple Feature box set is guaranteed to give you buyer’s remorse.