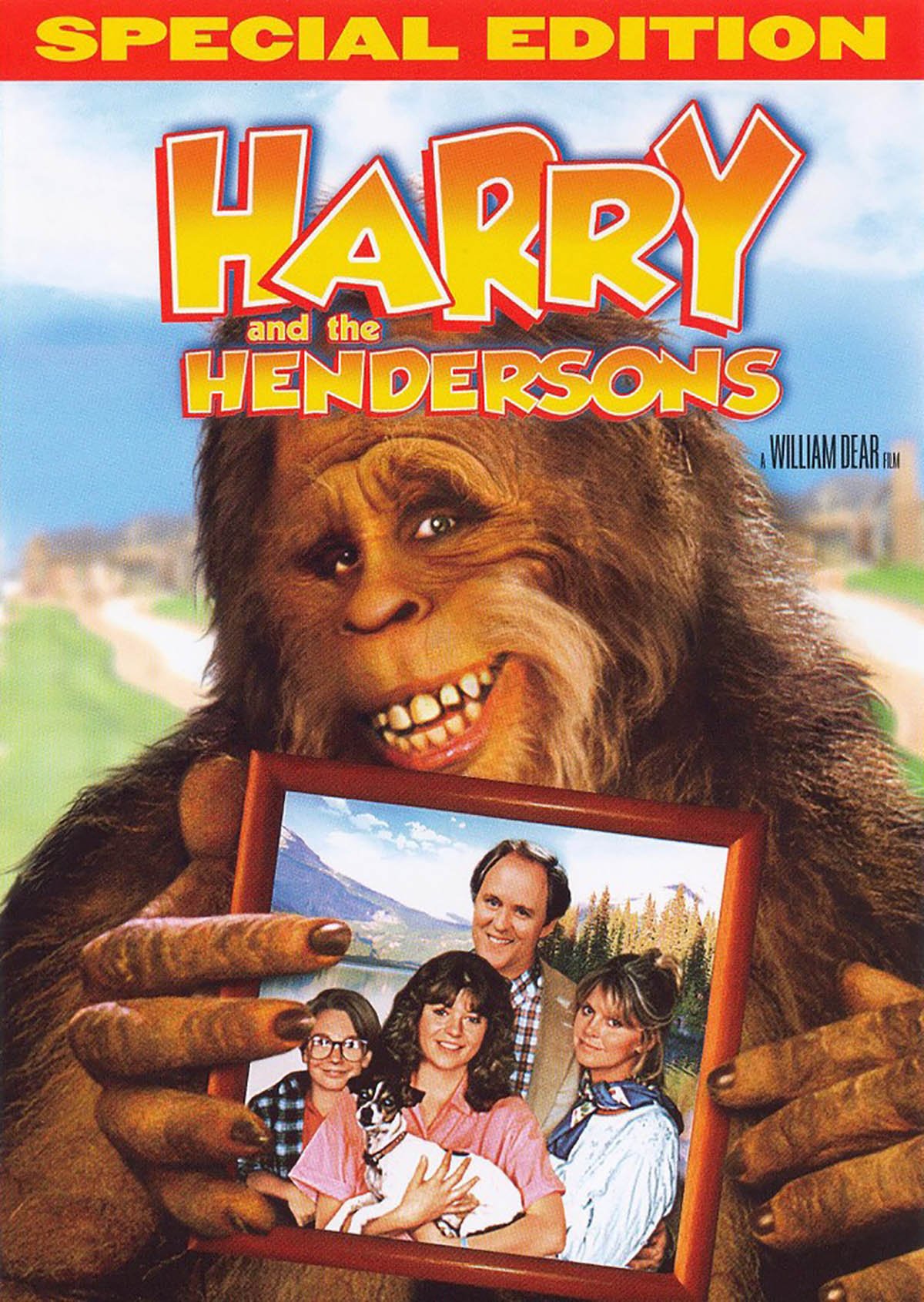 Thank Christ the Bigfoot-in-suburbia flick Harry and the Hendersons was only a modest hit or else I would’ve had to endure more schoolyard ribs demanding “Where’s Harry?” than I would later endure for my kinship with Doogie Howser. As it was, I managed to deflect the few scattered comments I heard by joking that Harry was actually my sister. In actuality, though, Harry was me. That’s not to say I was a member of the Sasquatch breed (though I was the tallest in my class at the time), but rather that I identified more strongly with Harry than any of the other members of the fictional Henderson family, who were all bland cutouts from the Spielberg template no matter how energetic and convicted John Lithgow and Melinda Dillon’s performances were. Like all ’80s fantasy films surrounding the vaguely supernatural, the Hendersons are a nondescript family who would go on for the rest of their lives inhabiting prefabricated sitcom-derived archetypes (snotty sister, gore-obsessed brother) were it not for their run-in with the proverbial other. While not as life-altering as coming into contact with an extra-terrestrial or Poltergeist’s TV people, the Bigfoot who gets creamed not once but twice by the Hendersons’ station wagon does teach the family a few important lessons about the true value of 30-point bucks. In short, don’t sever the creature’s neck from its torso, and if you must, make sure to give it a proper burial in the backyard. Just as Mac and Me eventually devolved into a feature-length commercial for McDonald’s, Harry and the Hendersons eventually emerges as a vegetarian screed. Harry, it seems, is a big cream puff when it comes to the idea of consuming his forest neighbors, which becomes something of a paradigm shift for the family of avid hunters, especially when the big beast overturns their refrigerator and exposes all their cold cuts and pork roasts. (Later in the film, he sees a woman boiling a whole chicken and thinks the plump, pasty-white couple having a Jacuzzi next door are likewise cooking in their own juices.) In fact, unabashedly lefty sentiment colors the whole film, as when Harry settles in for a screening of Bedtime for Bonzo and raucously throws his tub of dill chip dip at the image of then-President Ronald Reagan. The older I get, and the closer I look at that emphatic bear (and I do mean bear) hug Harry gives John Lithgow at the end of the film, the more I’ve come to realize how right I was to identify with Harry.

It’s billed as a 1.85:1 transfer, but the top and bottom are masked enough that it almost seems closer to something like 1.95:1. Some of the film’s process shots look downright cheesy, and you’ll be able to tell where they are because the colors will suddenly become intensely saturated. The sound is serviceable, though I didn’t notice anything spectacular in the way of 5.1 remix effects.

William Dear contributes a fond commentary track. While not particularly juicy, he’s clearly happy with the way the film turned out. There’s a big collection of featurettes and deleted scenes that round out the package, including one which mimics the style of a tabloid TV newscast updating viewers to the developing saga of Harry.

You know you’re a child of the ’80s if you still hear Harry’s police siren howl in the back of your memory.