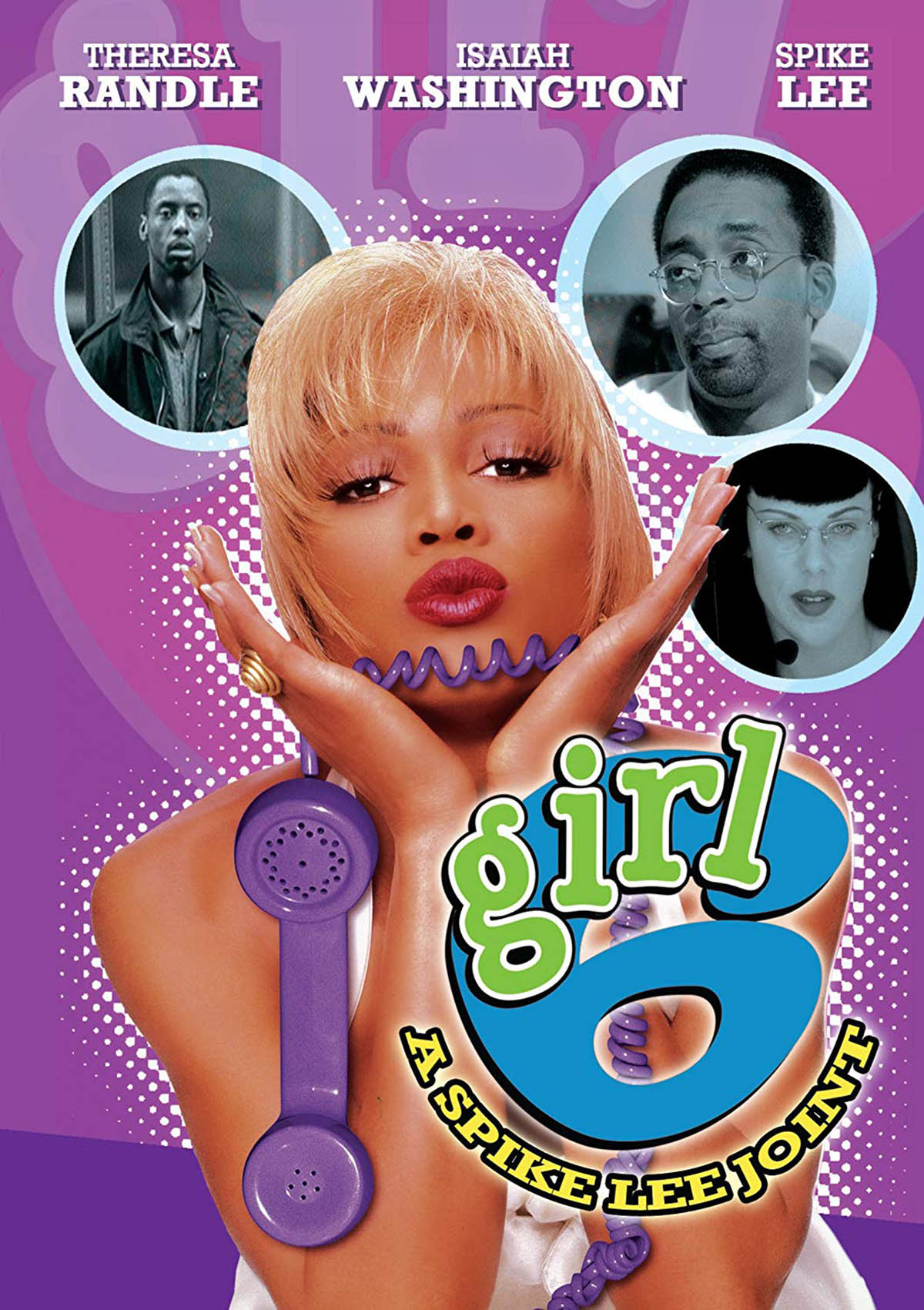 So Spike Lee puts his on-screen sex toy Rosie Perez’s nude, supine coconuts in glittering, ice-dripping close-up in Do the Right Thing, his own voice growling from behind the camera, “Thank God for the right nipple, thank God for the left,” and no one blinks. In Girl 6, he makes Quentin Tarantino play himself auditioning girls for his big black epic (apparently not Jackie Brown) by forcing them to take off their tops and pointing to his watch if they hesitate. But because Lee actually shows ingénue Theresa Randle’s pop rocks, the critics roundly lumped him in with Q.T. and the rest of the auteur boys’ club, branding him a closet misogynist whose transgression is all the more disappointing for its patina of masculine sensitivity.

Girl 6, the story of a girl and her stint in the phone sex biz, is a sloppy and problematic film, no diggity. But the opening audition scene and its thematic reprise at the film’s end are not among its mistakes. Actually, they are among the film’s only signs of cognitively dissonant, Godardian life. Girl’s screenplay was written by a female, Pulitzer-winner Suzan-Lori Parks, and Randle’s disrobe-under-duress is, in actuality, Parks’s own built-in reminder to everyone who’s actually telling the tale. Tarantino and Lee are not so stylistically exclusive that most wouldn’t recognize Tarantino’s obvious function as a stand-in. (Only the racial difference between them confuses the metaphor.) So what Parks demonstrates by forcing Lee to force Randle into the dressing-down room is exactly what Tarantino says: “It’s what the role requires.” Or rather, it’s what every current role for young black women requires.

Randle’s unnamed protagonist (her kleptomaniac ex-husband calls her Judy, but in a tone that suggests a reference to Cary Grant) frequently fantasizes about her dream roles, and none from the relatively short list (Carmen Jones, Foxy Brown, and George Jefferson’s nondescript daughter) show their tits. There is a fourth role that “Judy” dreams of playing, if only metaphorically. That’s the role of the young girl who she sees on the news who fell six stories down an elevator shaft and whose hospital struggles run parallel to Girl 6’s career as a phone call-girl. The hospitalized girl doesn’t show her tits, either, as the four “roles” all come to represent an overblown ideal of both sensual power and chaste innocence. Spike Lee is plain out of his element here, and it’s no wonder he falls back on stunt casting (a post-Erotica Madonna as the boss of an illicit “no rules” phone sex ring who tells “Judy” to “come back when you get some cojones”) and a ceaseless handpicked playlist of his favorite Prince songs.

I’ve seen better, both from Anchor Bay and from Spike Lee. While not quite as fuzzy as the transfer for School Daze, I’d expect something a little more vibrant from a movie that’s only a decade old. Some of the overlit scenes look solid, especially the sequence in which Randle is phone-terrorized in her red- and blue-lit apartment by Michael Imperioli (who would later script Lee’s underrated Summer of Sam). Most of the rest look flat. And the stereo sound makes Prince’s songs sound oddly compressed.

There’s only a six-minute making-of puff piece, a slightly longer collection of behind the scenes video footage, a trailer, and a TV spot. About as much as most would want from a Girl 6 DVD, but a tag-team commentary track from Lee and Suzan-Lori Parks would’ve been delicious.

In which Spike Lee mind-wrestles with a feminist screenwriter and everyone loses.