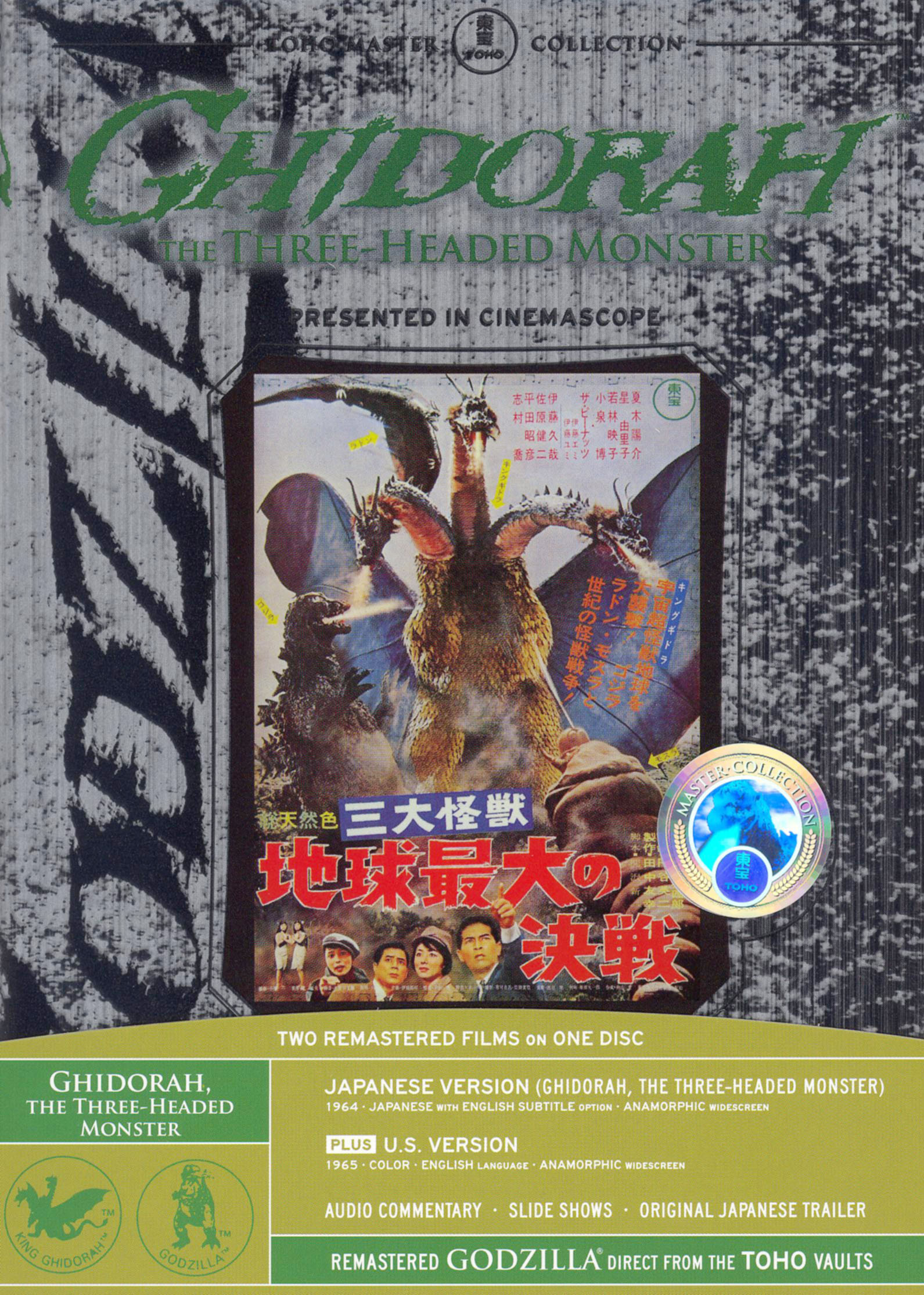 One of the turning points of the original Toho Godzilla series, Ghidorah, the Three-Headed Monster embodies much of what the popular monster films have come to be known for over the years: reptilian wrestling matches on a citywide scale, human drama paralleling the monster threat, rubbery creature effects, and the gleeful destruction of many a miniature architectural set piece. Surely, all of this had been done from the first film onward, but tying it all together here was the newfound (and intended) sense of comedy, designed both to appear more strongly to the developing fanbase of children as well as a means of better humanizing the series’s titular monsters. Low production values had often kept the films grounded in plenty of unintended laughs, but whereas Gojira’s 1954 destruction of Tokyo was a somber, horrifying evocation of post-WWII nuclear anxieties, the four-monster battles of this fifth film in the series are loaded with unmistakable pratfalls and simple but witty physical exchanges; still begrudged after their last battle, Godzilla and Rodan bat a giant boulder back and fourth, suggesting the world’s biggest volleyball match.

Yet even with a deliberately lighter tone being enforced, this Godzilla film cannot help but lend itself to anti-technology warnings of the implicit kind. King Ghidorah, arguably representative of growing fears of satellite technology, makes his way to Earth from Venus (Mars in the English dub) via a mysterious, magnetic meteorite before letting loose a volley of destruction that only the united forces of Godzilla, Mothra, and Rodan can put a stop to. The big green lizard’s previous face-offs never lacked for camp, but here the action truly evokes the antics of schoolchildren on a playground, forced to set aside their differences so as to overcome the biggest bullies. One can think of more than a few world governments that could benefit from a screening of the film, and it’s through this simple morality play that Ghidorah accrues much of its charm—not to mention its delirious wrestling match antics.

The film’s human drama is, unsurprisingly, less interesting, but no less important given its paralleling stories of both people and monsters joining together to overcome otherwise insurmountable odds. It is here that the film’s two cuts (the 1964 Japanese original and the 1965 English release) bear the most difference, if only because Godzilla and company aren’t subjected to such wonderfully atrocious English dubbing. This new language track offers scores of newfound laughs—many of them manifest from the inconsistency between the two languages—yet this and other minor narrative differences between the two versions hold little sway over their savory tonal union. Appropriately, a character remarks that “those monsters are just as stubborn as humans.” Indeed, there is plenty we can yet learn from them.

Image is clear but unremarkable; dust and dirt is evident throughout but one imagines this is about as good a transfer as we’re going to get with a film of this sort. Sound is okay on the whole, but this is a DVD that certainly knows where it counts the most; while dialogue leaves something to be desired, every monstrous stomp, smash, and shriek is crystal clear, just waiting to make your inner six-year-old swoon.

An informative and breathless commentary by David Kalet is riddled with facts on Godzilla history, differences between the film’s original Japanese and U.S. cuts, and various cinematic anecdotes. Also included: a perfunctory biography on Eiji Tsuburaya and two image galleries of the film’s promotional materials.

Do not forget the Infant Island song (“Happiness, why are you sad? Riding on the breeze and crowd, let’s look for happiness”) and behold the untold wonders of Japanese cinema.