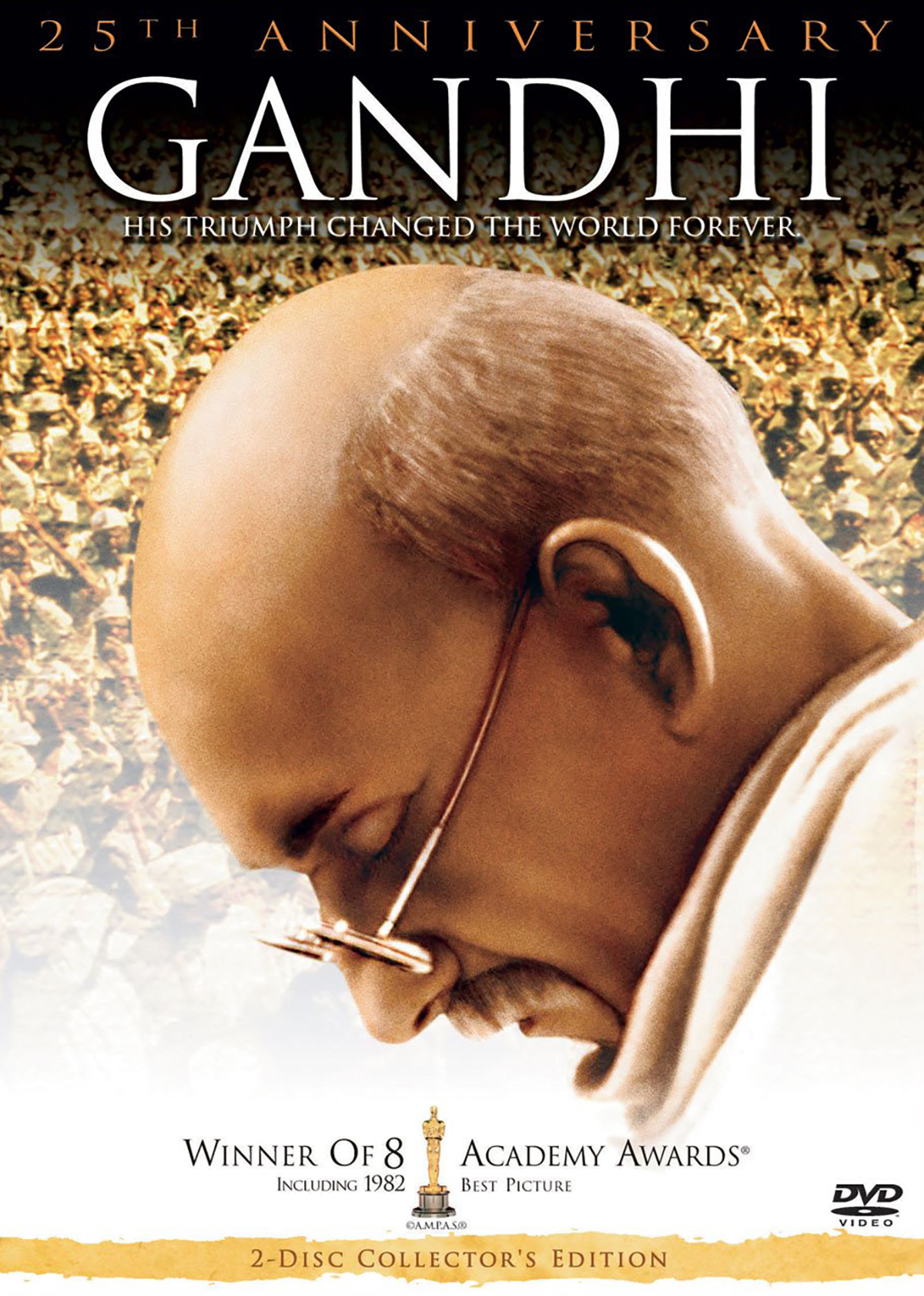 No scene in Gandhi is as suggestive as Dennis Miller’s joke about the Mahatma reaching inner serenity by locking himself inside a closet and shouting “motherfucker” for one hour every day. Richard Attenborough’s polished, thoroughly safe—and, consequently, Oscar-garlanded—veneration of the great political and spiritual Indian leader has no room for contradiction, so here Gandhi (Ben Kingsley in his first major role) is first seen at his assassination and subsequent funeral; the film may rewind to his earlier days, but it continues as one long embalming procedure. The picture was a dream project for the filmmaker for more than two decades, and it’s no surprise that it takes the shape of a hallowed pamphlet, wafting from one historical event to another—the early humiliation as a “coolie barrister,” the activism in South Africa, the Amritsar Massacre of 1919, the Dandi Salt March of 1930, the “Quit India” resolution—in a cloud of incense. Attenborough’s heartfelt admiration for the man’s philosophy of resistance through peace is indisputable, yet it is expressed exclusively in conventional coffee-book epic tropes that render it a swollen underdog tale, with Gandhi as the exotic center of a huge, guest-star cast of Hollywood Yanks (Martin Sheen, Candice Bergen) lending liberal cred and old-pro Brits (Edward Fox, John Gielgud, Trevor Howard) supplying Imperial villainy. Though Kingsley’s saturnine poise is much more interesting in roles which call for varying degrees of slipperiness (Death and the Maiden, Sexy Beast), he nevertheless manages to bring shades into the inherently monochromatic saintliness of the role with life-sized, profoundly felt gravity and dignity, all while executing that marvelous, peculiarly British trick (remember Robert Donat in Goodbye, Mr. Chips) of seeming to age from within. Of the faux-David Lean white elephants that proliferated in the early ’80s, Gandhi is less personal than Reds, but also less complacent than Chariots of Fire and less doddering than Lean’s own orderly post-colonial apologia, A Passage to India; it now exists in that dreary realm of antiseptic Best Picture Oscar winners, duly respected and revisited exclusively for school assignments.

A superb visual transfer shows that, despite his ponderous lack of feeling for movement, Attenborough’s attention to textures and colors (skin tones, especially, are varied and vivid) is more than commendable, all captured nicely in a 2.35:1 anamorphic widescreen. The hubbub in crowd scenes and Ravi Shankar’s score make sure the English 5.1 soundtrack is equally fierce.

A colossal upgrade from the previous DVD issue of the film, the new 25th Anniversary Gandhi version boasts an opulence of extras. Whatever his picture’s shortcomings, Richard Attenborough is great company in both his intro and his commentary, humble, avuncular, and generous with praise and information. Obviously this was a true labor of love for both the filmmaker and the actor, and Ben Kingsley shares his insights from the experience in a couple of interviews. No less than nine featurettes are crammed into the package, detailing everything from the film’s protracted gestation to its casting, locations, and historical verity. Most rewarding is the inclusion of vintage newsreel footage of the real Gandhi as a reminder of how resonant his teachings still remain.

A deluxe anniversary reissue is the best way to revisit an Oscar-winning ’80s dinosaur.