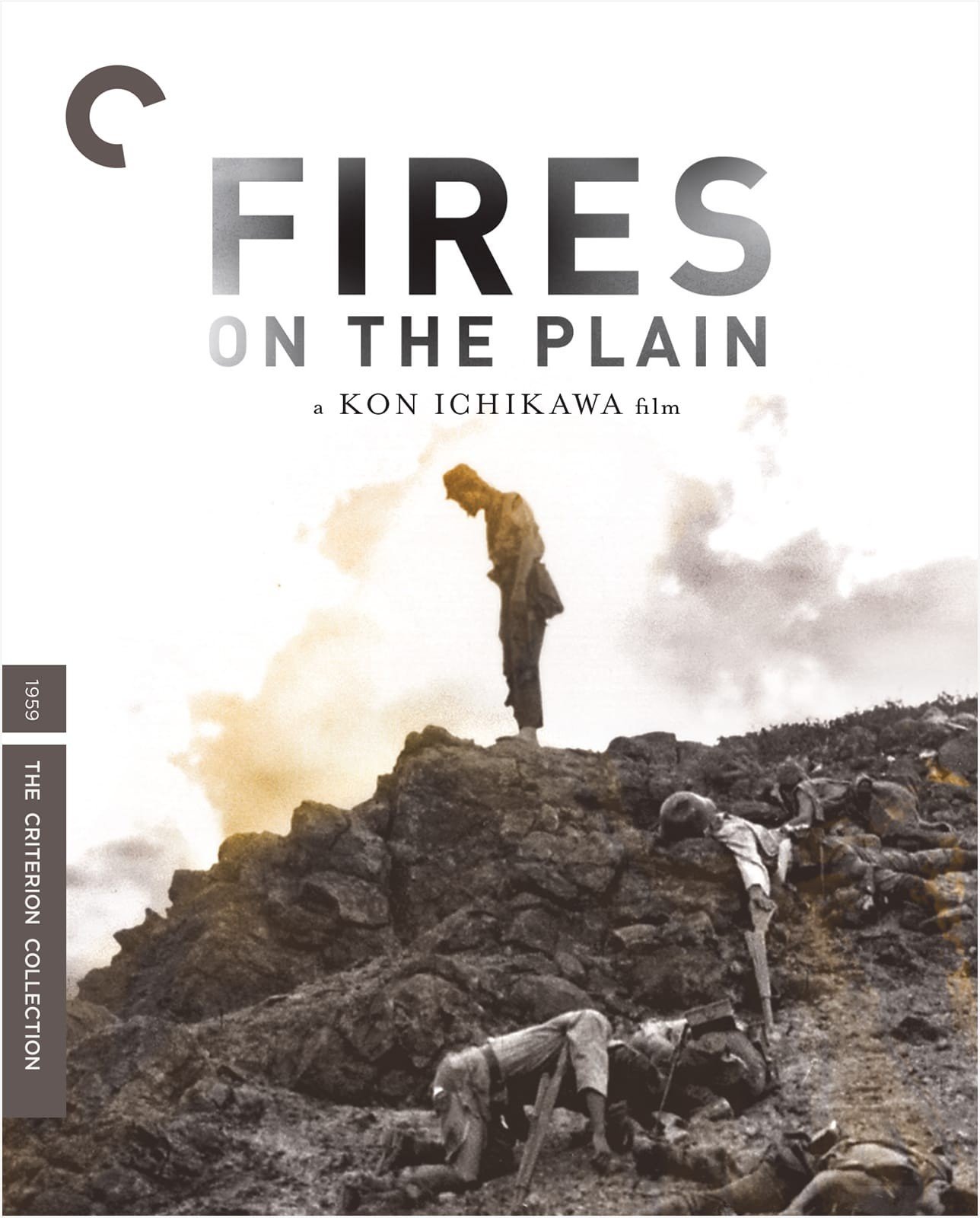 Ichikawa Kon’s 1956 film The Burmese Harp burnished the filmmaker’s international reputation as a Renoiresque humanist, but, in retrospect, the scabrous fury of 1959’s Fires on the Plain, his other antiwar tract, feels closer to the heart of the notoriously hard-to-pin-down Japanese director. Closer to the anguished sardonicism of Enjo or Odd Obsession than to the earlier film’s tenderness, it plays against the image of Ichikawa as a soothing optimist, opening with the protagonist, Private Tamura (Funakoshi Eiji), suddenly smacked across the face, though the slap could be directed toward the audience.

Japanese forces shrivel up as WWII nears its end in the Philippines, the tubercular soldier has returned from the dilapidated hospital only to be ordered back and given a grenade to blow himself up if turned away. Where The Burmese Harp took its delicate flow from the musical rhythms of the titular instrument, the narrative here is an implacable death march mirroring the gaunt, famished Tamura’s walking-corpse gait, a shuffle periodically jerked by macabre spasms. Along the way, he meets disbanded Imperial soldiers, horrified local villagers, and pulverizing American tanks; hellish visions (a mountain of skeletons next to a church, bodies scattered across a valley) pile up as the eponymous flames soon take on infernal intimations and the shadows on the characters’ hollowed-out faces come to resemble Kabuki makeup.

A surreally barbaric visualization of Ooka Shohei’s novel (adapted by Ichikawa’s wife, Wada Natto), Fires on the Plain also embodies the filmmaker’s compassionate and mordant sides, the two jostling impulses pithily embodied in a moment where a dying soldier thanks Tamura for his aid, with his sincere gratitude (“I won’t forget your kindness as long as I live”) promptly met with another character’s acrid reply (“That won’t be long”). In the film’s pitiless descent, cannibalism becomes the ultimate degradation, and ultimately there is a glimmer of hope in the way Tamura fights the temptation to eat “monkey flesh” his starved colleagues consume. His outrage may come from the weak gums that render him unable to chew the meat, but, in a vision of hell as appalling as Ichikawa’s, any hint of humanity is to be treasured.

I can think of few films with such harsh yet shaded images, and its diseased-looking, black-and-white cinematography is wholly captured in an expert transfer. The monaural sound pierces severely through the images, the way it should.

Donald Richie is characteristically insightful while discussing the film’s unusual approach to its horrors (“no ideology, pure description”) and disconcerting dashes of humor. Equally rewarding are recent interviews with Ichikawa Kon (whose first-hand glimpses of the devastation at Hiroshima informed his film) and actor Mickey Curtis, who was plucked from the Japanese pop music scene to play a young, cannibal grunt. Lastly, an essay by Chuck Stephens provides an invaluable trove of information on both the film and its makers.

“Careful you don’t get eaten.” War is hell, and Ichikawa Kon takes you through it.