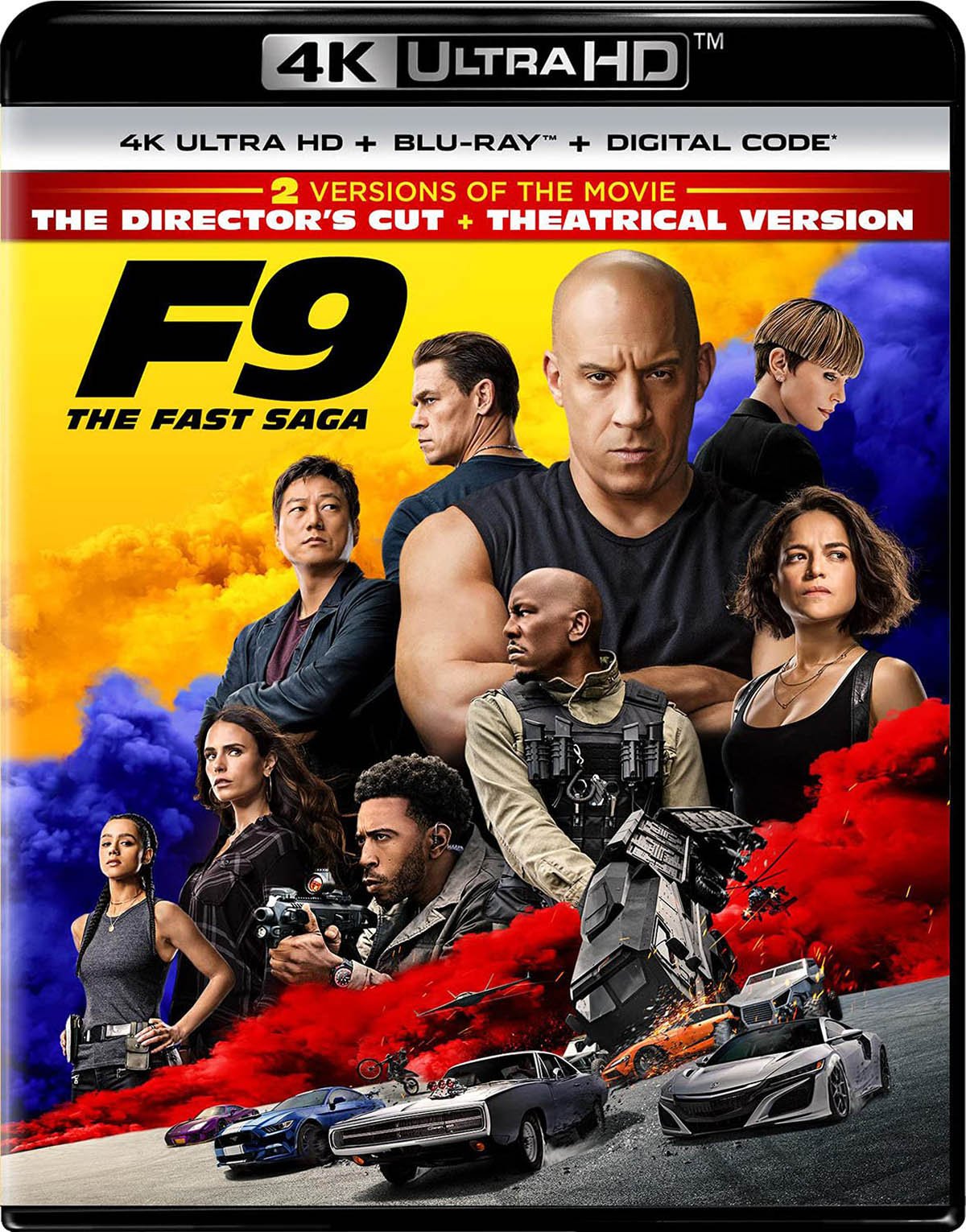 After a two-film hiatus, Justin Lin returns to the director’s chair for the ninth installment of the Fast & Furious series. Lin helped to transform the franchise into a global box-office sensation but in the process set it adrift on a sea of absurdity. And the weight of its increasing bloat is very much felt in F9. For one, the introduction of a heretofore unmentioned long-lost brother of Dominic Toretto (Vin Diesel) results in a retconning of the character’s history—and across a narrative that once again pits Dom and his team of erstwhile street racers and petty thieves against Charlize Theron’s Cipher and calls upon them to stop cutting-edge military technology from falling into terrorist hands.

To their credit, Lin and co-writer Daniel Casey plow through the film’s setup, concisely explaining the apocalyptic MacGuffin that propels the story. But the time saved in not belaboring the point is invested in saddling Dom with the out-of-nowhere backstory involving his black-sheep brother, Jakob (John Cena), whose ostracization from the Toretto clan drove him to become a spy (and assassin) in the clandestine circles in which the characters operate.

In the original film, Dom explained how his father’s death in a race drove him off the straight and narrow path, and Dom’s halting, weary monologue allowed us to grasp the depths of his lingering trauma. Here, the film elaborately stages that death via flashbacks that frame it as foul play on Jakob’s part, turning a freak accident into a fated betrayal. This not only ludicrously revises the Toretto clan’s history, it dilutes the emotional impact of the first scene in the series to show the beating heart beneath all of Dom and his crew’s shop talk.

The other major twist is the advertising-spoiled reveal that Han (Sung Kang) inexplicably survived being trapped in a car explosion in Lin’s Tokyo Drift. Under ordinary circumstances, Han’s return from the dead would be a surprise, but this franchise long ago came to resemble a kind of American version of the classic anime Dragon Ball Z: No one ever really stays dead, and enemies eventually become allies. There’s even a recurring bit here in which some of the characters start to wonder, only half-jokingly, if they might actually be immortal for having emerged unscathed from so many impossible scenarios. There’s a whimsical quality to those aspects of the Fast & Furious movies that can be endearing, but by this stage in the series’s evolution, the lack of real stakes has divorced them from any sense of gravity.

When the action comes, Lin recaptures a great deal of the winsome energy that had been rapidly leaking out of the series across the last few films. His direction of hand-to-hand fight scenes still relies on the trendy use of confusing close-ups and frantic editing to whip up a general sense of chaos, but he makes up for that in F9 with the most spatially coherent, dynamic car scenes in the series to date. An early sequence in which the gang tears through a South American jungle with both Jakob’s privateers and local military on their tail is an instant classic of constant escalation that manages to retain an internal logic even when, say, a car launches off a cliff only to be grabbed in mid-air by a drone equipped with a giant magnet. A final romp that involves triangulating a car chase with a trek into outer space (you read that correctly) pulls off the remarkable feat of mounting the franchise’s most ludicrous sequence yet while recapturing some of the grounded intensity that once defined these movies.

Universal’s UHD presentation of F9 practically overwhelms the senses. The Dolby Vision filter really boosts the color range throughout, from the ultra-verdant jungle canopies to the gaudy neon hues of the film’s cars. Light gleams off of chrome and buffed hoods, while texture and fine detail are handled superbly. The Dolby Atmos soundtrack is reliably boisterous, from the roar of engines to the rumble of explosions. Dialogue is consistently clear in the front channel, and never drowned out whenever the film is at its loudest and most chaotic.

As with many of the films in this franchise, Universal’s disc comes with both the theatrical and a director’s cut, and as per usual the latter adds only a few minutes of superfluous, momentum-sacrificing scenes. The biggest change between the cuts is that Jordana Brewster’s Mia appears much earlier in the scene that introduces the family tension that powers F9 as much as its spectacle of over-the-top action. Elsewhere, the disc includes an informative commentary by Justin Lin, who discusses his return to the series and how the film’s large action sequences were accomplished. The disc is also loaded with a series of brief featurettes that each tackle a specific subject, ranging from the filmmakers’ efforts to use as many practical stunts and effects as possible to star John Cena’s fannish breakdown of many of the film’s most exotic cars. Rounding things out is a short gag reel.

Justin Lin steers the Fast & Furious series back on track with this ninth installment, and Universal’s 4K disc captures its big spectacle with a perfect A/V presentation.