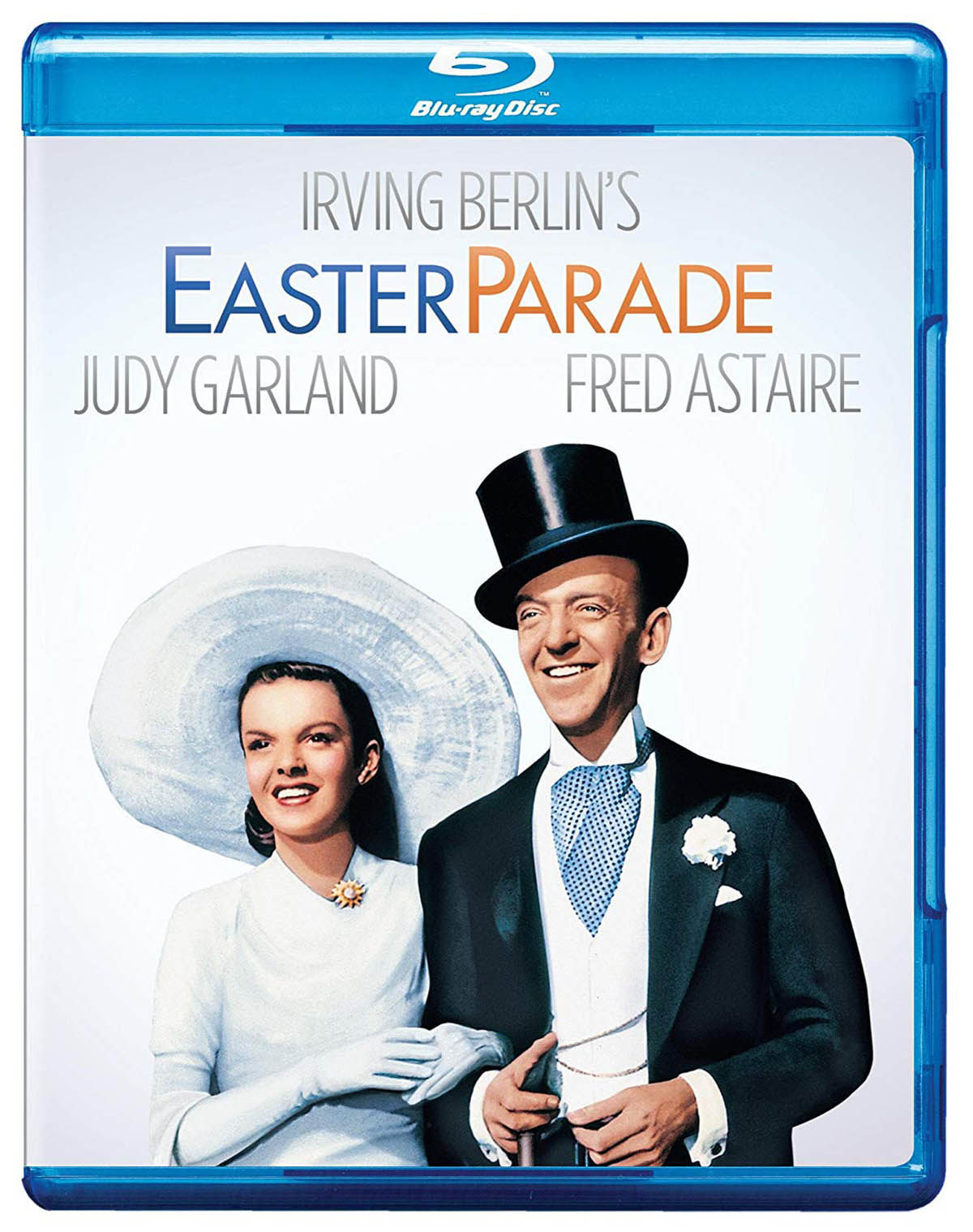 Easter Parade, a trifle of a musical revue about how one vaudevillian hoofer has to replace his female costar when she gets too big for her tap pants, has about as much to do with Easter as its sense of directorial personality has to do with a four-pack of pink marshmallow Peeps. It’s a dud, devoid of personality and managing to make such colossal—or, at any rate, such familiar—musical talents as Fred Astaire, Judy Garland, and Ann Miller seem about as kinetic as, well, the titular stroll along 5th Avenue. It’s a film that seems more content to strut its frills and lace and simply “be seen” than to invite its audience into the inner workings of its genre, its characters, its behind-the-scenes Machiavellian maneuverings, its craft service table, its book of Irving Berlin outtakes.

Now, I’m not asking that every musical lift its skirt to show off its roots of self-reflectiveness a la Vincente Minnelli’s The Band Wagon, but, my God, at least reflect something! Hastily recruited by producer Arthur Freed (and apparently sent to work with instructions to keep everything simple), Easter Parade’s director Charles Walters doesn’t have Minnelli’s knack for smuggling cheeky nods of artifice and satire into the trappings that enrich the cinematic experience of the archetypal “let’s put on a show” playbill. Worse yet, the musical numbers don’t even adhere to any sort of emotional narrative (they come in the same slipshod sequence of most Macy’s parades), and the dance choreography seems to comprehend the syntax of movement without being able to string together a coherent sentence, which Astaire is a good enough dancer to compensate for (not unlike Rex Harrison speak-singing in My Fair Lady), but not Garland or Miller—whose would-be showstopper “Shakin’ the Blues Away” showcases what happens when happy feet aren’t given a road map.

All told, the film’s most salient benefit is in its almost accidental reflection of the old Shakespearean maxim that fuels most backstage musicals: “All the world’s a stage, and all the men and women merely players.” Almost every incidental character has their own song to sing, their moment to define their function in the plot through performance. A strong opening sequence features a—whaddayaknow?— parade of hat-shop girls modeling the latest chapeaux while taking a line of the refrain: “Happy Easter!” And in a spectacularly digressive detour mid-film, an upscale restaurant matire d’ François (Jules Munshin) is allowed a luxurious two minutes (to put that into perspective, nearly as long as the title tune) to demonstrate that even a recipe for a mundane Caesar’s salad can be turned into an orgy of showfolk theatricality through storytelling and pantomime. The hammy bitch even summons tears while mincing the imaginary onions (though the bobbing fist at the bottom of the frame suggests he’s summoning something else entirely): “This gives the salad flavor. It makes it bright, refreshing…and gay.” That’s entertainment.

I long ago traded my DVD copy of Easter Parade for a pair of satin tap pants and a Cadbury Creme Egg, so I’m only going on memory when I compare the 2005 set to Warner Home Video’s new Blu-Ray release. And my memory tells me this appears to be the same restoration from before, though with the obvious bump in definition. (There’s little doubt the restoration was intended for more robust formats than ones that only offer 480 lines of resolution.) The extra visual information is certainly welcome, though the movie’s Technicolor bona fides still run a little Easter Bunny-pastel held up against some of MGM’s other musical extravaganzas from the era. That could just as easily be a limitation in the source material, and the imperfections and drab patches seem to vary from scene to scene. In all, a solid-looking disc. The monaural DTS-HD master audio isn’t going to shake your subwoofers’ blues away, but since Irving Berlin didn’t dabble in dubstep until much later in his career, that’s a moot point. A word of warning: There have been some reports of faulty soundtracks—or, at any rate, discs that won’t play audio in certain players—floating around, and Amazon has apparently suspended delivery of their discs over these reports. The copy sent to Slant didn’t work on the first intended reviewer’s device, but played without a hitch on mine. For what it’s worth.

On the other hand, perhaps Amazon’s cessation has to do with the fact that what would’ve arguably been the set’s juiciest bonus feature is nowhere to be seen on the Blu-ray disc. Though this is essentially a carbon copy of the two-disc DVD release, and the disc’s contents as listed on the back are exactly the same as the 2005 offerings, the girthy PBS documentary Judy Garland: By Myself is MIA, along with a number of other Judy Garland trailers. While the doc was sort of boilerplate, its absence is still felt, and the commentary track by Garland biographer John Fricke and Ava Astaire McKenzie (Fred’s daughter) is left to pick up nearly all the slack. It’s a nice track, and obviously the two of them are enthralled with the entire proceedings, noting that almost everything Garland does in the picture is totally natural. Their near autopilot shilling is matched, minute for minute, by the half-hour featurette “On the Avenue” and an hour-long radio reenactment of the film. As it was last time around, the real jewel in the set is the outtake and dailies of Garland’s cut number “Mr. Monotony,” which (as I wrote earlier) “stumbles on a strange sort of elegance as disparate takes are spliced together, showcasing an alternately jubilant, frustrated, bored, and indifferent Garland drifting in and out of sync with the audio playback, occasionally halting completely as her voice persists in finishing the song. It’s almost accidentally an avant garde found-footage tribute to the creation of a doomed musical number.” Yep, it’s pure Cream of Wheat.

Ann Miller may have scraped off her share of dog shit in one haunted courtyard somewhere in the vicinity of Mulholland Drive, but none stuck quite so magnificently as Easter Parade.

Review: Giorgio Ferroni’s The Night of the Devils on Raro Video Blu-ray