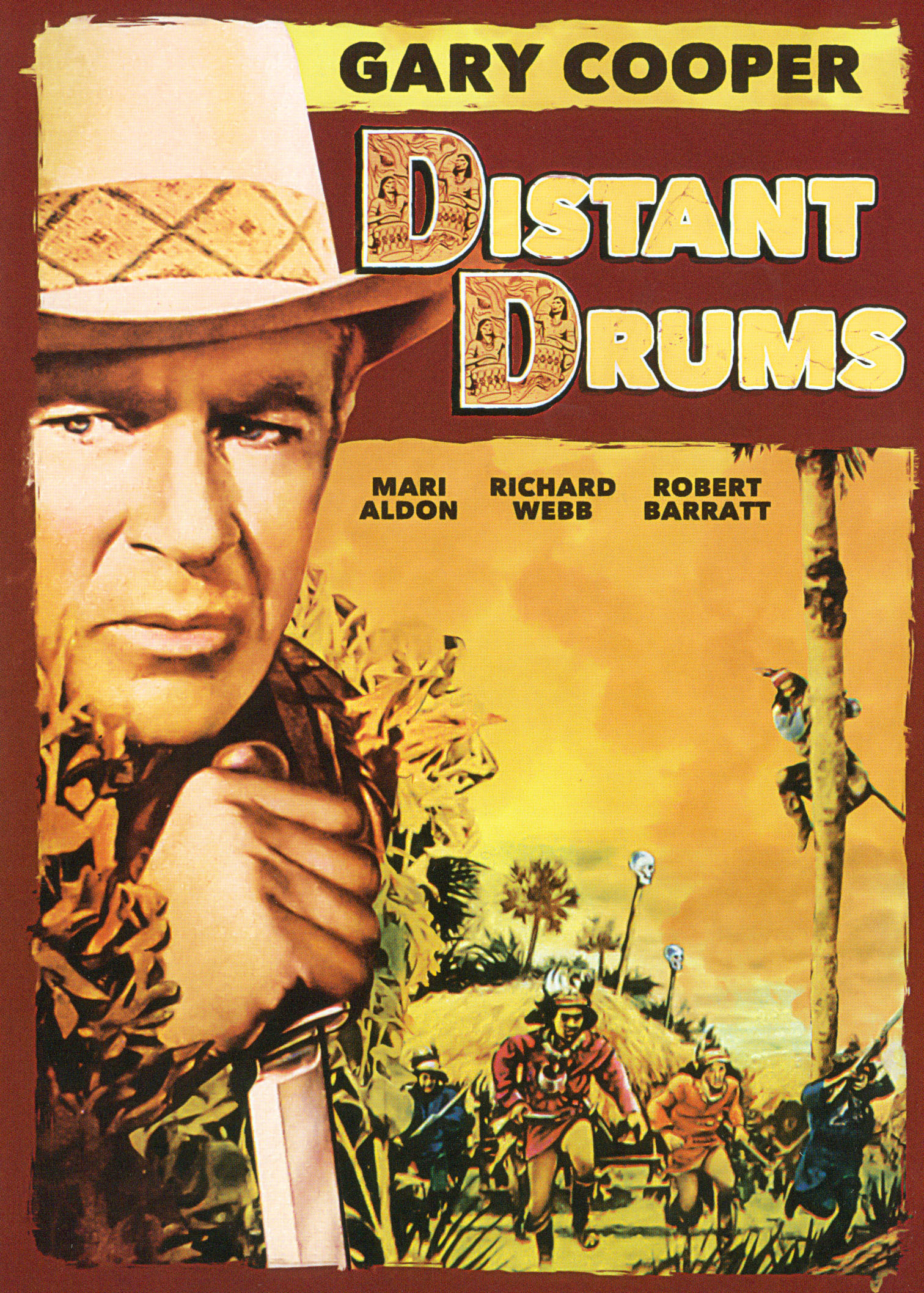 If Raoul Walsh’s Distant Drums remains a noteworthy film, it’s more so for various technical and contextual characteristics than any particular narrative or stylistic nuances. Which in one sense is understandable, but in another is a shame, as it’s one of Walsh’s most fleet, memorable entertainments. Released toward the end of the journeyman director’s remarkably prolific and fruitful tenure at Warner Bros., this 1951 release saw an ambitious filmmaker capitalizing on the innovations of a lucrative studio industry without forgoing his empathetic attraction to vulnerable characters. Without question the film’s advancements in the field of sound and Foley effects (including the recording and employment of what’s come to be known as the “Wilhelm scream,” a stock loop of a man screaming in agony which has since been used in hundreds of productions), as well as cinematographer Sidney Hickox’s Technicolor flair, is important from a historical standpoint. But there’s likewise much to admire in the film’s unique sense of period, locale, and the complicated negotiation between personal and professional pursuits in which its characters engage.

Set amid the Everglades, Distant Drums is one of Hollywood’s few “Florida westerns,” genre films of a 19th-century epoch which take place in the United States’ southeastern most region. And this exotic environment does indeed play a primary role in the film, inextricable at any given moment from the characters’ emotions and motivations. Stranded in Florida’s tropical expanse in the aftermath of his calvary’s charge on a Seminole-occupied outpost, Captain Quincy Wyatt (Gary Cooper) and his troops find themselves tasked with traversing this volatile landscape under threat of nature and native alike. And with newly rescued prisoners, including the alluring Judy Beckett (Mari Aldon), now in their company, the team is forced to balance responsibilities with their innate will to survive. Meanwhile, Judy and Captain Wyatt begin to fall for each other, but it’s the hostile and humid atmosphere which seems to influence their tenuous advances as much as any nascent desire—she a self-sufficient woman with an established identity, he a veteran military official whose young son back home is his catalyst to endure such elements. No matter their romantic future together, each seemed destined to persevere with integrity.

As the film opens, establishing information is relayed via a variety of visual and aural techniques. We meet naval Lieutenant Tufts (Richard Webb), our ostensible eyes and ears to the impending action, who speaks in voiceover, detailing his mission to recruit Captain Wyatt to lead an invasion on a one-time Spanish fort now defended by gun-running Seminoles. Walsh contracts all this exposition into a brief introductory montage, complete with on-screen animated map, swiftly bringing Tufts to Wyatt’s remote camp, from which they’ll embark and ultimately fight to return. Walsh works in similar shorthand throughout. Always a director more invested in action and storytelling dynamics than any prescribed stylistic notions, Walsh positions his plot, from a script by author Niven Busch and Martin Rackin, from deep within the locations, rightly presuming that his characters will take fullest shape only as the actors react to the given landscape. Action is therefore articulated as a byproduct of environment, with an ensemble of actors, nominally led by Cooper, but one given due democracy, whose characters feel appropriately at odds, whether fending off alligators or aborigines, with their surroundings.

Distant Drums has no lack of exciting battle sequences and perilous physical encounters; in fact, much of the film is given over to flights of combat and carnage. The climatic confrontation between Captain Wyatt and tribe Chief Ocala (Raymond Kentro), however, is the film’s most indelible flourish, pitting the warring leaders in an underwater knife fight as their respective factions cheer them on from shore. Walsh alternates between long shots of the pair jockeying for position above the surface of a river and underwater shots of each attempting to simultaneously fend off and stab the other without drowning in the process. It’s staged with a proficiency that only decades of experience in studio filmmaking could foster. But if it’s ultimately satisfying it’s because Walsh never allows his setups or settings to overrun either character or consequence. It’s enough to imagine that Distant Drums will likely endure another half-century for its deft handling of many diverging cinematic elements as much as any single aesthetic advancement.

Raoul Walsh’s Distant Drums arrives on Blu-ray from Olive Films looking clean and quite bold in motion. Presented in its original 1.37:1 aspect ratio, the film’s Technicolor palette pops with deep greens and reds alongside sharp blues and yellows. Almost the entirety of the film was shot outdoors, on location, and the picture shows relatively little sign of those conditions. Some detail is lost in the day-for-night sequences, of which there are a few, but contrast is properly balanced with instances of natural grain visible. Audio, meanwhile, is preserved in an HD mono mix, accounting for the film’s lauded use of sound and effects with clarity and force. Max Steiner’s score is likewise robust as it supports the many action and suspense sequences.

Unfortunately, no digital or printed supplements are offered.

One of Hollywood’s few “Florida westerns,” Raoul Walsh’s Distant Drums, while remembered mainly for its innovations in sound, is equally notable for its unique sense of period and locale, character, and consequence. 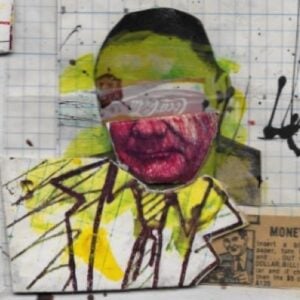 Review: Lukas Moodysson’s We Are The Best! on Magnolia Blu-ray