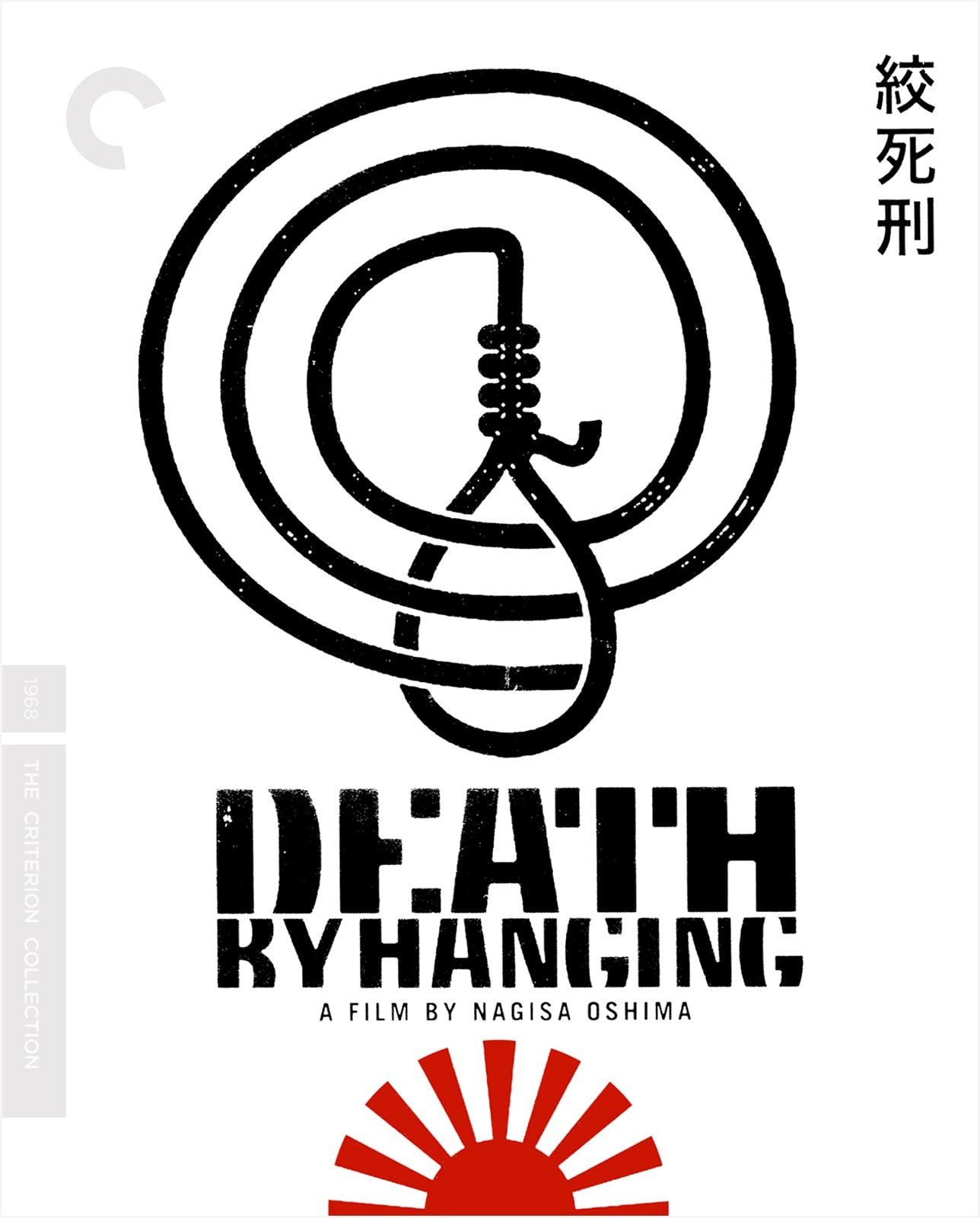 The documentary-esque opening of Nagisa Oshima’s Death by Hanging calmly establishes an execution chamber and its efficiency in such a way as to tempt the audience to accept, even admire, the dispassionate letter of the law. Shots gently travel down bare corridors and take in waiting cells and Buddhist altars, giving the chamber’s spartan layout a façade of honor and respect. It’s only when one blindfolded prisoner is led to the gallows trembling in fear that the detached mood wavers, and Oshima includes a thoroughly chilling shot that idly traces the path of the rope from the dangling noose up to the ceiling, then diagonally down to where the rest of the length has been pulled taut and tied off. Everything leading up to that shot could have made its way into a state-approved feature on the legality of execution, but the protracted gaze on the method of killing imparts such great, disturbing power to the noose that the full truth of the death penalty can no longer be viewed in abstract terms of justice.

This moment of clarity leads immediately into the hanging of the condemned, a Korean-Japanese man named R (Do-yun Yu). Having set up the efficiency of capital punishment, the film loses its straightforward momentum when the prisoner doesn’t die and is merely rendered unconscious. The staff around him are so shocked that they immediately begin to debate what to do next. Most favor simply putting R right back into the noose and finishing the job, but one officer notes that they cannot hang an unconscious man. “The prisoner’s awareness of his own guilt is what gives execution its moral and ethical meaning,” he says before hastily adding, “Though I’m no authority.”

With this fastidious attention to self-justification, the film pivots abruptly from a social-realist message movie to a grim satire. The prison staff works to “heal” the man so that he can be fit to execute, though they must contend not only with R’s physical health, but his capacity to remember, and thus regret, his crimes. This leads to farcical reenactments of those violations by the prison staff, charades led by the prison’s sniveling bureaucrat of an education officer (Fumio Watanabe), who attempts to jog R’s memory like a kindly teacher trying to get a dim pupil to understand the most basic of concepts. The exercise gradually implicates the staff to the point that they’re visited by what appears to be the ghost of a woman who confirms R’s guilt, but viciously condemns the death penalty. The ghost’s debate with the officers is the pinnacle of the film’s dark farce, but the gentle empathy she feels for the prisoner also points toward the somber self-examination of the final act.

Though the film focuses on capital punishment in general, its moral conflict also extends to R’s ethnicity and how that affects his place in Japanese society. Early in the film, the staff act out R’s childhood with racist stereotypes and a concocted narrative that suggests he would always grow up to be a savage. But their racism unwittingly implies that if R’s youth set him up for failure, it could be the result of such condescending, dismissive treatment by Japanese authority and society as much, if not more so, than personal flaws. The ghost, who herself claims to be Korean, corroborates this, gently commiserating with the condemned for their shared torment.

If Oshima sees the death penalty in general as wrong, his understanding of the disproportionality of it truly rages at Japanese hypocrisy, especially given the still-recent history of the nation’s treatment of the peninsula during World War II. Near the end of the film, which is otherwise shot in neutral grays, R walks past a Japanese flag on the wall rendered in high contrast, framing it as a blazing, white void pockmarked by a black hole. It is an obliterative image, one that uses the symbol of a nation to consume it whole, and it summarizes the film’s rage and disgust better than any speech.

The film’s low-contrast cinematography places emphasis on the atmospheric pallor of the execution chamber, as well as the story’s moral torpor, and Criterion’s restored transfer clearly differentiates between the many shades of gray. The intentional flatness of the images doesn’t preclude healthy textures maintained by preserved grain; close-ups, which increasingly dominate the second half of the film, show great detail. The lossless mono track faithfully renders the audio, which consists largely of dialogue, but occasionally broadens to include more subtle additions, like the sound of a heartbeat as R fails to die as expected at the start of the film.

The Blu-ray comes with Nagisa Oshima’s 1965 short documentary Diary of Yunbogi, a frank depiction of the Korean-Japanese tensions that are explored more abstractly in Death by Hanging. The disc also includes a half-hour interview with Tony Rayns, who discusses Oshima’s career in general overview. Rayns’s most valuable contributions consist of the ample social context he gives for the director’s ever-changing style. Finally, there’s a theatrical trailer, as well as a leaflet with a brief introduction written by the director in 1968, and an essay by Howard Hampton that places the film within the context of Oshima’s radical ‘60s period and its Godardian mixture of genre deconstruction and politics.

Nagisa Oshima’s satire on capital punishment and its racist application has lost none of its relevance, and its punkish fury is excellently served by Criterion’s gorgeous Blu-ray.