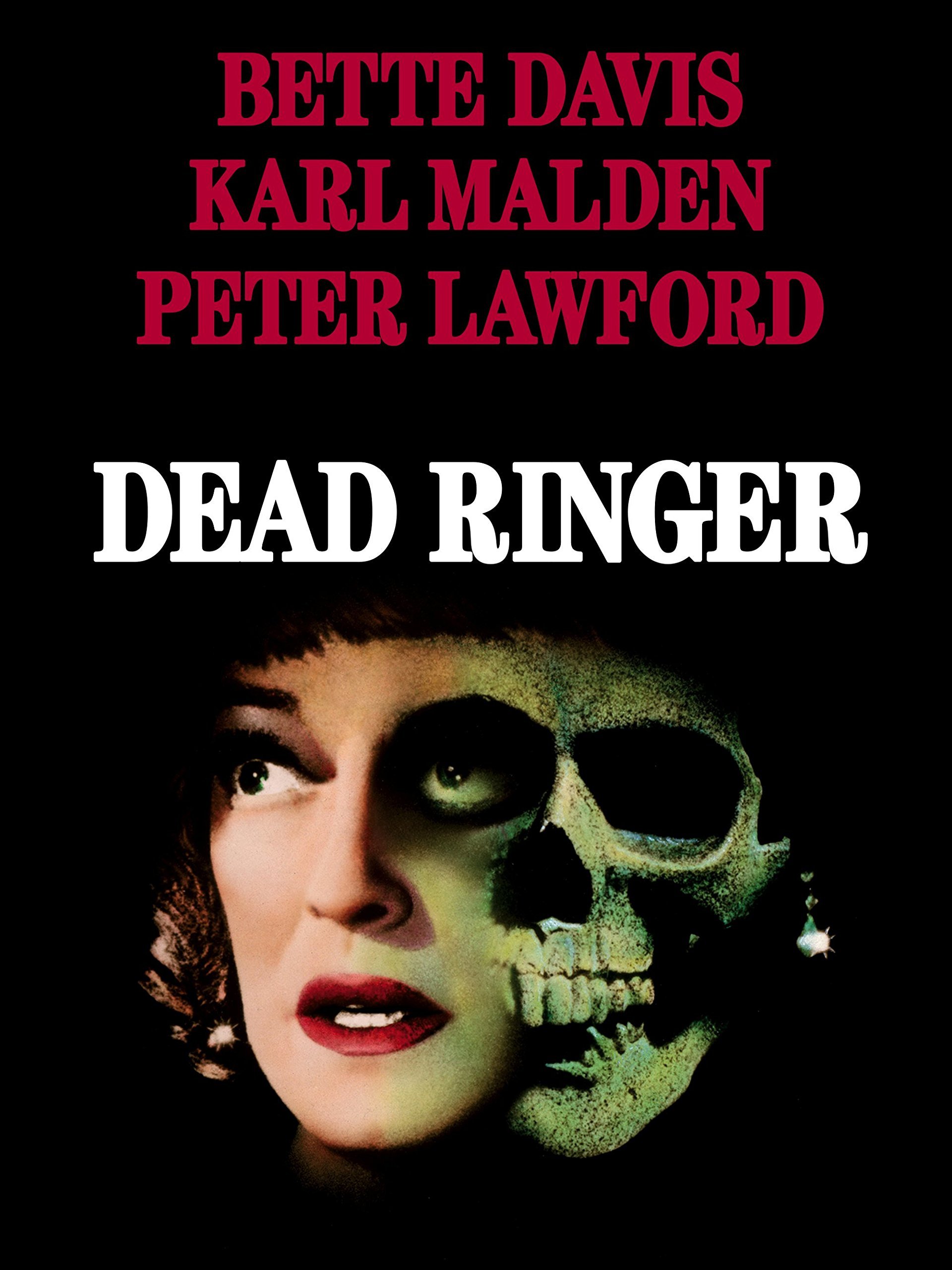 Dovetailing off the success of What Ever Happened to Baby Jane?, which touched off a spate of campy gothic thrillers starring the grand dames of Hollywood’s golden age, Dead Ringer features the compelling spectacle of Bette Davis competing for screen space with the only actress capable of upstaging her: Bette Davis. The film, meekly directed far across the soundstage by former actor Paul Henreid, is a potboiler filled with oh-so-convenient plot twists and purely incidental characterizations. But like Robert Altman’s 3 Women or Bobby and Peter Farrelly’s Stuck on You (though nowhere near either’s respective menace or lack thereof), it harnesses the complex psychological implications of physical doubling.

Davis portrays long-estranged twin sisters Edith and Margaret. Twenty years prior to the events that open the film, the social-climbing Margaret stole Edith’s rich beau and has been living fat off his funds while Edith struggles to keep her run-down nightclub afloat. The two meet at Mr. Moneybags’s funeral and, naturally, sparks fly once again. Almost on a whim, Edith murders her sister and makes a misguided attempt to take over her life—an act that in even a slightly less willfully low-stakes film would carry the cosmic gravity of Greek tragedy.

Edith scrambles, pretending that she knows Margaret’s safe combination by heart, or that she can differentiate between the mansion’s hundred rooms. Meanwhile, she tries to figure out what sort of person Margaret really was, which is difficult given that her two best friends couldn’t be further apart: Dede Marshall (Jean Hagen) is a blithely indecent social butterfly and Dona Anna (Estelle Winwood) is a dour, doily-wearing Bible-thumper.

In the end, Dead Ringer errs toward supplanting uneasy luridness in favor of undemanding bad taste (reaching a low with the final meeting between one character and a protective Great Dane), and it leaves Davis’s expected, flamboyant brilliance in the lurch. But with such side attractions as Davis slapping checkbooks across rooms, contemplating burning her own hand with a red hot fire poker, and pushing herself back into a chair, who could possibly care?

The video transfer is so good that you can see the flaws in some of the matte effects during shots where Bette Davis appears twice, as the mismatched spigot-jitters of the camera rub up against each other. The print is clean, the black-and-white cinematography comes off richer than it probably was ever destined to look, and there’s a comfortable level of grain. Bette’s smoke rings look particularly great. The sound is pretty low and uneventful, but you aren’t likely to miss any single, overbaked syllable from Bette’s pipes.

Drag icon Charles Busch (who appeared on the Bad Seed track) returns along with Davis biographer Boze Hadleigh for a full two hours of Bette lovefest. If Busch comes off as your garden-variety Bette queen, rubbing his hands together and giggling maliciously at every diva posture, Hadleigh sounds almost frighteningly obsessed. He hordes easily three-quarters of the track with anecdotes and (purely academic) gushing. It should play right into the hands of most of Dead Ringer’s core audience. Also included is a short featurette interview with Hadleigh; take it as an encore performance. And finally there are two pieces of vintage promotional material: a short piece on the location of the filming, loaded with shots of Bette hard at work that should have the Busch and Boze types in ecstasy, and a theatrical trailer.

Is there an anamorphic screen big enough to handle the diva wattage of two Bette Davises?