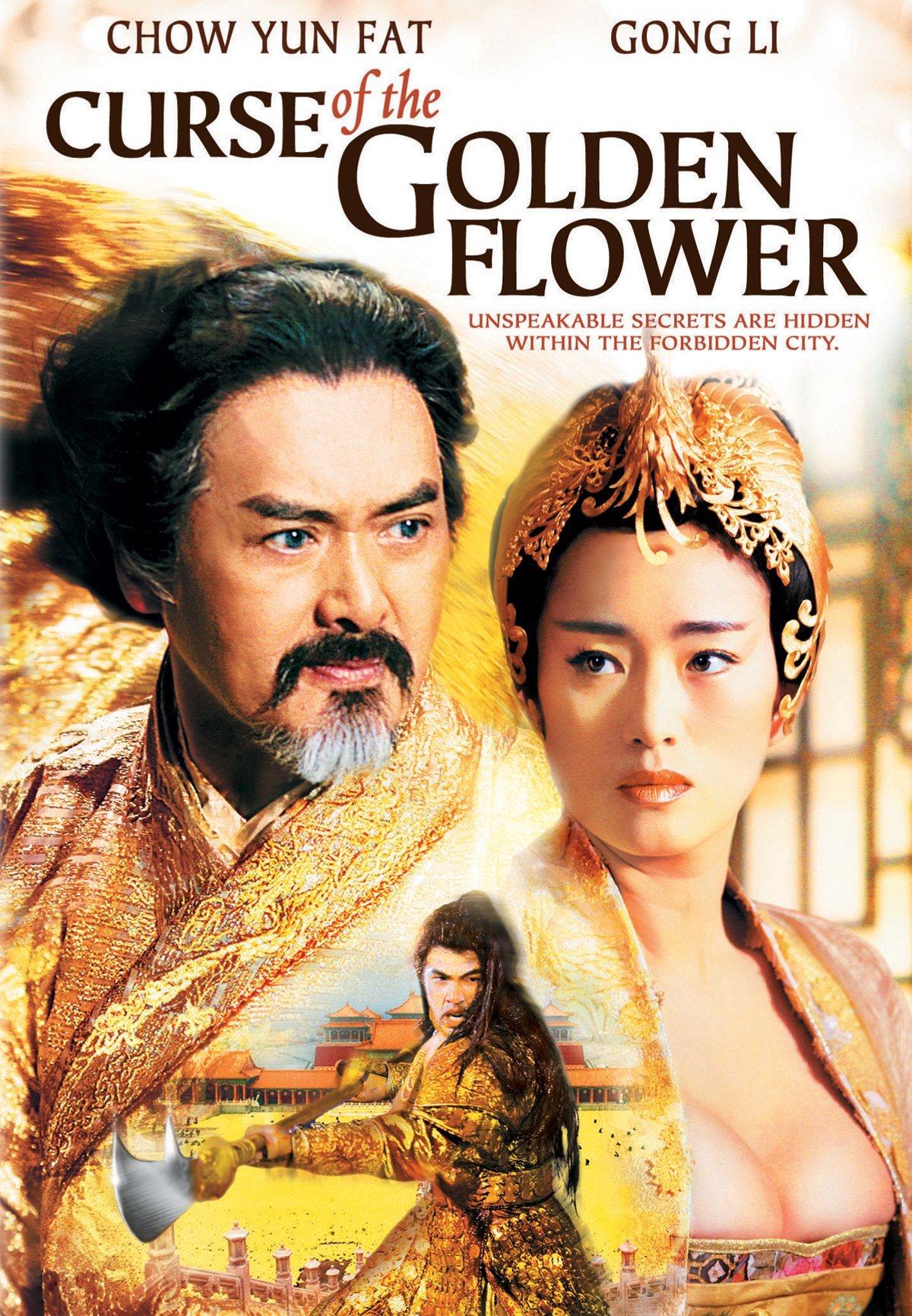 Zhang Yimou moves ever closer to grand opera with Curse of the Golden Flower, though this garish familial melodrama-cum-action extravaganza plays better in retrospect than it does in the moment. The percussive emotional rhythms of the wonderful House of Flying Daggers are nowhere evident (and, to be fair, we shouldn’t expect a distinguished talent like Zhang to merely repeat his past successes), but the abstract, CGI-heavy martial artistry of Golden Flower feels downright inept at times, the effectiveness of its eye-singeing primary color schemes—Minnelli-esque dollops of Black! Gold! Red! clashing like the armies of heaven and hell—often destroyed by and drowned in a dissociative sea of green-screened pixels. All manner of punches are pulled each time Zhang cuts to a sweeping wide shot; when he confines his gaze to the palace of the Later Tang Dynasty Emperor (Chow Yun Fat) and Empress (Gong Li) the film improves by leaps and bounds. Golden Flower is primarily concerned with matters of court intrigue (incest, secret poisonings, illicit affairs, a massive coup d’état) that spiral grandly out of control. These Shakespeare-lite machinations are well-performed by all with an appropriately exaggerated theatricality (there are facial expressions in this film for which the term “to the rafters” might have been coined), but only Gong—her torso wrapped bodice-ripper tight, her face covered in strategically-placed beads of sweat—manages to wring some profundity from the proceedings. Zhang wisely allows Gong’s grande dame emoting to carry Golden Flower overall and her post-bloodbath banshee wail is one for the Dragon Lady Macbeth hall of fame.

Zhang Yimou talks about feudalism and extreme male domination throughout the “Secrets Within” featurette, a handsome summation of the film’s making-of, hampered only by the tragically overzealous narration by some English-speaking schmuck. Rounding out the disc is footage from the film’s Los Angeles premiere at AFI Fest and a bunch of previews for other Sony Pictures Home Entertainment product.

Come for the colors, stay for Gong Li’s performance.