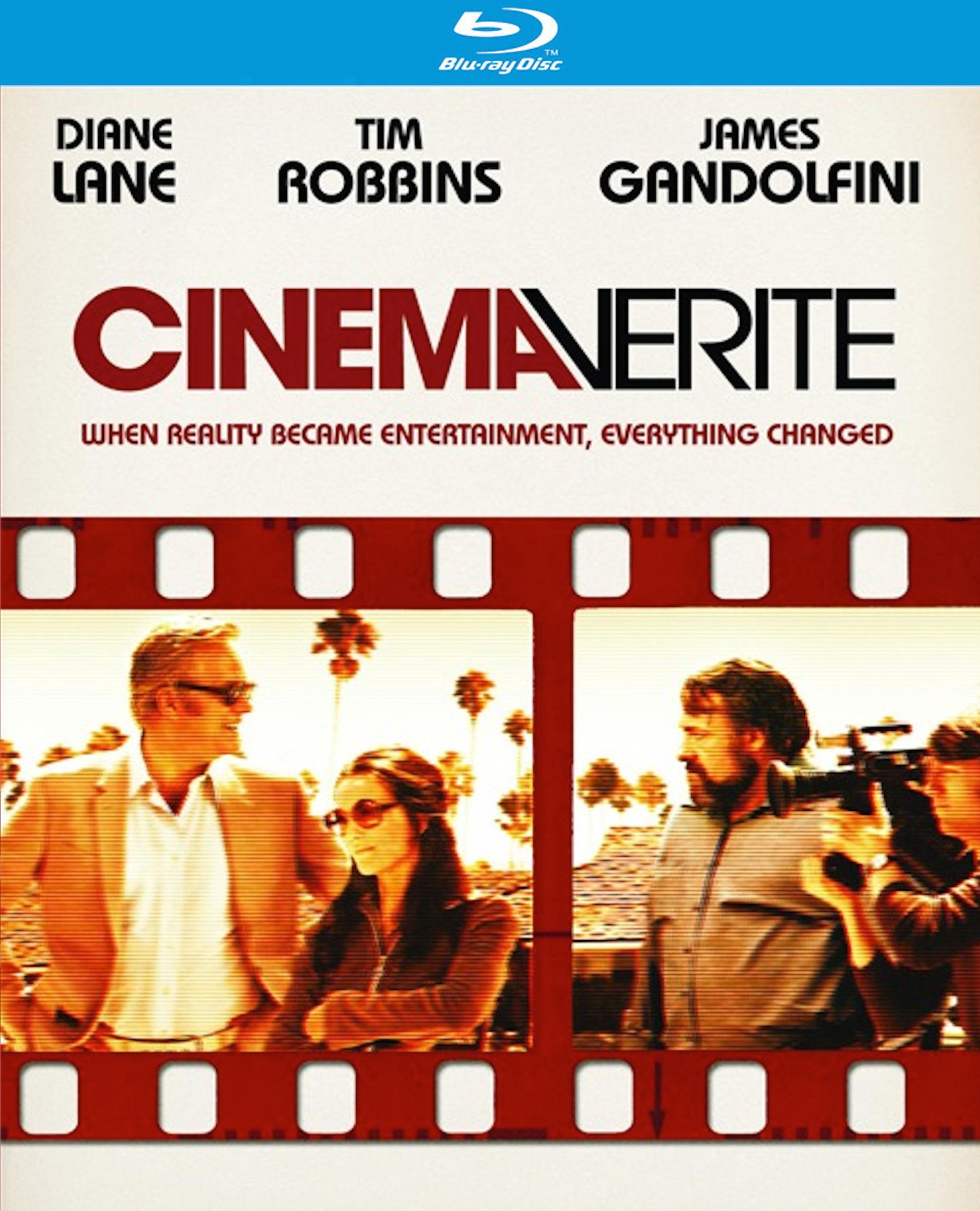 Shari Springer Berman and Robert Pulcini’s Cinema Verite is the film I had hoped they might have followed up their magnificent American Splendor with. Though less exuberantly experimental in its dissection of the easily permeated lines that divide fiction and nonfiction, not to mention the inherent complexities of depicting “reality,” Berman and Pulcini’s latest does a far more substantial job of suggesting the historic, sociological, and personal significance of these themes of creation and expression than either of the married filmmakers’ last two films, The Extra Man and The Nanny Diaries.

This isn’t to say that the two properly released films that Berman and Pulcini made between the release of American Splendor and the premiere of Cinema Verite on HBO aren’t of a similar mind. The Nanny Diaries, critically flawed by a limp script and an overall dull visual rhythm, is nevertheless a precursor to Cinema Verite, in that it’s essentially about an outsider’s purported no-holds-barred documentation of an American family, augmented by the outsider’s emotional connection with one of the family members. Very near unwatchable, The Extra Man deals in matters of presentation and myth, how we want to appear, how we actually are, and how these versions of ourselves can infiltrate one another.

Thematically, both films lay the groundwork for Cinema Verite, which uses the production of the game-changing PBS miniseries An American Family as the ideal setting to discuss all matters of narrative truth, artistic ethos, and human behavior. Creator Craig Gilbert, portrayed here by the reliable James Gandolfini, had recently been through a divorce, and the film, with admirable grace, suggests that this was a major factor in how he framed and edited the lives of the Loud family of Santa Barbara throughout the miniseries’s 12 episodes. Led by William (Tim Robbins) and Patricia (Diane Lane), the Loud family fought and bickered like any other family, but the barbed comments that were slung between Mom and Dad, and, by extension, the dissolution of that central marriage, came as a surprise to the viewing public.

This much seems a matter of indisputable record, but a great deal of the film’s drama comes from events either supposed, rumored, or just straight-up fictionalized in David Seltzer’s script. And it’s perfectly ironic that matters of honest depiction have spurred the threat of lawsuits against HBO from both Gilbert and the Louds over Cinema Verite, despite the fact that the film is openly a narrative work. The fact that the opening credits run over close-ups of editing equipment, soundtracked to “Dream a Little Dream of Me,” says enough about the film’s bemused thoughts on the purity of the title concept.

One of the most remarkable things Berman and Pulcini pull off, in fact, is incorporating a variety of perspectives and archival footage from the program seamlessly into a coherent visual rhythm and a thematically dexterous narrative, suggesting a multitude of subjective views of honest depiction. On more than one occasion, we suddenly become aware that we’re seeing the familial drama not from the Louds’ point of view, nor Gilbert’s, but from that of Alan and Susan Raymond (Patrick Fugit and Shanna Collins), the heads of the production unit that recorded the actions of the family, stayed with them, and bonded with them. And it’s ultimately the battle between two types of involvement, that of the Raymonds’ overt protectiveness and of Gilbert’s pseudo-objective agenda, expressed in a furious altercation about halfway through the film, that constitutes Cinema Verite’s central tug of war, with the Louds, Patricia in particular, taking the roll of the knot in the middle of the rope.

Patricia is, ultimately, the main character of the film, and the role allows for perhaps Lane’s most effective and loose performance since Unfaithful. She anchors nearly every scene she appears in, and Berman, Pulcini, and Seltzer show An American Family not only as the seed of the now overgrown, Audrey 2-type monster Venus flytrap that’s reality television, but also as a bold, historical marker of the rupture of domestic complacency. This was, after all, around the time that the divorce rate in America started to skyrocket, and though Gilbert is portrayed as, for lack of a better word, a bit of a prick, there’s no denying the premonition he has when he talks of Patricia as an icon of sorts. The directors don’t stick the landing (the aftermath of the series’s premiere is a bit rushed), but they perceptively and fascinatingly plot the evaporation of the boundaries between reality and fiction, and do so with enough giddy verve to include a teen cover band, snottily and ironically belting out a rendition of “Won’t Get Fooled Again.”

HBO handles its film transfers with the same level of precise attention that they give blow-out packages like Treme, True Blood, and Game of Thrones, and Cinema Verite’s excellent transfer is a testament to that. The film purposefully looks baked in the sun and this 1080p transfer gets the tint and the colors perfect. Black levels are good and inky and clarity is top-notch, allowing the colors of Diane Lane’s California wardrobe to really pop and nicely bringing out the texture on various buildings. The audio is also very good, with David Seltzer’s smart dialogue out front and crystal clear. Sound effects, pop songs and Rolfe Kent’s spot-on score are balanced nicely in the back of the mix. HBO’s reputation remains spotless.

Shari Springer Berman, Robert Pulcini, and Lane are consistently engaged in the discussion of the production of the film, the subject matter, Lane’s character, and the film’s hugely significant thematic argument. There are very few gaps of silence and there’s no moment where the conversation dips dramatically. The making-of featurette is less interesting and spends most of the time providing behind-the-scenes coverage and discussing the characters in very swift, uncomplicated bursts. Despite some cool footage, the featurette looks redundant in the face of the commentary.

HBO’s reliability in terms of both audio/visual Blu-ray transfer and film distribution remains far above par with the release of the lively Cinema Verite.