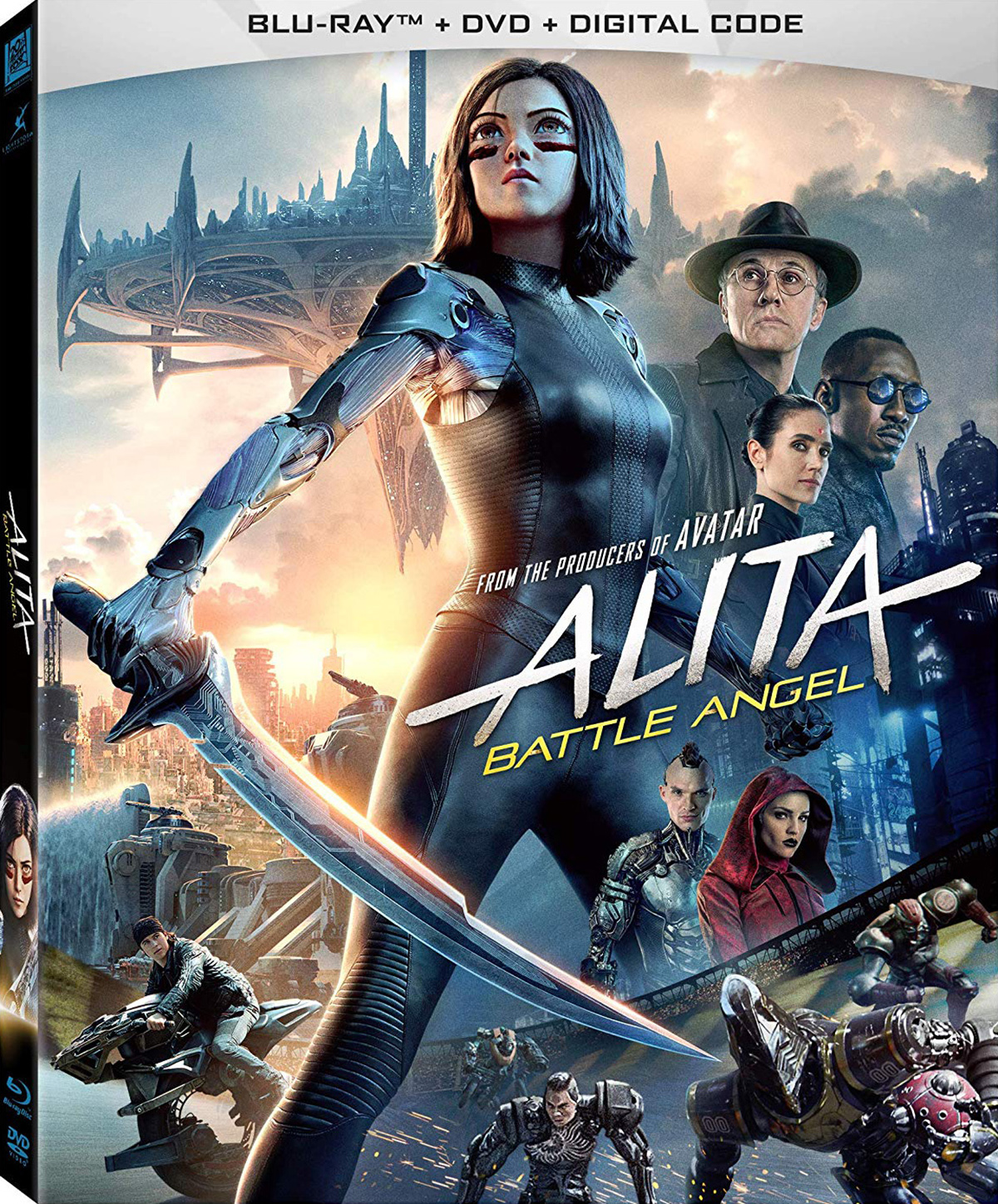 Doing away with the forced humor and slapdash style that’s weighed down so many of his films, Robert Rodriguez turns in a work of unexpected focus with Alita: Battle Angel. Based on a Yukito Kishiro manga series, the film concerns a cyborg, Alita (Rosa Salazar), who’s introduced as a piece of scrap found by a cybernetics specialist, Dr. Ido (Christoph Waltz), in a futuristic dystopian junkyard. After learning that his discovery’s broken, limbless shell contains a still-functioning human brain, Ido takes Alita to his lab, where he gives her a new body of finely wrought prostheses and restores her to functionality, albeit with total memory loss. As Alita struggles to remember her former self and forge new connections, she also discovers hidden talents for fighting that come in handy in the violent culture of the bustling, post-apocalyptic metropolis she now calls home.

Rodriguez dutifully follows the beats of your average young-adult narrative, as Alita is on a rapid growth curve following her restoration to her mostly former self, surprising even herself with how much strength and fighting prowess she possesses. And all while nourishing a romance with a local, Hugo (Keean Johnson), who just so happens to make a living assaulting people and harvesting their body parts for resale. In tried and true YA fashion, the male love interest is a blatant threat to the female protagonist, and the strained, perfunctory relationship that develops almost immediately between Alita and Hugo is by far Battle Angel’s weakest subplot. Likewise, the extensive world-building and franchise setup is de rigueur for establishing what’s mostly a boilerplate depiction of a decaying world of have-nots overseen by a small cluster of super-wealthy types who literally tower over the masses in a giant floating city that’s the last testament to a more advanced, prelapsarian age.

The film, though, begins to distinguish itself when it leans into the idiosyncrasies of Kishiro’s famed source manga. Like America’s preeminent creators of live-action anime, the Wachowskis, Rodriguez best captures his material when developing the story through a combination of action and tacit existential rumination. Much of Battle Angel’s action involves a network of bounty hunters who track down rogue humans and cyborgs at the behest of factories whose savage and unquestioning murders of anyone labeled a criminal paints a clear portrait of violently maintained corporate oligarchy in this society.

The action itself boasts some of the most impressive choreography and sturdy, coherent direction to mark a giant-scale blockbuster in some time, with fight scenes shot close enough to convey visceral impact but with enough distance and shot duration to communicate the instinctual grace and power of Alita’s combat skills. This is especially on display whenever she confronts Grewishka (Jackie Earle Haley), a colossus of advanced weaponry whose snaking, robotic claws bring new shades of visual dynamism to Rodriguez’s compositions as Alita weaves around her hulking nemesis in order to find the best angle from which to strike.

Likewise, the film gets a lot of mileage out of the extreme sport of motorball, depicted across scenes that suggest gene splices of Rollerball (the original and its remake) and the Wachowskis’ Speed Racer. Alita, increasingly looking for an outlet for her violent tendencies, takes a fancy to the sport, and her attempts to play professionally while dodging players paid to kill her result in a series of impressively fast and fluid action sequences.

As for the more reflective side of the film, it comes out in moments where Salazar is spared James Cameron and Laeta Kalogridis’s clunkier dialogue and her character just tries to feel out her place in her new environment. At times, the film’s vicious underworld of crime and street justice prompts our somber consideration of the extent to which laws are crafted to keep the servants at each other’s throats while the masters play. Cyborg-themed anime has always literalized the act of “becoming,” with the ability to destroy and remake one’s body made manifest as a metaphor for everything from puberty to embracing one’s true identity, and one gets a deeper insight into Alita’s emotional state from scenes of her regarding the shifts that her replaceable body undergoes than anything to do with her budding love for Hugo.

The film does fail to adequately scrutinize the underlying tension of Alita feeling she’s programmed to kill the more she remembers about herself, which spurs an attitude shift within her that worries the fatherly Ido. Still, Battle Angel is by some distance the most entertaining of the recent crop of would-be franchise starters, exciting on its own merits while leaving just enough of its world tantalizingly unexplored to actually fuel our interest in wanting to see where its characters go from here.

Alita: Battle Angel is a gorgeous film, and Fox’s Blu-ray captures every nuance of its expressionistic lighting. The amber-hued sunlight that spills into Ido’s shop exudes a radiant warmth, while the grimy, neon-streaked streets of Iron City show off the transfer’s impeccable balance of streaks of pale, artificial light against deep black levels. Detail is immaculate; no matter the level of CG animation, each scene feels tangible and lived in. Sound is similarly faultless, with the action scenes making thunderous use of the subwoofer, and sound effects regularly traveling the entire channel range as objects move across and outside the frame.

“Alita’s World” is a series of narrated motion comics that give added context to the background of the film’s dystopian future. None provides much information that one couldn’t glean from context clues in the film, but they’re nonetheless engaging mico-stories. Behind-the-scenes documentaries cover the production in rich detail, particularly the intense effort that James Cameron took in shepherding Yukito Kishiro’s manga to the screen, from crafting art reels and commissioning thick tomes of concept art to his extended attempts to wrestle the material into a shootable script. There are also extended looks at Rosa Salazar’s preparation to play Alita and the film’s detailed motion-capture technology. A Q&A with the cast and crew is also included, as are more specialized featurettes about some of the specifics of the film, such as an overview of the sport of motorball and VFX breakdowns for some scenes.

Alita: Battle Angel is the rare modern blockbuster to grow richer with each viewing, and Fox’s Blu-ray of Robert Rodriguez’s film may be the reference disc of the year so far, with unimpeachable audio and video and a host of strong extras to boot.

Neon White Review: A Heavenly Speedrunner That Let’s You Get Your Parkour On