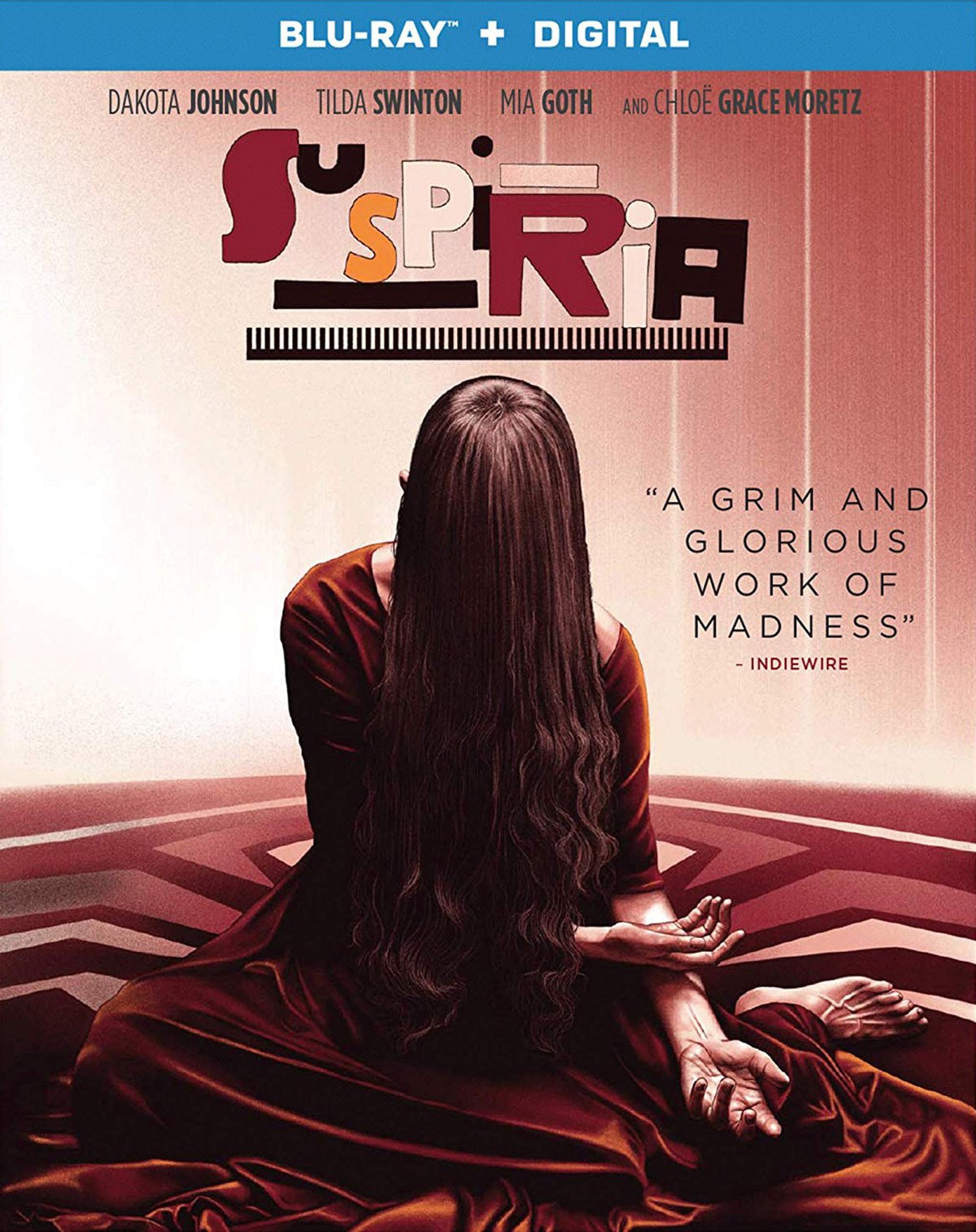 In his 1970 essay “The Concept of Character in Fiction,” postmodern author William H. Gass broke down the character Mr. Cashmore from Henry James’s The Awkward Age into a series of ideas: a noise, a name, an instrument, “a source of verbal energy.” Without denying the importance of character, Gass opines that all characters in fiction are, at their core, just a series of words.

For Dario Argento, character is just a series of images. Think of that complex opening murder from his 1977 masterpiece Suspiria, with its shards of broken stained glass and wire noose, that throbbing pink heart being stabbed repeatedly, and those faces contorted into agonized death grimaces. The sequence is operatic, nonsensical, and absolutely glorious. If the two victims aren’t important it’s because all that matters in the film is the manner of their death; the women are simply vessels waiting for their blood to spill. Argento’s lurid, unbridled vision takes purposeful leniency with the rules and regulations of reality. His film is strange and ungoverned by the rules of logic, a fantasy of super-saturated variegation and ludicrously exaggerated violence set to a prog-rock score that’s as apt for murder as it is for dancing.

By comparison, Luca Guadagnino’s remake of Argento’s film is silly and self-serious, a funereal pseudo-realist drama about political upheaval and the violence of systems that’s at odds with itself. The new Suspiria has little of the restraint that made Guadagnino’s prior Call Me by Your Name so poignant, and all the immoderation of a passion project. It’s the kind of astoundingly bad movie only a great filmmaker can make: bloated, confoundingly sloppy, unwaveringly self-assured yet rife with indecision, a mélange of showy indulgences that an editor should have flensed during post-production.

The film’s chutzpah is admirable—few remakes have ever strived so hard to establish an identity unique from their progenitor—and Guadagnino’s prowess is still obvious. Certain sequences possess a potent allure, beguiling in their meanness, such as an early dance sequence that uses complex intercutting and choreography—not to mention the sounds of bones snapping, skin splitting, and bodily fluids spilling—to suggest the possibilities of one character’s untapped powers. It’s a vicious and imaginative depiction of bodily suffering, and an unrepentant display of directorial prowess, as well as of Guadagnino’s fascination with the corporeal and spiritual experiences of the human body, the limitations of physicality, how one person’s body can affect another’s. But this Suspiria is, from its frazzled opening moments to its incongruous, blood-doused climax, frustratingly shambolic.

The film takes place in Berlin, during the so-called German Autumn of 1977. Stories of the Red Army Faction and the Lufthansa Flight 181 hijacking play on televisions, adorn the front pages of newspapers, and spill like poison from speakers across the city. From the brume of a smoke bomb emerges a young girl, Patricia (Chloë Grace Moretz). She pounds ferociously at the door of her psychiatrist, Dr. Josef Klemperer (Tilda Swinton, credited as Lutz Ebersdorf, in a bit of stunt casting), who lets her in and listens as she rambles about witches and conspiracies at her dance company. “They’ll hollow me out and have my cunt on a plate,” she says, before disappearing into the night. Klemperer, who’s given his own subplot about a wife who went missing during the Holocaust, and who comes to represent the indelible, ineffaceable atrocities of the past, embarks on a quest to get to the bottom of Patricia’s story.

Klemperer becomes something of a sleuth, and quite a deft one, probing his patient’s disconcerting claims by speaking to her classmates at the Markos Dance Academy. As he waits outside the school, veiled by snow, the old man suggests a portent of the past and its refusal to disappear. His unwavering efforts stem, at least in part, from a lamentable period in his past, namely from the losses he suffered during the war. The man seeks closure, but he is, more than anything, a distracting and obvious thematic device for the film’s political ideas, at once obvious and obfuscated, and his prominence in the narrative becomes irksome. In a story about feminine ferocity and the malfeasances of post-war society, Klemperer’s exposition-laden investigation interrupts the hypnotic aura for which Guadagnino is striving. The man and his miserable history—too obviously reflecting the misery of history in general—feel like extraneous elements in an already busy film.

Susie (Dakota Johnson), a preternaturally talented dancer from a Mennonite family in Ohio, arrives at the Markos Dance Academy, where she immediately impresses Madame Blanc (also Swinton) and becomes an object of desire for the witches who lord over the academy, and who seek to find a young woman such as Susie as a vessel for their ailing “mother.” Swinton, who gave one of her most emotionally nuanced performances as a mostly mute rock star in Guadagnino’s A Bigger Splash, has much more fun as Klemperer than she does as Madame Blanc. As the teacher-slash-witch, she’s all concerned stares—a stoical pedagogue who never seems particularly insidious or dangerous. In general, the witchcraft in the film isn’t very prominent, or interesting, as Guadagnino seems more intrigued by the political tumult of the coven, their election process, and the schism between those who want Madame Blanc to assume command and those who support the old and quite unwell Helena Markos (also Swinton), than he does in magic or mystery.

Suspiria is a largely befuddling accumulation of shots and sounds that never coalesce. Guadagnino and cinematographer Sayombhu Mukdeeprom, who also shot Call Me by Your Name, make proficient use of the zoom, and move the camera often, as if stasis makes them uneasy. Each movement, each pan and push, is carefully choreographed, with subjects situated in precisely the right part of the frame, the scenery of the negative space enfolding them.

But the relationship between shots is rarely meaningful or considered, and the editing perfunctory. And this sense of disarray and fallaciousness extends to the music. Thom Yorke’s score, eerie and more discordant than his previous solo efforts but laced with his usual malaise and paranoia, bears little resemblance to Goblin’s beloved theme music for the original film. (“Suspiria,” with its whispers of “witch!” and infectious arpeggio motif, has become something of a theme for Argento himself.) Any attempt to emulate Goblin’s score would have been boring and lazy, and while Yorke uses a flotilla of digital notes and the occasional burst of curious drums to create the sound of sinister hypnosis, the vocal tracks have an odd, other-ly feeling, disconnected, like they don’t belong with the images they accompany.

This Suspiria is all the more vexing because there are shades of brilliance here, and because Guadagnino is so obviously a talented artist who wanted so badly to make a Great Film but fell victim to his own enthusiasm. There’s a pivotal shot—unshowy and imbued with uncertainty and ineffable anxiety—in Call Me by Your Name that concisely represents Guadagnino’s strengths as a filmmaker. Timothée Chalamet’s Elio and Armie Hammer’s Oliver walk around a WWII monument situated in an Italian town’s piazza. They speak laconically, their words pregnant with unspoken meaning as the camera moves with an unfussy sense of control. This is the moment when Elio confesses, without really saying anything, that he’s in love with Oliver. Here, Guadagnino uses an unbroken take to keep us entrenched in an ontological moment, so that the badinage, the gradual revelation of spurious words, the sober reactions are all captured in unfeigned real time. Conversely, his Suspiria feels chicanerous, at once rushed and sedate. It’s a film of forced momentum, dawdling in moments but lacking the patience to really luxuriate in their rhythm.

Lionsgate’s 4K scan preserves the integrity of Suspiria’s retro color palette. Those deep autumnal browns and reds remain ever so muted—all the better to appreciate the splashes of color that suddenly and vibrantly fill the frame. Blacks, meanwhile, are inky without sacrificing any details, especially in the film’s more darkly lit scenes. But the Dolby Atmos sound is the real selling point of the disc. The sound is impressively layered with whispers of witches and echoes of footsteps positioned all throughout the mix, nicely complementing the intricacies of Thom Yorke’s eclectronic score.

“The Making of Suspiria” consists primarily of Luca Guadagnino doling out effusive praise for Dario Argento’s original, with various actors from the remake occasionally spouting platitudes about how much they enjoyed working with their director. Also running approximately four minutes, “Dance” shines a light on the work of choreographer Damien Jalet, who discusses the film’s association between witchcraft and modern dance, while “Transformations of Suspiria” offers a backstage peak at Mark Coulier’s prosthetic work.

The extras on Lionsgate’s Blu-ray are superfluous, but the first-rate video transfer and superb, resonant audio promises to generate more fans of Luca Guadagnino’s remake.