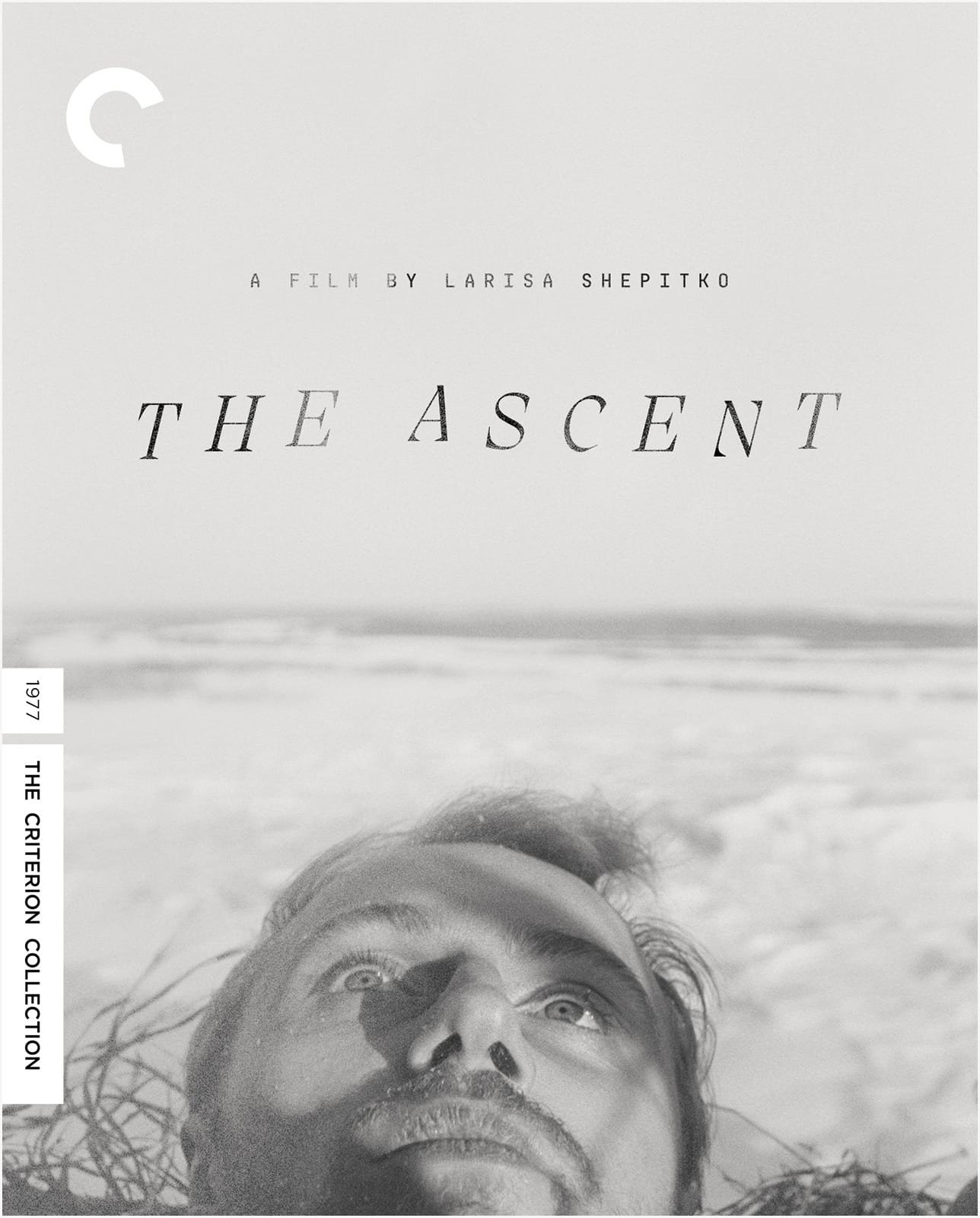 Larisa Shepitko’s final film before her untimely death at 41, The Ascent is a lyrical evocation of the costs of moral and spiritual fortitude in times of great despair. Set during the German invasion of Russia during World War II, the 1977 Golden Bear-winning film focuses on the trials and tribulations of two Russian soldiers, Sotnikov (Boris Plotnikov) and Rybak (Vladimir Gostyukhin), as they venture out together on a desperate search for food across an unforgiving landscape. Where the film’s first half is concerned with the physical toll of this grueling journey, Shepitko slyly shifts into more existential terrain as the narrative progresses, homing in on the spiritual battle between two men who find themselves on opposite sides of a divide when confronted by evil. And as the sturm und drang of war moves from the physical to the spiritual plane, Shepitko articulates her themes with remarkable concision and profound visual impact.

The film’s early scenes are resolutely fixated on the sheer physical agony of Sotnikov and Rybak’s ordeal. This is made disconcertingly palpable though the handheld camera that stays uncomfortably close to the men as they push through a sea of branches in the woods and fight their way through the deep snow. Every footstep feels like a momentous action, the physical pain of a bullet wound intensified by the extended, extreme close-ups on Sotnikov’s anguished face; it’s as if the camera itself, so observant of these men’s frost-bitten fingers and the way in which snow seeps into their clothes and shoes, feels the harsh sting of the cold in this frozen tundra. A literal and metaphorical presence, snow is everywhere and seemingly inescapable in The Ascent, with the blanketed vistas obscuring both the visible paths to safety and the symbolic ones toward righteousness, compassion, or human understanding.

The film’s centerpiece is the interrogation of Sotnikov and Rybak by Portnov (Anatoly Solonitsyn), a Russian citizen turned Nazi. Sotnikov’s clear-eyed refusal to cooperate and the torture he subsequently endures stands in stark opposition to Rybak’s cowardice in the face of Portnov’s threats. Across these scenes, Shepitko stunningly incorporates a shot-countershot pattern of Sotnikov’s rigidly determined, almost possessed gaze (shades of Maria Falconetti in Carl Theodor Dreyer’s The Passion of Joan of Arc) followed by a look of confusion and, finally, exasperation washing over Portnov’s mournful face. Then when it’s time for Rybak’s interrogation, Portnov sees a reflection of himself in this man who’s so frightened and ready to talk to save his own skin. It’s at this point in the interrogation that Portnov drops his cool, calm demeanor, erupting in anger not at the man who repudiates him, but rather the one who gives in to his fears and loses his grip on his sense of virtue.

In setting Sotnikov up as the noble martyr, the film channels familiar Christian iconography, but it does so in a visually inventive manner that’s less religious in its ambition than purely symbolic, of transcending the horrors of war through sheer force of will. Across shots in which we glimpse what resembles a crown of thorns formed by branches in front of Sotnikov’s face after he’s shot, a glowing white light behind his head following his torture, and askew telephone poles eerily reminiscent of hastily perched crosses, Shepitko poetically connects the misery and moral depravity of wartime existence to the doctrine of the fall.

The Ascent, though, isn’t completely hopeless, as suggested by the haunting close-ups that close the film, during which Shepitko cuts between Sotnikov and a young boy who observes his execution. Sotnikov’s eyes possess the same radiance they did following his earlier torture, and upon seeing a tear streak down the boy’s face, the man looks directly at him and ever so slightly smiles—as if to offer the boy solace and pass the torch of his spirit of resistance.

This transfer is from a 4K digital restoration performed by MosFilm in 2018, and it’s a huge improvement over the Criterion’s earlier presentation of The Ascent as part of Eclipse Series 11: Larisa Shepitko (which also included Shepitko’s 1966 drama Wings). For a film so concerned with the human face and all that it reveals, the newfound detail and clarity of the image is revelatory, unveiling newfound textures in the treacherous snow-covered landscapes and an intensified luminosity that adds power to the many intense gazes captured throughout. The uncompressed monaural soundtrack also marks a discernible improvement over the earlier release, with a nicely balanced mix with a strong separation of sonic elements.

The most vital feature included on this release is a selected-scene commentary by film scholar Daniel Bird, who touches on the metaphysical elements of The Ascent, its use of religious iconography, and the unusual dimensions of Alfred Schnittke’s score. A more personal, intimate perspective on the film is provided by three additional extras: a 20-minute video introduction by Larisa Shepitko’s son, Anton Klimov; Elem Klimov’s 1980 short film Larisa, a loving tribute to his late wife; and a 1999 program where the Come and See director introduces a lengthy interview that Shepitko gave on Bavarian TV following the release of The Ascent. An interview with actor Lyudmila Polyakova provides insight into the challenges of the film’s shoot, while an episode of the Russian TV program Islands from 2012 includes additional thoughts from Anton Klimov as well as Shepitko’s sister, Emilia Tutina. The disc is rounded out with Shepitko’s 1967 short film The Homeland of Electricity and a foldout booklet with an essay by poet Fanny Howe, praising The Ascent’s visual and thematic lyricism.

Criterion’s Blu-ray release is the most impressive home video release of a Larisa Shepitko film to date, and it includes a slew of extras that delve into the lasting importance of a filmmaker whose life and career were tragically cut short.