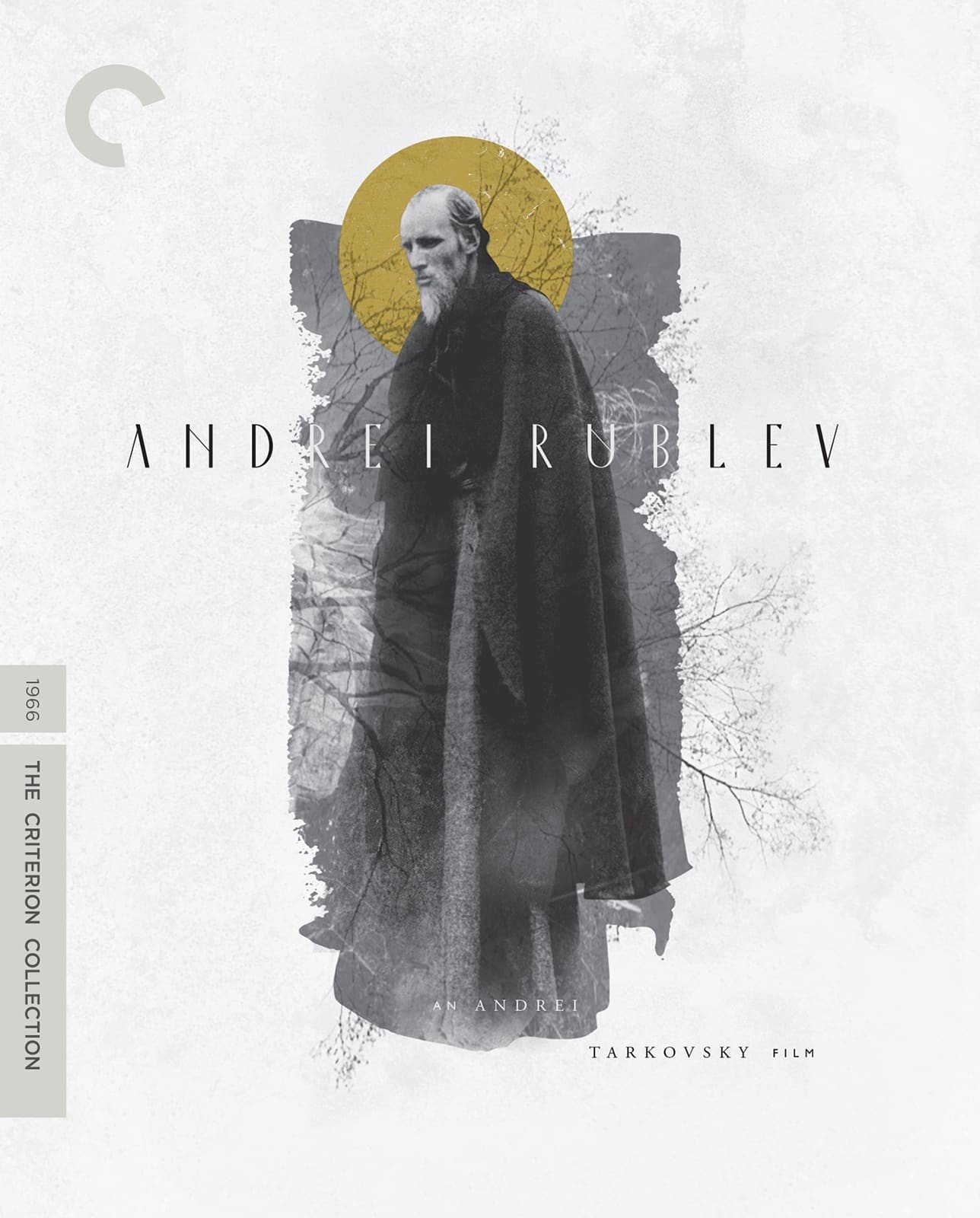 Andrei Tarkovsky’s second feature, Andrei Rublev, takes place against a vast backdrop that magnificently illuminates the vision and soulfulness of the eponymous 15th-century monk and icon painter (Anatoly Solonitsyn), evincing a complex understanding of spirituality and faith that would inform all of the Russian auteur’s subsequent films. Andrei is introduced to us as a man who radiates serene piety, projecting the ideal image of devoutness as he travels the countryside of the Grand Duchy of Moscow, visiting cathedrals in search of places to ply his art. His behavior sharply contrasts with the nervousness of his colleagues, fellow monk artists Daniil (Nikolai Grinko) and Kirill (Ivan Lapikov), who move through the cold, harsh land in scuttling fashion, motions that give away their anxiety about leaving the safety of their monastery. The other monks’ pragmatism becomes a foil for Andrei’s idealism, which is increasingly challenged over the course of Andrei Rublev’s running time.

Daniil and Kirill’s fears are somewhat justified by the despair of feudalism that rages outside their monastery. Incessant rain turns barren lands—dotted by the craggy, inextricable stumps of recently felled trees—into muddy quagmires, defying attempts to render them hospitable. Villages look as if they’re constantly being reclaimed by nature, and various campfires blanket these hamlets in a hellish haze of smoke. In this context, the cathedrals the monks visit seem less like houses of God than bulwarks against the innate hostility of the nature he created—the only buildings strong enough to withstand the erosion of rain and wind. Tarkovsky’s mastery at conjuring up hypnotic atmospheres is evident in Andrei Rublev’s massive vistas, which he shoots with an oneiric tone that communicates nature’s untamable energy.

Later in the film, churches function less as places of spiritual renewal than sanctuaries for villagers harried by civil war and Tartar invasions. And though these cathedrals boast splendiferous exteriors, they’re scarcely ornate within. Inside, the monks are confronted by bare, white walls—blank canvases that seem to beckon for adornment. These uninspiring, bland interiors offer a subtle reminder that so much of the Eastern Orthodox Church’s image of splendor, as well as its authoritarian heft, was projected by artists’ individual efforts. Thus Andrei, whose humility is a model of devout faith, is tied to a machine that produces such systematic horrors as public executions.

Tarkovsky balances his wide panoramas of human atrocity and nature at its most unsettling with intimate shots of Andrei that make the monk look as much like a religious martyr as the figures he paints. Andrei is also regularly framed within windows and door frames that replicate the borders of many paintings. Tarkovsky also uses this framing effect to emphasize the way that Andrei uses his art as much to retreat from the world as to give glory to God.

Andrei Rublev cemented a theme that would remain a constant throughout Tarkovksy’s filmography: that of superficial shows of faith, whether spiritual, religious, or existential in nature, being challenged until they transform into something that doesn’t exist in a vacuum, something that reckons with a world larger than any individual’s knowledge. As such, Andrei’s eventual return to his work is treated not only as a display of the man learning to cope with his trauma, but as a spiritual awakening. In the lengthy montage of the real-life Rublev’s actual paintings that closes Andrei Rublev, the art that we glimpse echoes Tarkovsky’s framing of Andrei throughout the film. Yet where Tarkovsky’s images of Andrei himself feel claustrophobic, the filmmaker shows how the paintings that Andrei produced reached beyond the borders of their frames and to the beauty of the world around him, wherever it may lie.

The Criterion Collection’s transfer looks gorgeous, easily outstripping their DVD release from way back in 1999. The high-contrast images, rich in restored detail and absent of debris, are no longer washed out, and black levels display newly startlingly depths. Throughout, shots filmed on location look every bit as crisp and rich as those captured indoors. The soundtrack is no less impressive, leagues away from the tinny, muffled quality of the old DVD. The frequent rainstorms that pummel the film’s characters seem all the more agonizing now given how clearly the rush of falling water can now be heard. And to get an idea of how radically Andrei Rublev has been cleaned, one need only watch the unrestored original cut—with its blurrier contrast and blotchy black levels—that’s included on a separate disc.

Besides the aforementioned extended cut of Andrei Rublev, Criterion’s release comes with Andrei Tarkovsky’s 1961 short The Steamroller and the Violin, which touches on the filmmaker’s recurring themes, namely the distrust of hidebound traditionalism. Archival footage of Tarkovsky directing the short is included, as is a brief documentary on the writing and production of Andrei Rublev. A new documentary looks at the legacy of Tarkovsky’s 1966 masterpiece, while filmmaker Daniel Raim contributes a video essay about the film’s themes, structure, and aesthetic. The disc also comes with an interview with film scholar Robert Bird, who provides a general overview of Andrei Rublev, while scholar Vlada Petric analyzes the form of the film in a select-scene commentary. An accompanying booklet contains a 1962 essay from Tarkovsky that explains his concept of artistry, as well as an essay by critic J. Hoberman, who balances a summary of the film’s style and ideas with details about the censorship Tarkovsky faced throughout his career.

Review: Ingmar Bergman’s Scenes from a Marriage on Criterion Blu-ray