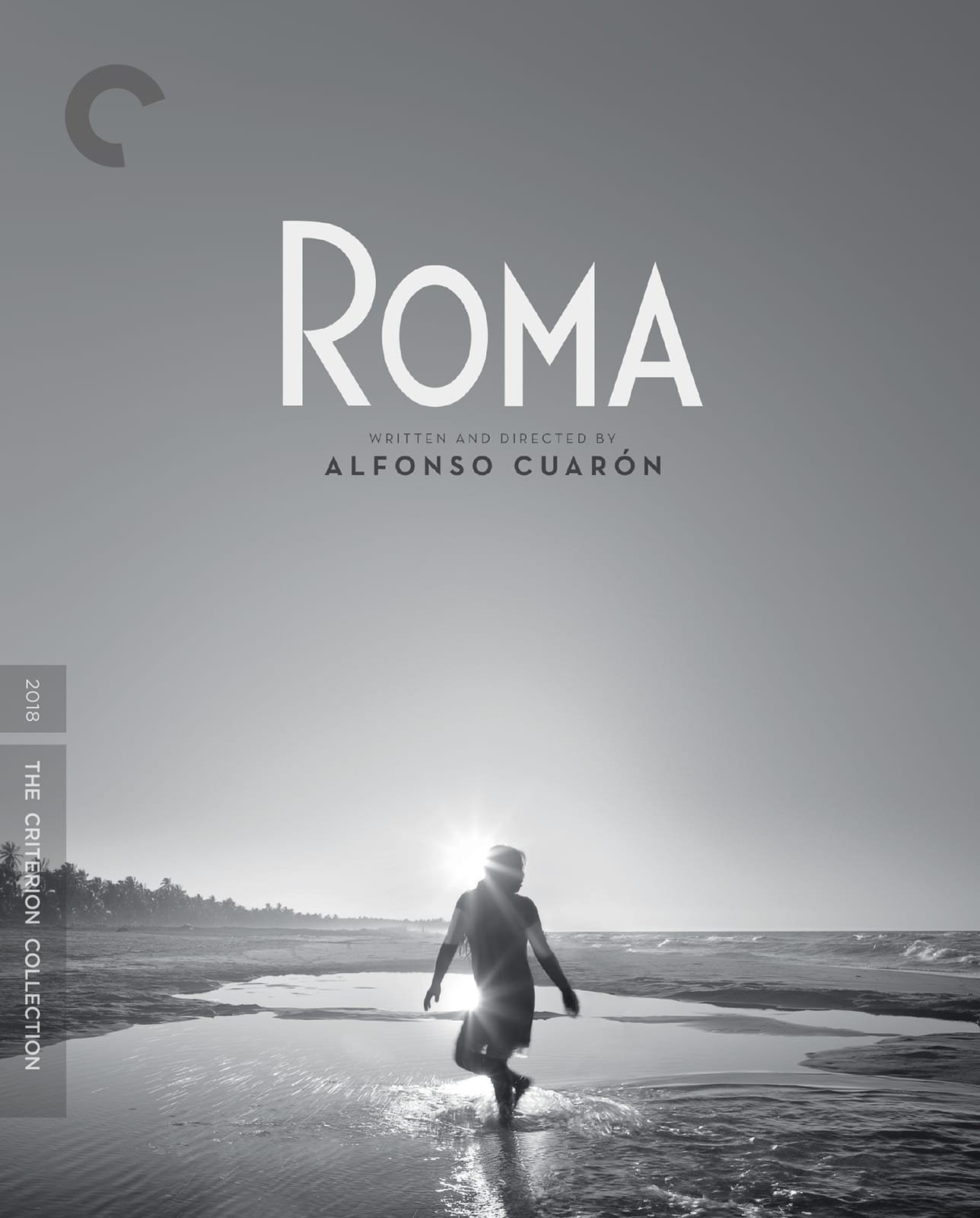 From the start of Alfonso Cuarón’s Roma, the banal and sublime walk hand in hand. Sloshing water transforms a tile floor into a mirror, capturing the reflection of a plane soaring across the sky above. There’s an almost magical quality to this image, and it’s an impression that’s undermined by the camera tilting upward to reveal the unglamorous reality of the water’s source: a maid washing dog feces out of a driveway.

The woman, Cleo (Yalitza Aparicio), works for the family of Dr. Antonio (Fernando Grediaga), a man who seems to be a guest in his own home. As a car pulls into the driveway, shots of the vehicle’s grille, tires, and gear shift make Antonio’s presence known. An entire dynamic between the patriarch and his family is established in the way the man’s wife, Sofia (Marina de Tavira), and their children gather to welcome him as if paying tribute to some visiting dignitary—their awestruck faces alight by the glow of the car’s headlights.

These initial moments give the audience a sense of this family’s perspective, but for the most part Cuarón roots the camera in Cleo’s point of view. An indigenous woman who speaks both Spanish and Mixtec, she switches between the languages on a dime depending on whether she’s talking to her employers or to the other servants in the house. Though Sofia is never depicted as an uncaring or inattentive mother, it’s clear from the start that Cleo is largely responsible for rearing Sofia’s children, who tend to respond faster to Cleo’s commands than to their mother’s own. Cuarón establishes the economic and class divisions of the Mexico City neighborhood where Antonio and Sofia live via scenes that place Cleo as one of a fleet of servants who toil inside the area’s homes, and in one long take, the camera floats over the rooftop of Antonio’s manse as Cleo hangs laundry, slowly revealing numerous other maids scrubbing and hanging clothes on roofs that stretch to the image’s vanishing point.

Cleo’s status as glorified second mother to Sofia’s kids is cemented further when Antonio, already such a spectral presence in the lives of his family members, moves in with his mistress under the guise of attending a medical conference. As Sofia realizes what’s happened, her grief and anger isolate her from the rest of her family, forcing Cleo to increasingly take on responsibility for the well-being of Sofia’s children, which includes sheltering them from the knowledge of their father’s abandonment. But as Cleo contends with the added tension in her employers’ household, she must also deal with an unexpected pregnancy and the sudden, violent rejection by her boyfriend, Fermín (Jorge Antonio Guerrero), who threatens to kill the woman and her unborn child if she makes him take responsibility as a father.

These relationship struggles veer Roma into melodrama, albeit of a kind whose emotions are frequently held at a distance by Cuarón’s aesthetic approach, which privileges long takes and master shots that often dwarf Cleo in the frame. In a scene where the maid goes to confront Fermín over their child while he practices martial arts with other men in a soccer field, she’s just a speck in a massive shot that takes in a mountain that looms over the scene as the men do their drills, their movements kicking up a thick cloud of dirt that hangs over the field like a fog. Cleo’s near-invisibility in the shot forecasts how much power she’ll project while dealing with the imposing Fermín, and similar methods of shrinking Cleo in the frame assert her diminished authority in Antonio and Sofia’s household. Cuarón calls attention to the unspoken wealth of the family Cleo serves by highlighting the size of their home, placing Cleo in the middle distance and background of deep-focus images that make the house seem as big as a castle, and the vastness of the space is subtly reinforced by the fact that in spite of the maid’s seemingly endless toil, the place never, ever seems to get clean.

Aparicio, a first-time actor who responded to a casting call without knowing who Cuarón was, gives a performance that’s defined by halting mannerisms. That’s an approach that makes sense for the actress’s character, a woman who’s paid to silently handle the life inconveniences of her bosses and who treats her increasingly prominent position in Sofia’s life with the caution of someone who’s inadvertently trespassing. Throughout, Cuarón emphasizes Cleo’s helplessness, whether she’s caught up in a riot that abruptly breaks out during a civil demonstration or dealing with complications during the delivery of her baby. And the depiction of said delivery—an unbroken long shot that captures the entirety of the birthing process—is the film’s emotional high point. By framing the moment in this way, Cuarón forces the audience to notice every new wrinkle in the delivery just as Cleo does—as her reactions gradually turn from pained to confused to panicked as problems arise.

Acting as writer, cinematographer, and co-editor on Roma, Cuarón exercises near-total control over every frame, and the static camera during the hospital scene captures as technically exacting an image as anything in the elaborate blocking that typifies Children of Men and Gravity. By the same token, Cuarón’s efforts to use his formal mastery to foreground Cleo’s physical and social place speaks to a focus on character that hasn’t been this thrilling in his work since Harry Potter and the Prisoner of Azkaban. As showy as the film’s compositions and elegant camera movements can be, they consistently illuminate Cleo’s state of mind and social status, as well as give voice to all the emotions she lacks the freedom to openly express.

Cuarón mixes classical and modern modes of melodrama so freely that Roma calls to mind Francis Ford Coppola’s ’80s films, which used similarly old and new Hollywood techniques to craft stories that wedded nostalgia with clear-eyed social commentary. But where Coppola set his fondness for old melodramas and musicals against the ills those films often papered over, Cuarón confronts his own personal privilege, ruminating on the perspective of the sort of woman who helped raise him. (Cleo is based on the filmmaker’s childhood nanny, Liboria Rodríguez.) In the end, Roma is autobiography as autocritique, and in exploring a point of view adjacent to his own, Cuarón appears to have rediscovered his identity as a filmmaker.

With Roma, Alfonso Cuarón channels longtime collaborator Emmanuel Lubezki’s seemingly indefatigable virtuosity. The film sometimes even resembles a live-action playthrough of Lubezki’s Instagram account, which frequently features monochrome, deep-focus images of what could easily be mistaken for Roma production stills. Serving as his own director of photography, Cuarón shot Roma using the mighty Arri Alexa 65, then mastered it in 4K, giving the images a specific clarity of present-ness that actively resists overdosing on what could have been a soporific level of nostalgia. And this is unequivocally a Blu-ray release of flagship proportions, as Criterion’s encoding team has made sure that we get a bitrate that’s worthy of some of the most painstakingly composed black-and-white images in many a long year.

Roma’s sound design is just as rich. The film’s sound mixers and editors etch a soundscape with a technical lucidity that, complementing the crystal clarity of ultra-high-end digital video, somehow makes Cuarón’s memory deep dives a landscape of vivid yet alien effects. They deploy a sound as dramatic underpinning only at a few, prudently chosen points; elsewhere, even the most dazzling images are cloaked in eerie tranquility. It’s no surprise, then, that Criterion’s work on the audio—via an absolute barnburner of a format, Dolby Atmos Spanish TrueHD 7.1—will grace the right home-entertainment setup with peerless fidelity to the director’s autobiographical magnum opus. (Also, and exclusively for Spanish speakers who are hard of hearing, the alternate track is descriptive audio.)

The main supplement is a feature-length, behind-the-scenes documentary titled Road to “Roma” that, as with many projects of its kind, treats us to candid footage of the director and his crew brainstorming and fine-tuning the finished product. This kind of featurette has a double appeal, capturing the process as it happens, and, as a visual endeavor on its own, being just the right degree of bland to let us know that, when the rubber meets the road, camera position, lens selection, f-stops, and a million other factors make all the difference.

Alongside this, there’s an array of production photos, a featurette covering the film’s tour across Mexico, and a massive booklet of essays that illuminate several different aspects of the film’s production. There’s a compilation of tweets by author Aurelio Asiaín, poetically canvassing countless observations about the film, bolstered by several rounds of editing and re-editing after as many subsequent viewings. There’s also contributions by historian Enrique Krauze and novelist Valeria Luiselli. What stands out the most, besides these texts, is the inclusion of several foldout images from the film, paying printed homage to the widescreen motion picture. All in all, hungry Roma-philes will remain engaged for the better part of a day.

Alfonso Cuarón’s mitts are all over this director-approved Criterion Blu-ray release, and there’s good and bad with that, depending on your relationship with the film.

Now and Then Review: A Murder Mystery That Doubles As an Examination of Social Status

Review: Reminiscence Is an Undernourished Future Vision About Nostalgia’s Effects