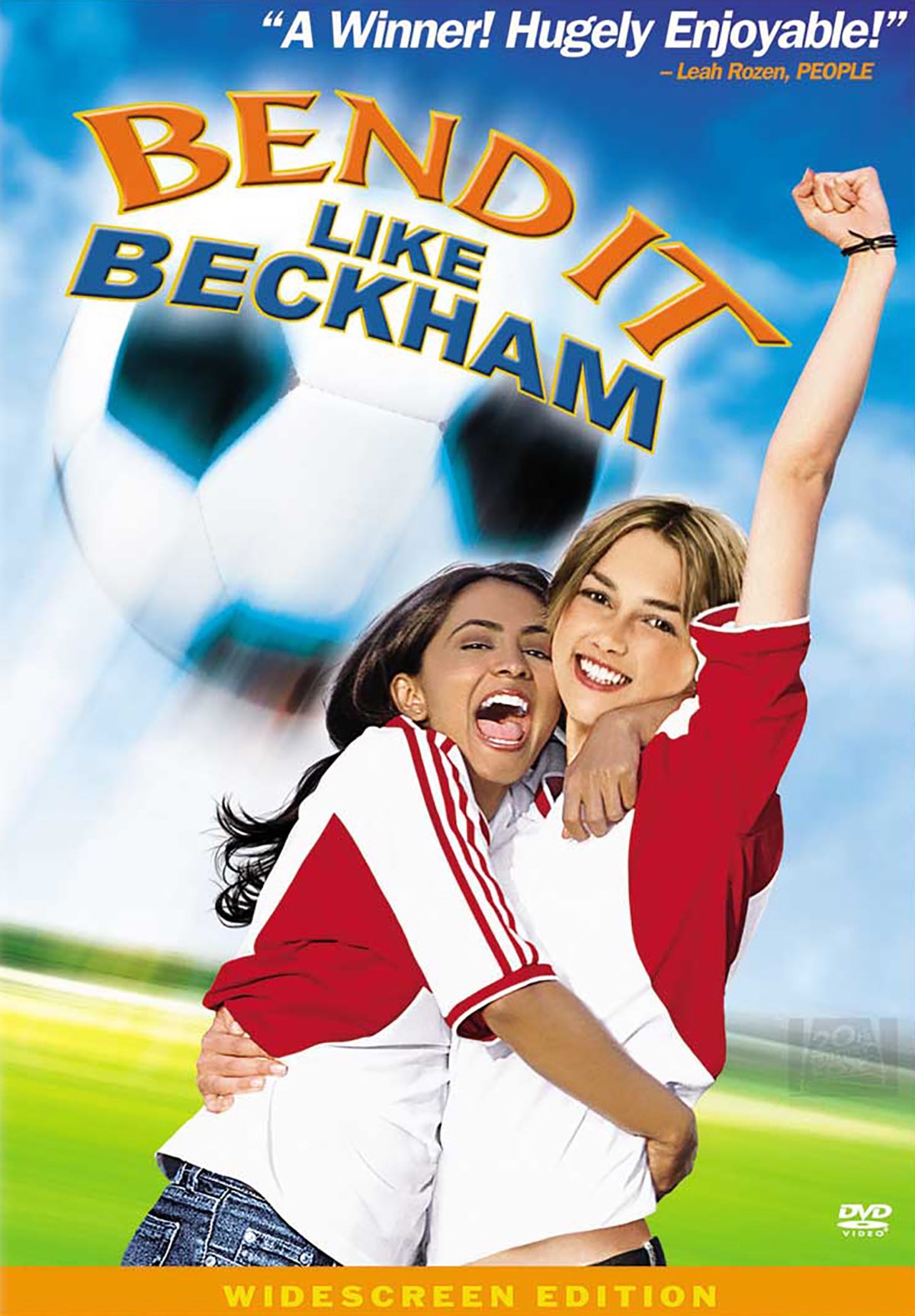 If East is East (or Monsoon Wedding) had involved lots of European football action, it would have looked something like Gurinder Chadha’s Bend It Like Beckham. Jess (Parminder K. Nagra) is the youngest daughter in a traditional Indian family living in England, and her parents want her to stop concentrating on un-ladylike sports and start behaving like her soon-to-be-married sister. But since she’s got football fever (her idol is Manchester United superstar David Beckham), Jess winds up clandestinely playing for a women’s team organized by Jules (Keira Knightley)—whose mother similarly opposes her daughter’s football obsession—and coached by hunky Joe (Jonathan Rhys-Meyers). As predictable and cozily entertaining as it is falsely uplifting, this UK import adheres to typical culture-clash comedy guidelines (with parents as stuffy and close-minded as the younger set is blissfully carefree and tolerant), and follows in the footsteps of recent US comedies of its ilk (Legally Blonde being the most recent) by including a typically mixed message about femininity. Beckham, as famous for his eccentric masculinity as for his exploits on the pitch, is a fine role model for girls interested in dispelling traditional stereotypes about what they should and shouldn’t be, and Rhys-Meyers is suitably Beckham-ish as an androgynous object of female affection. Yet while Chadha presents Jess and Jules as brave and independent 21st-century women, the director then mistakenly gussies things up with a steady stream of shallow (and, for most girls, unattainable) sexualized images. Jess’s mother may be aghast at her daughter playing football in short shorts that reveal a childhood leg burn, but the film—as evidenced by razor-thin Jules’s constant penchant for walking around in sports bras, not to mention her mother’s (and UK pop star Shaznay Lewis’s character’s) always prominent cleavage—makes the mistake of accidentally arguing against modesty and for unrealistic feminine ideals. When Jess enters the all-girls locker room, she’s more than a tad uncomfortable with all the free-flowing flesh on display. Bend It Like Beckham, however, distressingly finds close-ups of the players’ legs, chests, and behinds indispensable to the story’s empowerment rallying cry.

Despite the film’s hokey storyline, there are plenty of saturated colors on display here to keep sugar freaks entertained. Though the transfer is pretty to look at, edge enhancement is common throughout. Because the colors in the film have been deliberately over-saturated, whites and skin tones risk getting overblown (and they do) on this DVD edition. You’ll find no problems, though, with the Dolby Digital surround. Every line of the film’s shrill dialogue is perfectly audible, and things truly begin to, umm, kick when the pop songs start playing.

For the culturally unwashed, director Gurinder Chadha and her co-writers Paul Mayeda Berges and Guljit Bindra don’t exactly provide much insight into the specifics of the various culture wars at the heart of Bend It Like Beckham. In fact, there’s really very little commentary here. Save for an anecdote or two dealing with Sporty Spice and David Beckham himself, there’s lots of dead air on this track. The good news is that I now know what Chadha and Bindra’s mothers look like! Rounding out the disc’s supplemental materials are 10 shrill deleted scenes, a music video (followed by a bizarre behind-the-scenes promo/outtake featuring David Beckham), two international trailers, a music promo spot, a recipe for Aloo Gobi (goodie!), a trailer for Antwone Fisher and, just in case you didn’t catch that Aloo Gobi recipe, a “Who Wants to Cook Aloo Gobi?” featurette hosted by Chadha and her aunties.

Review: Peter Jackson’s The Lord of the Rings: The Two Towers on New Line DVD