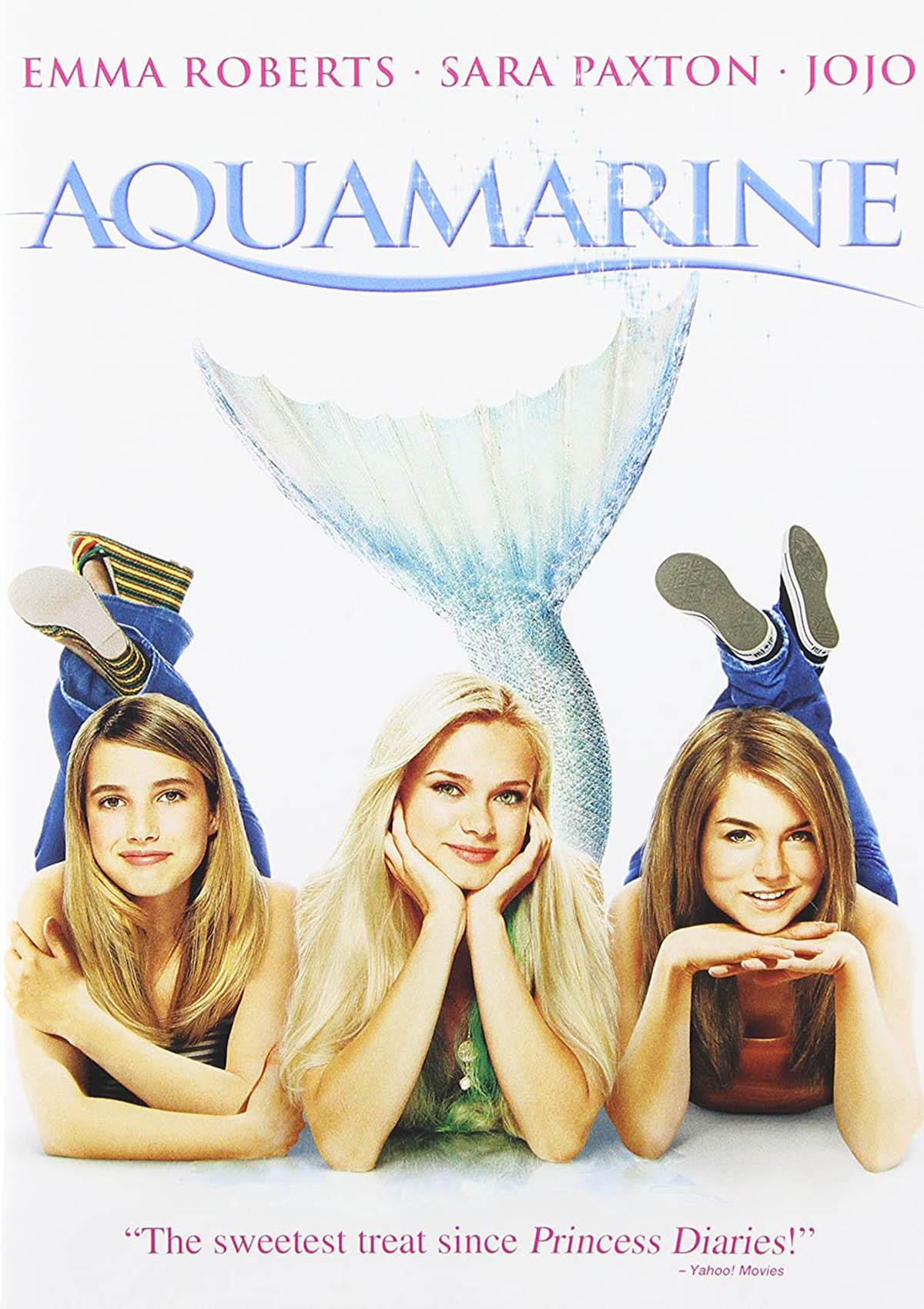 Elizabeth Allen’s adaptation of Alice Hoffman’s Aquamarine is what you get when The Babysitter’s Club meets The Little Mermaid. Best gal pals Claire (Emma Roberts) and Hailey (JoJo) are on the brink of being separated by Hailey’s Australia-bound marine biologist mother, but when the titular mermaid (Sara Paxton, a Mena Suvari-ish ditz with boob-coveringly long hair) washes ashore and speaks of finding love and her ability to grant wishes, the girls see a way out of a seemingly no-win situation: get the Capri Club’s lifeguard, Raymond (Jake McDorman), to fall in love with Aquamarine and Hailey gets to stay in Florida. There’s no reason the film should work given how openly it traffics in the clichés of those tweener rom-coms any adult except for Merv the Perv has come to loathe ever since Hilary Duff decided to slip out of her Disney Channel slippers, but Allen and screenwriters Jessica Bendinger and John Quaintance take pains to differentiate their film from junk like Sleepover by treating the tween experience with cartoon affection. Because it doesn’t take itself too seriously, Aquamarine actually demands your attention.

There so much color in any given frame of this film that it’s a small miracle your DVD player doesn’t explode while playing the disc. The presentation is near flawless-a sparkling confection, sumptuously saturated and sleek. (Only the carnival scene during which the three leads go hunting for boys is flawed: behind Aquamarine’s head in one shot are blotches of digital artifacts.) The soundtrack isn’t nearly as rich though the original sound design may be to blame; dialogue is clear and the surround work during most of the beach sequences is good but there’s a studio-y quality to the presentation-as if the actresses weren’t really on a beach when they spoke their lines.

The commentary by director Elizabeth Allen and producer Susan Cartsonis is definitely not intended for adults. They’re fun gals, but they spell everything out (“ADR means additional dialogue recording”) conservatively and somewhat creepily, bringing to mind those radio commentators Ana Gasteyer and Molly Shannon used to play on SNL. That’s followed by a scene-specific commentary by Emma Roberts and Sara Paxton, pitched at a shrill super-bubbly level. Rounding out the disc are six deleted scenes, an audition reel, and six twee featurettes covering topics such as the mermaid design and the building of the beach club.

From Aquamarine to Hoot to Stick It, 2006 is turning out to be a banner year for the tweener-geared film.