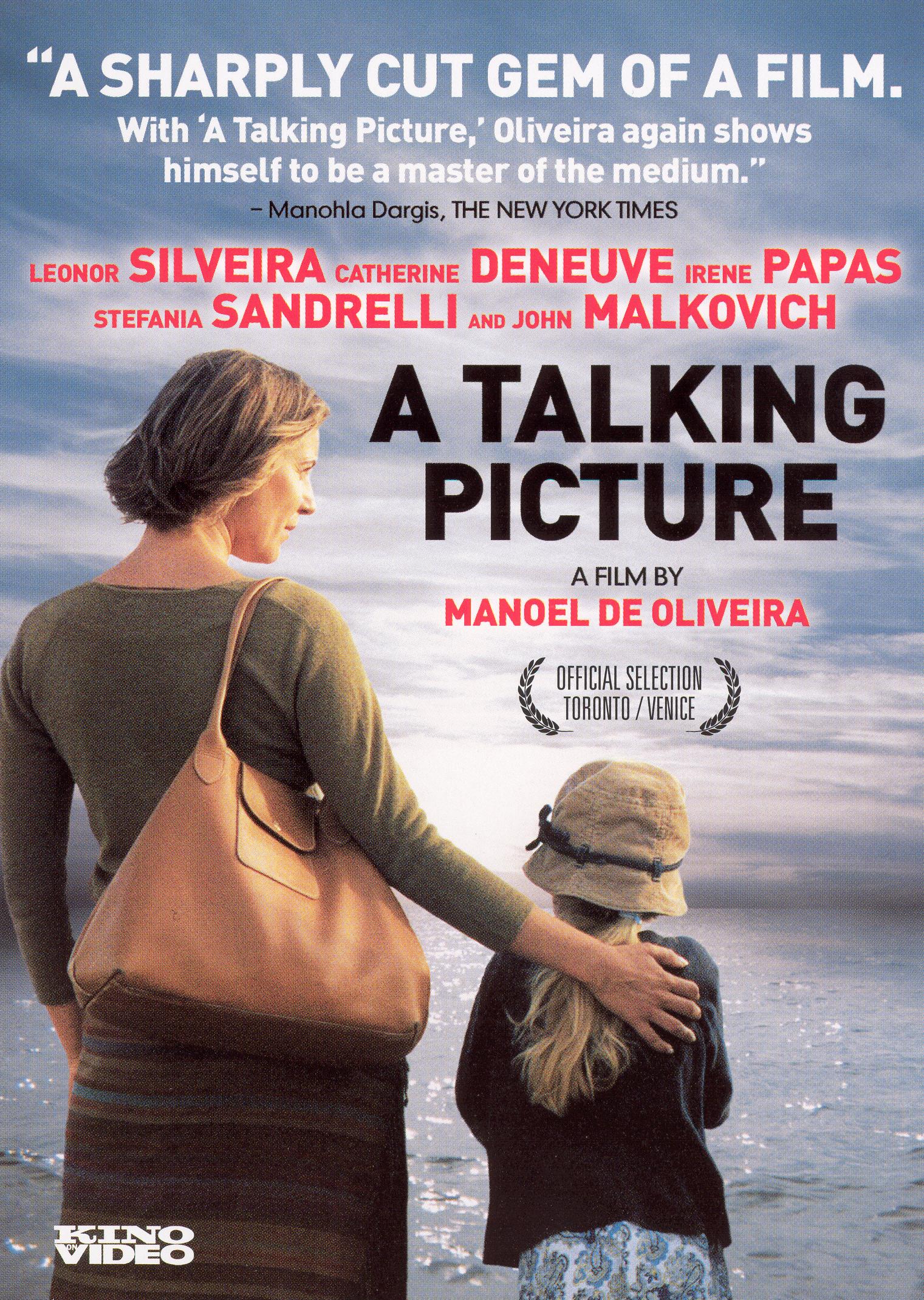 In Manoel de Oliveira’s taxing but often exhilarating A Talking Picture, a mother sets sail for Bombay in order to reunite her daughter with her aviator father. Rosa Maria (Leonor Silveira), a professor and midwife to history, uses their cruise through the Western world as an opportunity to connect Maria Joana (Filipa de Almedia) with the past.

Beginning with the stunning opening shot of people waving happily to those aboard the ship, de Oliveira announces the film as a journey into aesthetic and philosophical unknowns. Via his static compositions, the nonagenarian director repeatedly evokes paintings coming to life and engaging their audience in a dialectical debate. But Rosa Maria’s lecture on ancient history isn’t strictly an intellectual one: From Moses’s mother to Athena, the focus is for the most part on famous women throughout time, a feminist bent that is meant to empower the child.

Despite its non-stop words, the elegiac A Talking Picture strongly suggests a director coming to grips with his place in the world and the philosophical and creative contributions he’s leaving behind. Midway through, though, de Oliviera shifts his focus away from Rosa Maria and her daughter and onto the ship’s captain (John Malkovich) and three international divas he dines with (Catherine Deneuve, Stefania Sandrelli, and Irene Papas). It’s at this point that the film’s pleasures become strictly theoretical. Engaging in a we-are-the-world conversation about the current political climate, the four superstar actors (all of whom seem to be playing variations of themselves—or characters they’ve played in previous de Oliviera films) speak to each other in different tongues but understand each other perfectly.

Steeped in post-9/11 allegory, the film immediately comes to a screeching halt; in turn, its previous emotional high diminishes. Of course, de Oliveira may want to deliberately bum out his audience—if so, the film’s expressive comedown makes a last-minute terror alert all the more shocking. In blowing a hole through the film’s intellectual matrix, the director shatters all sorts of ideals and leaves characters frozen in time. So sure of themselves and what they’re saying, it’s as if the reality of the world has finally come into focus.

Manoel de Oliveira’s work is notoriously drab, but this transfer doesn’t actually make A Talking Picture look drabber than it is, something Image Entertainment did to the director’s I’m Going Home. Shadow delineation is sketchy and colors appear a little over-saturated at times, but skin tones are good and edge enhancement is never a problem. The stereo mix is good, showing its true power during the film’s coda and the many shots of the ship sailing through the water.

An essay by Richard Pena, program director for the Film Society of Lincoln Center, the film’s theatrical trailer, a stills gallery, a director filmography, and a preview for Untold Story.

A fascinating film but Manoel de Oliveira fans may be the only ones up to its challenge.