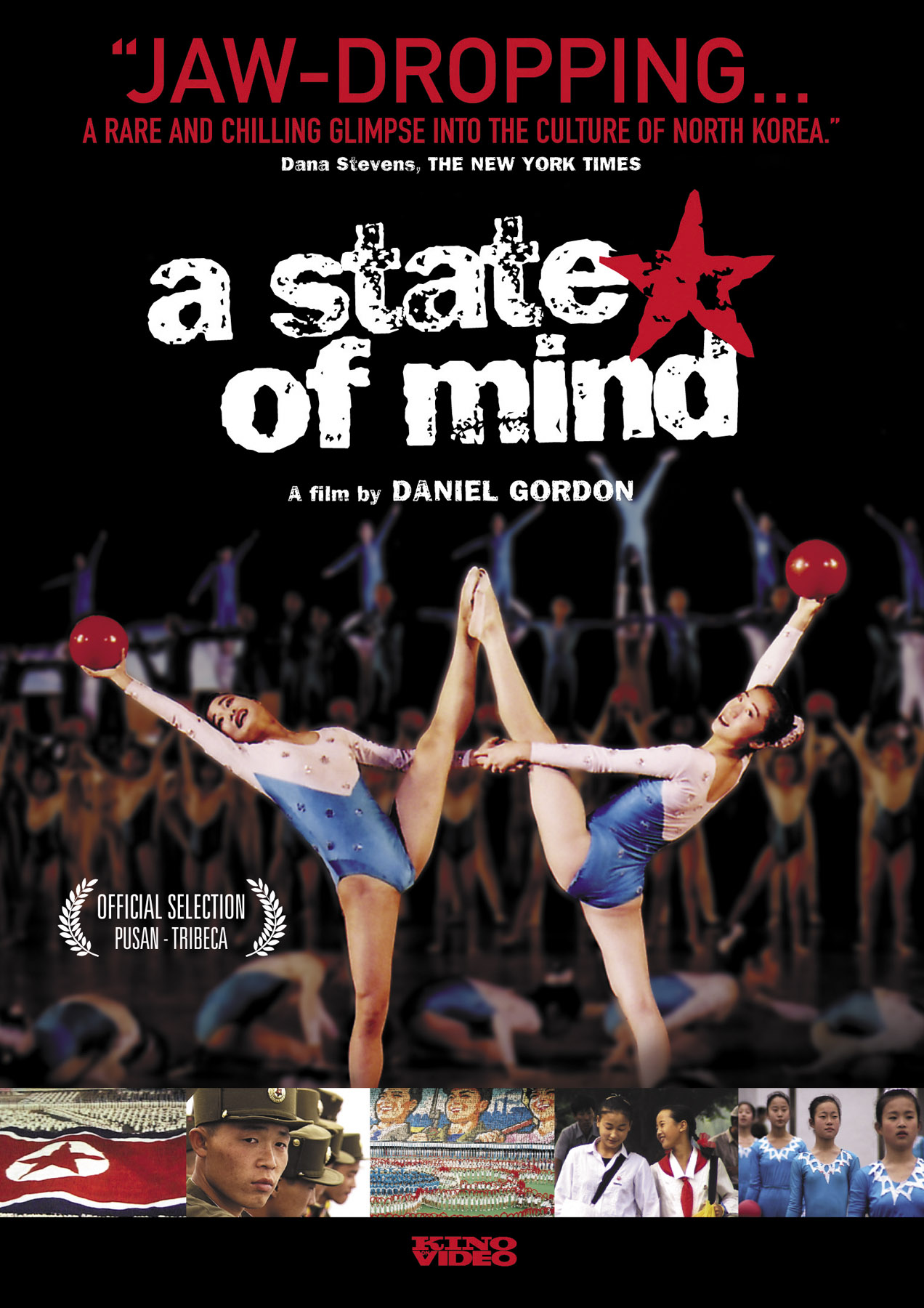 At the Tribeca Film Festival, director Daniel Gordon griped that A State of Mind had a difficult time enticing U.S. distributors because its vision of life in North Korea didn’t conform to the sinister expectations of those who saw the documentary. So much for reality checks, but what film did these distributors see anyway? Gordon is certainly proud to have received access to shoot within the most closed country in the world, and though it’s safe to assume that such privilege came with certain public relations restrictions, State of Mind is not without its underhanded double-crossings: The country is divided into three classes (workers, peasants, and intellectuals), each represented by a corresponding symbol (hammer, sickle, and calligraphy brush), and though everyone is equal, it becomes vital when Gordon observes that his North Korean benefactors wished to replace his initial subject, a young girl preparing for the Pyongyang Games in honor of Kim Jong-il (think of Hilary Duff happily prepping for the Kennedy Center Honors), with one from a higher economic bracket. (Gordon agreed to document the second girl, but only if he could still film the first.)

State of Mind is an eye-opener: In documenting the daily grind of 13-year-old Pak Hyon Sun and 11-year-old Kim Song Yun as they prepare for the yearly Games, Gordon reveals what it’s like to live in North Korea today. It’s a serene place, far from anything resembling a Team America marionette tableaux or something that’s been forced to don one of George W. Bush’s Axis of Evil imprimaturs, but it still conveys the ghostly feeling of a country set adrift from the rest of the world. Everything transmitted into and out of North Korea is monitored by the Orwellian state and you get a sense that the fanatic anti-Americanism on display (one of the girl’s genteel moms even blames a routine power outage on the Americans) is not just 50-year residual damage from the Korean War but something that’s being systematically spoon-fed to people on a daily basis and by means that aren’t fully known to Gordon. The clincher is an irony that doesn’t escape Gordon: After prepping all year to serve their Dear Leader at the Pyongyang Games, Kim simply fails to show up, and in so doing disappoints his people in the same way Bush II has countlessly failed us. The exception here being that no one in North Korea will ever tell you they’re unhappy with their fascist.

For a film that’s been transported from an unknown part of the world, the image and sound on this disc becomes impossible to fault. A solid presentation all around.

An excellent 20-minute interview with Daniel Gordon, in which the director focuses almost exclusively on the permission he was granted to shoot inside Kim Jong-il’s North Korea, a 7-minute CNN clip on the movie, and a stills gallery.

A State of Mind to Team America: World Police: You got served!