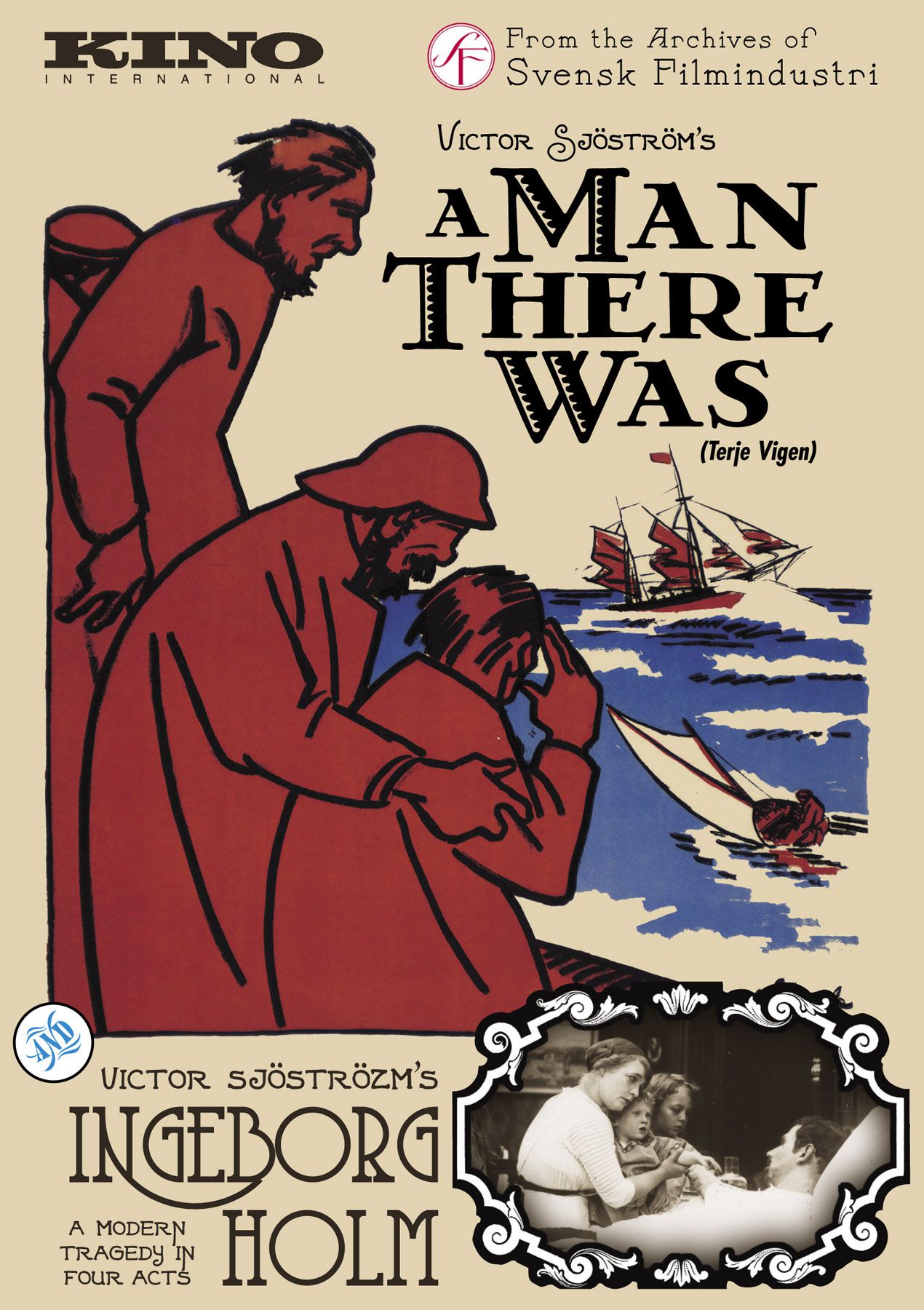 When Ingmar Bergman cast Victor Sjöström as Dr. Borg in Wild Strawberries, he was saluting not just the sage, cranky industry veteran who had become a father figure to the young upstart, but also the artist who virtually gave birth to Swedish cinema. Often dubbed “Sweden’s Griffith,” Sjöström was at least as important as his American counterpart in helping expand and refine cinematic idiom during the medium’s infancy. Whereas Griffith’s dynamism was infused with Victorian morality, Sjöström’s pictures unmistakably revealed the influence of Scandinavian pantheism, in which human beings had an alternately harmonious and fearful connection to the enormous natural world around them. Before Tarkovsky or Malick, Sjöström was the pioneering seeker of cinematic immanence.

A Man There Was, the 1917 film that proved to be Sjöström’s breakthrough hit, has a shot that embodies the director’s elemental preoccupations: A character, who had earlier called the sea his one true friend, is framed against the boiling waves and shakes his fist defiantly. The source material is Henrik Ibsen’s poem Terje Vigen, adapted for the screen by another Swedish pioneer, Gustaf Molander. The plot follows the trajectory, from jolly seafarer to gnarled hermit, of a 19th-century Norwegian sailor played by Sjöström himself (his Douglas Fairbanks-like robustness will come as a surprise to those who have only seen him as a tetchy fogy). Retired to an island after the death of his family, he stews in vengeful thoughts until finally coming face to face with his old nemesis in a stirring climax. The archaic English used in the title cards gives the picture a twee quality surely not intended in Ibsen’s original verses, though such visions as the solitary human figure silhouetted in a landscape of graveyard crosses assure us that, with Sjöström, there’s little danger of words trumping images.

Ingeborg Helm, made four years earlier, is a less mythical and more stolid affair. The crosscutting between the sailor’s rowboat and the sailors at a British frigate in A Man There Was is far removed from the static setups of this early social drama. While Sjöström’s filmic syntax is still limited here, it’s amazing how much delicacy is packed into each pastoral frame, with beautiful use of diagonals to bind background and foreground action. As befits a tale exalting maternal suffering, the titular heroine (Hilda Borgström) is put through a wringer of disease, bankruptcy, workhouse toiling and the loss of her children—enough torment for a couple of Lillian Gish retrospectives. If the film is ultimately unsatisfying, it is due not so much to the story or performances as to the claustrophobic sets. For a filmmaker as attuned to nature as Sjöström, being asked to shoot mostly indoors decidedly cramps his style.

A few blemishes and stutters are inevitable in such ancient works, yet the prints used by Kino remain almost consistently strong, with the stock tinting in A Man There Was especially sharp. Both films feature appropriately somber scores.

A solid pair of Nordic journeys from one of cinema’s earliest builders.