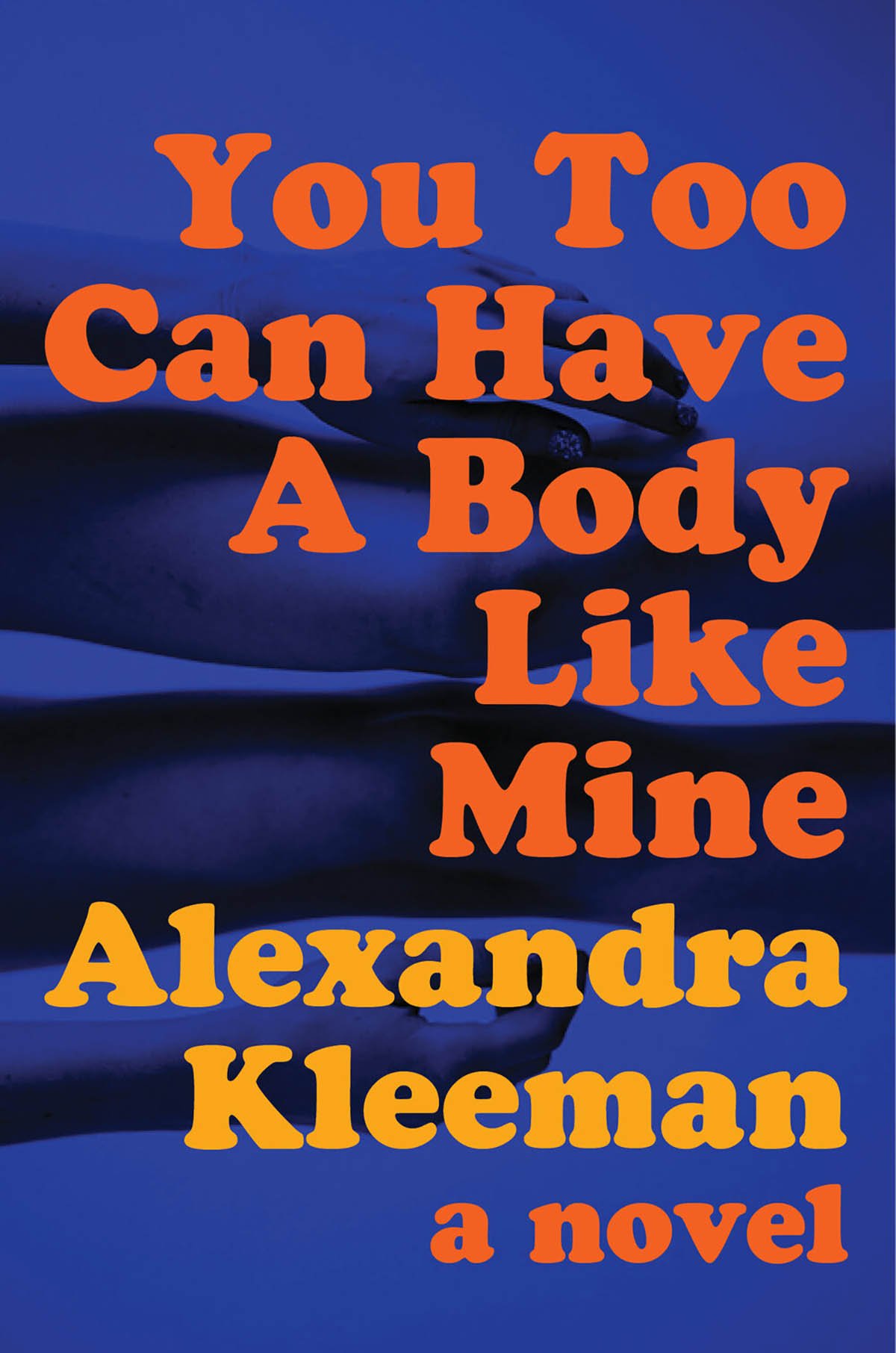 Alexandra Kleeman’s surreal and brilliant first novel, You Too Can Have a Body Like Mine, takes its title from a Charles Atlas ad-vertisement. In these ads, Atlas appears shirtless, clothed only in briefs, body toned and muscles rippled. Across the page, the words “[…] YOU can have a Body like Mine!” in bold lettering. This is one of the keys to understanding Kleeman’s story, one that, along with the image of a body, is concerned with themes of identity, sex, and consumerism—a sto-ry of womanhood in contemporary American society.

Kleeman’s main characters don’t have proper names. The story is told through the eyes of A, a mostly unhappy young woman working as a proofreader and living in an un-named city with her roommate, B, who wants to be A and increasingly comes to resemble her in physical appearance (they’re both thin and small, pale, with dark hair). “If you re-duced each of us to a list of adjectives, we’d come out nearly identical,” A says. A works to avoid B by spending time with her boyfriend, C, who can make everything “suddenly, instantaneously normal, just by explaining them” and enjoys Shark Week, reality TV, and porn.

Kleeman’s style is at once deadpan and absurdist. She has an astute eye for pop culture, and her postmodern send-up of consumerism will remind readers of Don Delillo’s White Noise. An ad for TruBeauty, an edible face cream, promises that “only one beauty cream attacks signs of aging and damage from the inside and out.” This commercial also features a dove that flies out of the product’s jar and into the mouth of a beautiful woman.

Mostly, A becomes obsessed with commercials featuring Kandy Kat and his pursuit of Kandy Kakes—a Hostess-like snack with “Choco shrapnel,” layers of chocolate and cara-mel, and a “top-secret ‘Kandy Kore.’” Kandy Kat reads like Wile E. Coyote chasing the Road Runner: a tragic figure in a hopeless pursuit that fails in ever-more tragic ways. No matter the effort, Kandy Kat will always be hungry.

In the novel’s closing third, A finds herself encamped within the Church of Conjoined Eaters—a cult, of sorts, which has infiltrated everything from dating shows on TV to beauty products (and the grocery chain Wally’s). The Church believes that “there is noth-ing more hazardous to yourself than being yourself…[Y]ou contain a perfect being of ra-diant Light within you, a ghost that you were meant to become.” The Church prescribes a diet, Kandy Kakes, mostly, that will allow members to eat “Bright.” Kandy Kakes are ad-vertised as “REAL STUFF. REAL GOOD.” And good food “breaks into shafts of differently colored light, bright like fireworks, and this light illuminates the body and nourishes the ghost within.”

It’s through consumerism, the church, and the idea of righteous eating that You Too Can Have a Body Like Mine gets to what it’s like to have a body. Specifically, a woman’s body. A body that’s always up for public concern, and public con-sumption: “A woman’s body never really belongs to herself. As an infant, my body was my mother’s, a detachable extension of her own, a digestive passage clamped and un-clamped from her body […] Then there was sex, and a succession of years in which I trawled my body along behind me like a drift net, hoping that I wouldn’t catch anything in it by accident, like a baby or disease. I had kept myself free of these things only through clumsy accident and luck. At rare and specific moments when my body was truly my own, I never knew with to do with it.”

Kleeman’s structure mirrors the body in the way it’s composed of discrete parts blur-ring together, forming a beautiful whole. She uses this from to address the constant scru-tiny applied to women’s bodies: They’re too thin, too large, too old, but, still, viewed as sex objects—and too often claimed and governed by others. Sex may be a part of You Too Can Have a Body Like Mine, but it isn’t the most important part. That would be the metaphor of hunger. Realizing your body is hungry and then searching for that unique thing that might provide nourishment.

Alexandra Kleeman’s You Too Can Have a Body Like Mine will be available on August 25 from Harper Collins; to purchase it, click here.

How Pain Shapes the Future: Gabriel Urza’s All That Followed