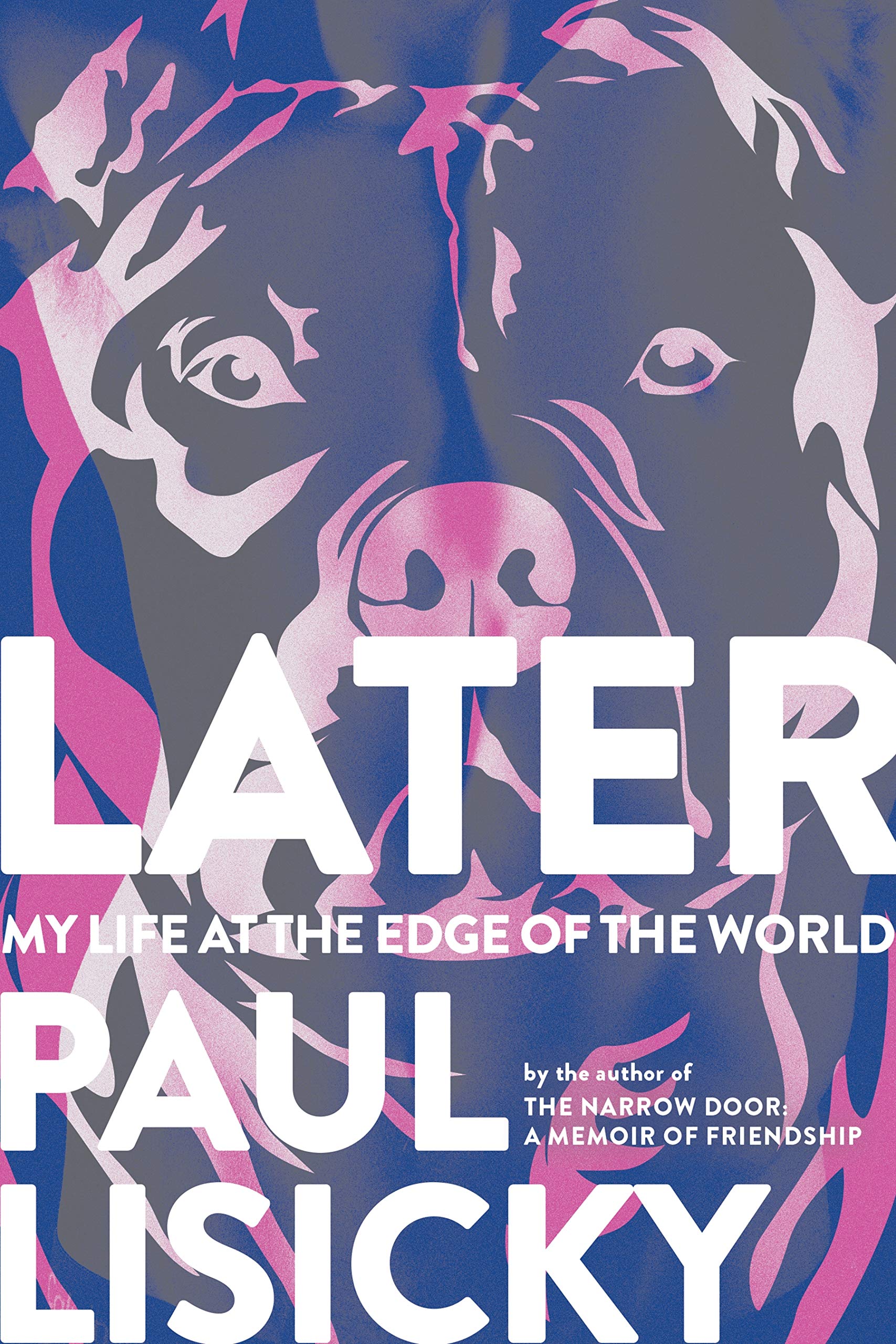 At the start of his memoir Later: My Life at the Edge of the World, Paul Lisicky is a literary fellowship recipient in his early 30s. He’s about to stumble into what will become his queer community in the middle of the AIDS crisis in early-1990s Provincetown, Massachusetts, where at that time “it was impossible to speak a sentence without folding death inside its structure.” What follows is a deeply meditative and deceptively meandering series of vignettes, asides, observations, and questions both rhetorical and otherwise that cohere to reveal a writer grappling with the costs of desire, how to build an identity more powerful than shame, and the ways that loss can become a place in which to live.

Provincetown as a haven for members of the queer community—particularly during the years when Lisicky first lived there, when people he saw at the bar one weekend might be gravely ill or even dead the next—is both the setting and the implicit subject of his memoir. Andrew Holleran’s essential works of fiction about another queer mecca, Fire Island, mostly written or at least set before the onset of AIDS, depict the destination as a hotbed of delirious excess, a place in which to lose rather than find yourself. Reading them while knowing what comes next has now turned them into ghost stories, their writer unknowingly depicting a world about to disappear. In Later, Lisicky gives individual faces to the victims we often speak about collectively, and what might seem at times on the verge of becoming a catalogue of relationships, some dizzyingly fleeting and others more enduring, becomes instead an intimate glimpse into daily life during an epidemic, a montage of faces lost or forever changed. “The dead hover over and about us—maybe they are watching us through holes we can’t see, maybe they’re inside the light bulb, warming its thin glass,” Lisicky writes. “Can you hear them humming in unison?”

In the early days of what would later become a long-term residency in Provincetown, Lisicky refers to his clothing style at the time as “the ubiquitous costuming of my twenties, the look of inclusion and aspiration, but also the look that once allowed me to disappear.” He literally sheds the evidence of his old self and instead dons a motorcycle jacket and Doc Martens, beating the leather against stone to break it in. “I beat them to suggest that anger belongs in the spirit of my clothes,” he writes. “It’s not the year for perfection and the ideal fit. At this point in time we are only damaged, scraped, burned, and used.”

When Lisicky comes home for a visit after his first months away, his mother—who in the opening pages of Later sends him off to a world she’ll never understand, he fully believing she expects him to die of AIDS—reacts with palpable shock, and even fear, to his new look. He imagines her picturing him having rough sex somewhere in the dark, an anonymous man “fuck[ing] HIV into me.” And in this way, he’s marked the before and after in his own life, becoming someone his mother can only partially recognize.

Weaving their way carefully through Later are glimpses into Lisicky’s upbringing in a house of violence and rage, and reflections about his parents serve as bookends to the story of his life in Provincetown. A self-examination on the subject of queer rage—about internalized homophobia, about shame—sends him “back again in the house of my childhood, listening to my raging father, and I see how weak it makes him, hear how it turns him into an idiot, no captain of himself, and then he’s using it against my brothers and me.”

While he has certainly come to Provincetown for some kind of escape, Lisicky’s past is still never far from his present. When he returns home for the holidays, leaving behind a new boyfriend who he realizes he’s implicitly instructed not to call him there, he recognizes just how tenuous and fragile his new identity is. He feels flung back into his former self, 17 years old again, the world around him uncertain and unstable. “It’s awful to be reminded that what we’ve made of ourselves is so flimsy,” he writes. “Can be lost in all of two minutes.”

Later: My Life at the Edge of the World, whose title refers both to the geographical remoteness of Provincetown and the bleakness of the prospect of living a life with no future, settles into a distinct rhythm as time passes and Lisicky’s relationship with his chosen town deepens. A steady stream of people enter into his life just as others leave suddenly, tragically. “A friend asks me how the prospect of illness changes people’s experience of identity and time,” he writes. “What does it do to them? I am too close to the question to answer it.”

But now, from the distance of years, Lisicky’s memoir itself seems to be offering up a response in the form of its patterns, its recursions, its steady stream of questions—some of which can never be answered. When his father dies decades after his first years in Provincetown, he finds himself immediately traveling back out “to the place I associate with death,” and at first he reflects upon his father’s stubborn will to live, even at the age of 91 and despite evidence of his failing body. But then he realizes that, to him:

“…every death will always be an AIDS death; everyone will always die before their time, whether they’re twenty-one or ninety-one. Nobody will ever get enough affection; everyone will be abandoned emotionally by the people they’d counted on, who get hardened by procedures, the insurance industry, the medical establishment, the funeral industry at the end. And for all that’s against their terrible journey, the dead burn brighter to me than they do when they’re alive.”

Later’s final chapter, in a sudden jump forward in time to what basically amounts to the present, centers around how PrEP—a highly effective drug in the prevention of HIV—has changed the queer community forever, and not just in terms of our sexual practices. For Lisicky, when he first goes to Provincetown, “the air we breathe is drenched in its possibility,” and he finds himself marveling at the spectacle of a generation of queer men having more or less fully shed the constant fears that so many of us have always associated with sex.

While observing this scene, Lisicky is confounded by the nonchalance of it all, the way this young man doesn’t think twice about bending to the will of desires he’d perhaps never learned to fear. About PrEP, Lisicky writes that “[w]hen people in their twenties swallow this pill, they take a different story into their body.” But Later is the story of other bodies at other times when the possibility of the future was still only just that, a testament to the audacity of being ourselves and risking the danger and violence and murderous institutional discrimination that once necessarily accompanied our happiness, in spite of the odds stacked against us and the uncertainty that defined our very existence. And for that, it’s already timeless.

Later: My Life at the Edge of the World is now available from Graywolf Press.

Richard Scott Larson has recently earned fellowships from MacDowell and the New York Foundation for the Arts. His work has appeared in the Los Angeles Review of Books, Harvard Review, Electric Literature, and elsewhere. He’s a member of the National Book Critics Circle.

Interview: Don Winslow on Broken and the Jazz of His Crime Fiction