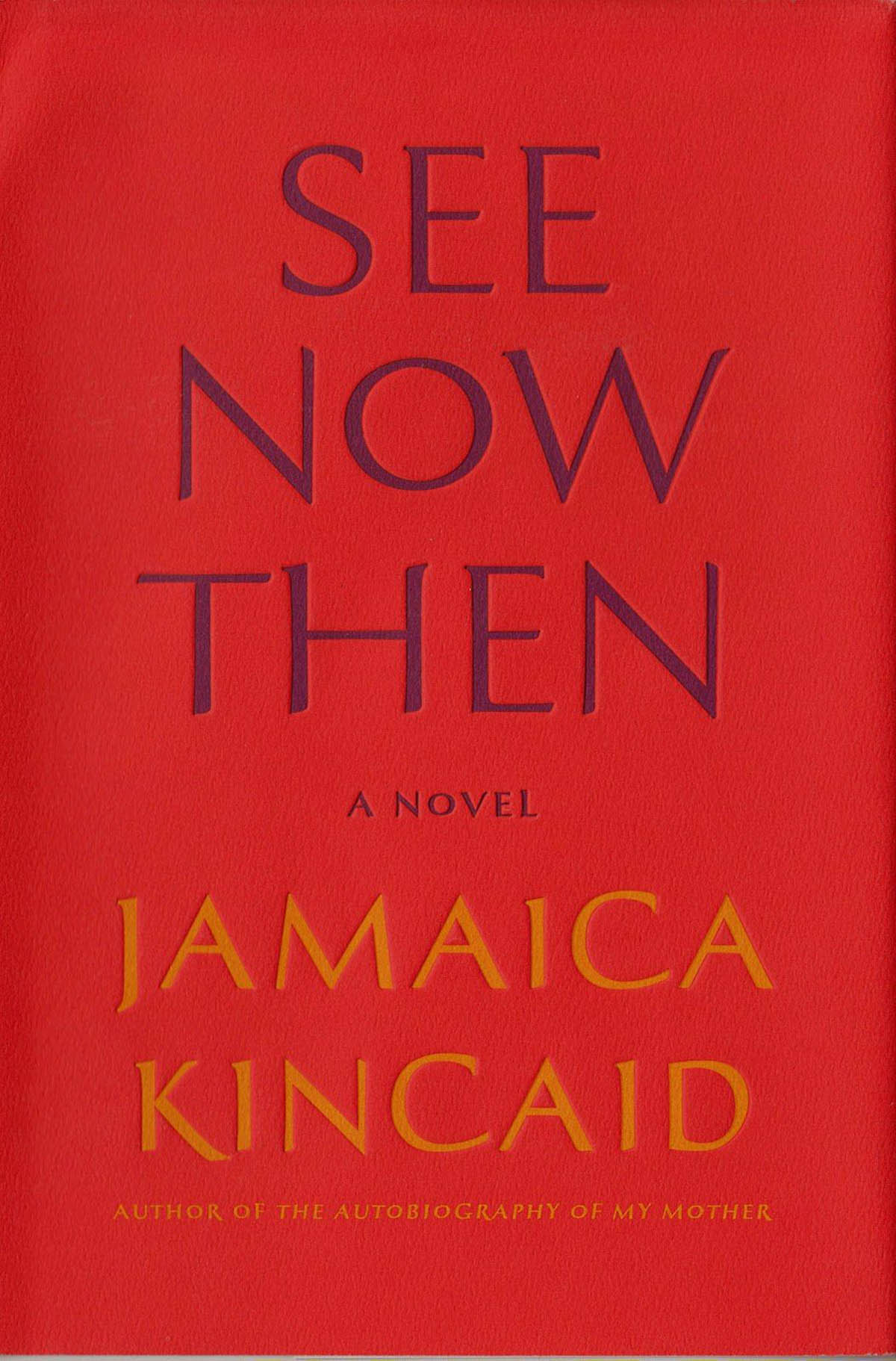 This is what Virginia Woolf says at the end of the third section of her essay “A Room of One’s Own”: “The reason perhaps why we know so little of Shakespeare—compared with Donne or Ben Jonson or Milton—is that his grudges and spites and antipathies are hidden from us. We are not held up by some ‘revelation’ which reminds us of the writer. All desire to protest, to preach, to proclaim an injury, to pay off a score, to make the world the witness of some hardship or grievance was fired out of him and consumed.”

In a lot of ways, Jamaica Kincaid’s See Now Then tries to be like a Woolf novel, particularly To the Lighthouse. It’s about the dissolution of a family, it jumps perspective sometimes from one character’s mind to another’s, and it zooms out of its narrative every now and then and waxes poetically about the age of the Earth and the transience and dust-like quality of all things under the sun.

But in many other and more pungently noticeable ways, See Now Then contains a lot of those fecal-smelling “grudges and spites and antipathies” mentioned above by Woolf that writers are supposed to wipe from the page and toss into the garbage if they want their book to be memorable and interesting and maybe even transcendental instead of just forgettable and tedious and vague.

See Now Then is specifically about the breakup of the marriage of two middle-aged and prosperous intellectuals living in Vermont with their two kids in a house that Shirley Jackson used to call home. They are thinly veiled versions of Kincaid and her real-life ex-husband, Allen Shawn, who’s the son of former New Yorker editor William Shawn and the brother of the bald-headed, reedy-voiced actor Wallace Shawn. The Kincaid character, Mrs. Sweet, is a writer who’s really into gardening and cooking elaborate French cuisine and who really loves her son (judging by the many, many pages in which he appears as a fondly described and active character) and who seems sort of indifferent to her daughter (judging by the almost negligible number of pages within which she’s only mentioned in passing). The Shawn character, Mr. Sweet, is a composer who despises Mrs. Sweet and has fallen in love with a young and pretty musician and who, in opposition to his wife, dislikes the son and really adores the daughter.

The first three-quarters of the novel feels like the equivalent of sitting down to eat lunch with a person who’s going through a divorce and who just keeps talking bitterly and ruefully about everything over and over and over again, and who can’t stop explaining how much her rat-like husband is a dissatisfied piece of shit who hates her and is unfair to her and wishes she was dead and is mean to her son and who’s also whisked away her daughter and has her “carefully hidden in his pocket”—and so forth and so on. As such, See Now Then feels petty and repetitive and plotless, which may be justified given what’s gone on between the narrator and her husband, relationship-wise, but it makes for a tiring experience, novel reading-wise.

The book manages to almost get over itself by the last two chapters, as if it finally “fired out” (to quote Woolf) some of the hostility and aggression and was then able to report everything in a more cool and fair and insightful manner, such that by the closing chapter there’s a description of Mrs. Sweet’s morning routine with her kids that thoroughly and effectively arouses even this cynical reader’s sympathy. The passage goes:

Her own life right then, right now, so sweet to her, each moment of her everyday existence so full of satisfaction: her two children who were to be woken up from sleep early in the morning to be dressed in clothes she had warmed up in the dryer, for they hated to put on cold clothes, and fed a breakfast of waffles, the batter made the night before and placed in the refrigerator, and on top of the waffles she poured maple syrup…and before pouring it on the waffles she warmed it up in the microwave oven; she made a fire in the fireplace and they sat before it, a screen placed between them and the flames themselves to protect the children from the hot flying embers; she bundled them into the car, a gray car of one make or another, not too expensive, a product of some country, not this one, drove them to the bus stop where they boarded the yellow school bus, entrusting them to a bus driver who might be in a bad moor or not, it all depended on the behavior of the other children who had boarded on the many stops before.

My only prior experience with Kincaid is her essay “A Small Place,” about the island of Antigua where she was born and grew up and which contains a number of literarily ass-kicking sentences such as: “You make a leap from being that nice blob just sitting like a boob in your amniotic sac of the modern experience to being a person visiting heaps of death and ruin and feeling alive and inspired at the sight of it; to being a person lying on some faraway beach, your stilled body stinking and glistening in the sand.” Maybe Kincaid’s other and earlier novels, like Annie John, Lucy, and The Autobiography of My Mother, have that sort of calm brutality, but See Now Then feels too much like the kind of book written from within that “amniotic sac of the modern experience” and not from the frigid and shadowy and precariously intoxicating twilight zone outside of it that a writer has to enter and sit down in and remain in quietly for several continuous hours each day, every day, if he or she is going to even have a chance at producing a book that is, to quote Woolf one more time, “incandescent.”

Jamaica Kincaid’s See Now Then was released on February 5 by Farrar, Straus and Giroux. To purchase it, click here.

What’s Happened to Us?: Jeanine Basinger’s I Do and I Don’t: A History of Marriage in the Movies