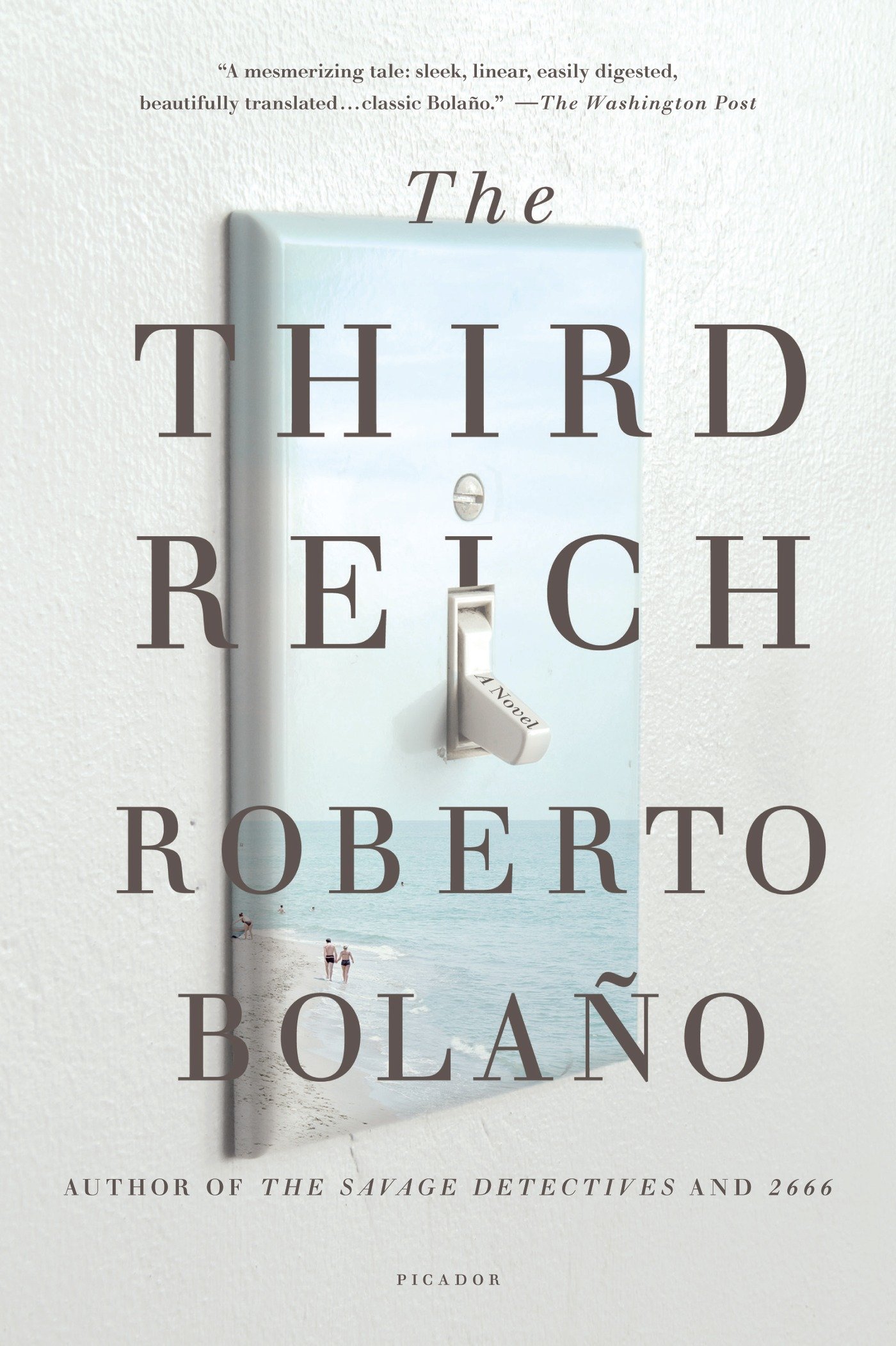 In Roberto Bolaño’s riotous compendium of fictional pan-American writers, Nazi Literature in the Americas, we read of an Argentinean author who “had been dandled by the Führer” and who “treasured the famous photo of her baby self in Hitler’s arms.” If her house was on fire and she could save only one possession it would be this picture, “even over her own unpublished manuscripts.” Earlier, in another fictional entry, we hear of another Argentinean writer who “financed the magazine The Fourth Reich in Argentina and, subsequently, the publishing house of the same name.” There’s yet another, a successful sci-fi writer, who’s creator of something called the Fourth Reich saga.

Such writing manages to incorporate several of Bolaño’s themes—violence, evil, Nazism, the value of literature—while showcasing his in-built trademark style and tone: blackly humorous, bitingly satirical, and so weirdly inventive that we don’t question any blurring between the real and the absurd. The Third Reich, his latest novel to be translated into English, doesn’t take us into a Fourth Reich, rather it deals with ways or “variants” to reimagine the Third. It was probably the first novel Bolaño wrote (it has been dated as late ‘80s), and consequently those themes and styles, though undeniably present, are only nascent, and would not be developed and perfected until the later exuberant masterpieces, The Savage Detectives and 2666. This debut is decidedly slight in comparison and yet there is still much to enjoy.

Udo Berger, the reigning German champion of a World War II board game, is on vacation with his girlfriend Ingeborg on the Costa Brava. The book is made up of his diary extracts covering his month’s stay at the end of the summer season. As a narrator he’s personable, assuring us he’s always been “a well-balanced person.” However, as the diary fills up we recognize that familiar Bolaño trope of dislocation and burgeoning madness. The seeds are sown when he and Ingeborg meet Charly and Hanna, another German couple, and the Wolf and the Lamb, a shady local pair who mooch around the resort latching onto, and perhaps preying on, various holidaymakers. The group enjoys the beach by day and parties at night, but it isn’t long before Udo starts to distance himself from them to spend more time in the hotel—both to lust after the owner’s wife, Frau Else, and to establish a crucial new variant of his strategy game, Third Reich.

Everything changes when Charly goes missing, presumed dead, while windsurfing. The group disintegrates, Ingeborg returns to Stuttgart, and Udo finds alternative company in El Quemado, the appallingly burnt owner of the seafront pedalos. Udo teaches him the rules of his game, first of all informing him that it’s more than that, it’s a sport. Third Reich consumes him throughout the novel. When Ingeborg asks him what appeals to him about it his answer is defensive: “The clarity of it.” At one point he views the board and counters as “a stage set where thousands of beginnings and endings eternally unfold,” as an ever-shifting “kaleidoscopic theater” in which players seek to rewrite history through a series of tactical moves and attacks.

Bolaño’s game proves both deadly and addictive for his protagonist. Instead of being shocked by his perverse nature and immunity to violence, we are invited to ridicule him: Udo’s an unheroic nerd who shuns the sun and his friends to stay indoors besieging “the tortured Europe of the game board.” He’s afflicted by nightmares and suffers wakeful delusions that everyone is plotting against him. (Bolaño wrote this novel after coming off heroin and it’s tempting to believe he imposed his own cold-turkey angst and paranoia on Udo.) He speaks of fanzines called Tötenkopf and Forced Marches, and when asked what country he is when he plays he answers “Germany, of course.” This results in him having to deny he’s a Nazi, even as he boasts of each new assault and land-grab. Bolaño keeps his greatest trick till last by having Udo and El Quemado settle down for their last face-off over the board with Udo’s pride and sanity at stake in every obsessive maneuver and counter-maneuver. He notes his opponent smiling fiercely at him (a ferocity which reveals “glimpses of a precise and insane geometry”), realizes he’ll be beaten—or rather defeated—and that the price will be higher than he ever expected: “A chance to hang the Nazis!”

This is the culmination of a foreboding (“something intangible, strange, circling around me in a threatening way”) that has run through the novel since Charly’s disappearance. “Unhappiness and misfortune haunt this hotel” Udo is told, but still he masochistically prolongs his stay. Bolaño would continue to lace his narratives with menace, an impending doom which could only be rationalized, if at all, in the book’s closing pages. In The Third Reich he can’t quite tie up his frayed loose ends, but we can enjoy it as apprentice-work for the talent that would soon assert itself. Udo himself best evaluates the novel when describing the merits of his journal—his journal, which, of course, is in fact the novel: “Not bad, especially for a beginner.”

Roberto Bolaño’s The Third Reich is now available from Farrar, Straus and Giroux.

A War-Time Fever Dream: Ramona Ausubel’s No One Is Here Except All of Us