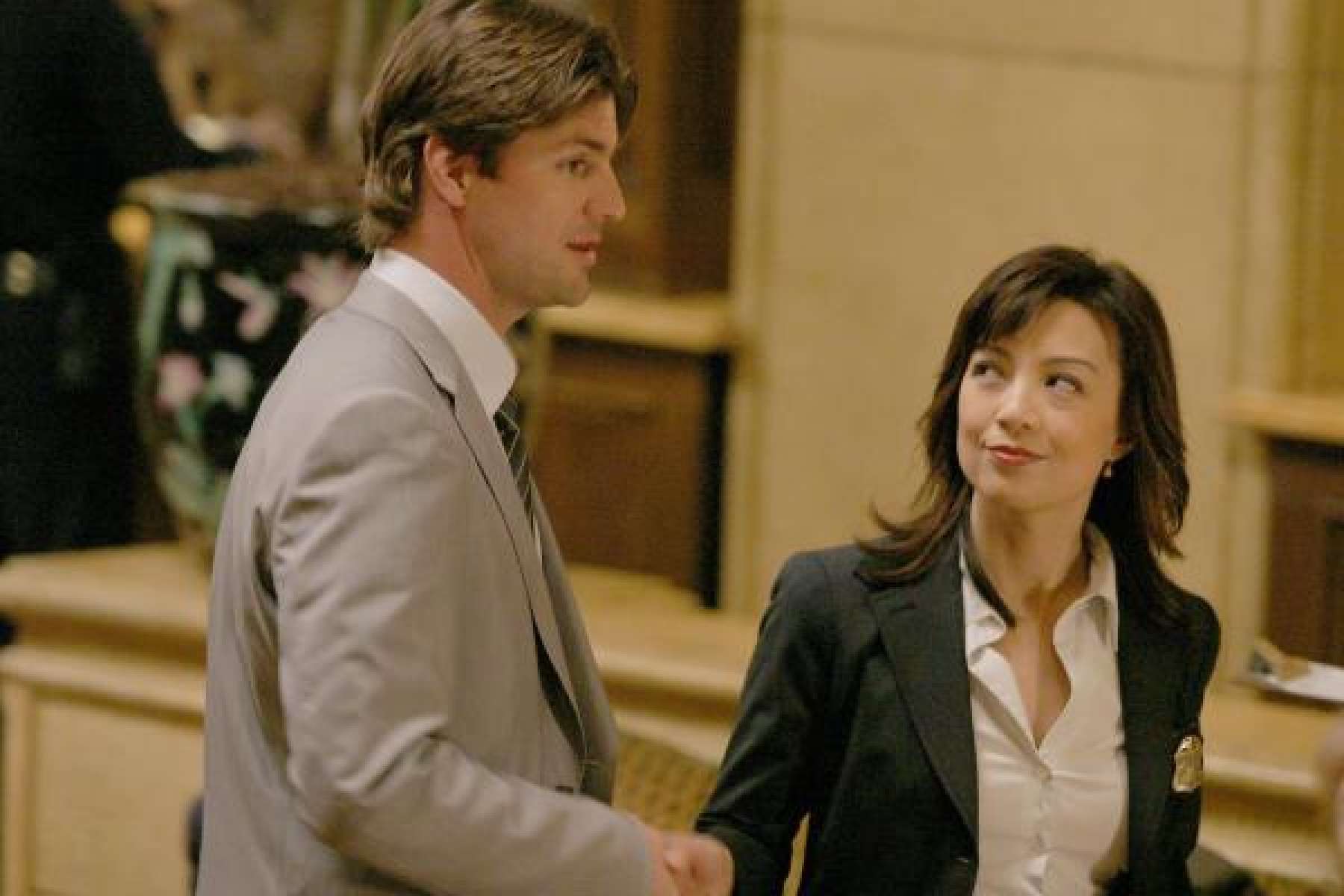 Vanished, debuting tonight at 9 p.m. on Fox, is, if nothing else, a seminar on just how much of a role good casting plays in the success or failure of a modern television show. In the pilot, a sub-par premise and a pedestrian script that just might have worked with the right actors (see Prison Break, returning tonight) fall apart and expose themselves as laughable thanks to a mostly charisma-free cast. Fox, of course, invented the modern “one story told over a season” serial with 24, and as Prison Break felt like that show’s less talented younger brother, Vanished feels like Prison Break’s less-talented, even younger brother.

The problem starts with the central premise. The show feels a lot like an episode of a procedural (a show like CSI or Without a Trace, where one story is told per episode and the characters rarely, if ever, change) stretched out over a whole season, with the pilot being roughly the first five minutes of that procedural episode (when the crime is committed, etc.). We get to see fingerprints lifted and watch rudimentary policework and the like. It’s all very CSI (in fact, creator Josh Berman wrote for CSI).The genius of the structure of a show like 24 or even Prison Break is that each hour has a single, definable goal—in this episode, Jack Bauer is going to catch this informant and pry this piece of information from him. While that structure can grow tiresome (pick the middle eight episodes from any season of 24), it is something that looks like TV, as opposed to Vanished, which is an action movie trying to look like TV.

Vanished just feels like a bunch of stuff happening in a vacuum. We don’t get a real sense of what is going on. We know the F.B.I. agents are working hard to find the missing senator’s wife (the series’s MacGuffin), but we don’t get a sense of how their progress might lead to any sort of resolution. The superior 24 keeps us abreast of the villains and Jack Bauer; when Jack gets the information from the informant, it spills right over into the next episode, setting up his next objective. Vanished is so dedicated to outguessing its audience that it eschews any sense of forward momentum. Crazy stuff happens for seemingly no reason. Granted, in a mystery, we can’t exactly know who the main culprit was straight off, but Vanished hints at a lot of stuff without offering up any payoffs. (It’s somewhat like Lost in that regard, though Lost’s flashback structure offers up a character payoff in every episode, however ridiculous.)

This is not to say that there’s not some interesting stuff here. Mimi Leder, a rare director who seems to do better in the very structured environment of television than she does in the world of film, employs her usual stylistic devices to exciting effect (the tight closeups are a bit overdone, but Leder, who was one of the first to really utilize them well in her work on ER, still knows how to wring them for pathos and urgency). Still, her inclination toward bombast damages a sequence where we learn that the main character is haunted by his past; it comes complete with overwrought series of shots involving a church choir full of children (no—really).

Despite the haphazard plotting, there are some interesting ideas here. For one thing, attaching a weird, pseudo-religious conspiracy angle might have worked in more capable hands (there’s an air of mysticism, recurring symbols and overlying “I don’t believe in God anymore” issues). For another, focusing on a member of the press in addition to an F.B.I. agent actually pays off; there’s always somewhere to cut to that actually advances the story (the story being the most important thing on a show like this, which tends to chew up four or five plots per episode).

But that’s small praise, and those elements are hampered by the clunky writing and the wooden acting. Gale Harold, most recently seen playing Wyatt Earp on Deadwood, just doesn’t have the charisma needed to carry this sort of a vehicle. We never buy into his private pain, and that strips the pilot of most of its gravitas. Ming Na fares marginally better, though that may be because she seems to be an afterthought in the pilot. Rebecca Gayheart, as the aforementioned journalist, is mostly ridiculous. The only actor to hold his head above water in this premise is John Allen Nelson, who cut his teeth as a villain on 24, as the senator whose wife disappears. His scenes mostly serve to tack on a silly political conspiracy element (could the disappearance of his wife have something to do with an upcoming Supreme Court justice nomination? Y’think?), but Nelson lends welcome weight to a pilot filled with such silliness.

In the end, Vanished is wearying. If you like this sort of show, you may find something intriguing in the pilot, but you’ll probably also be able to guess what’s coming in episode six, and for that matter, the fifth episode of Season Three. In its determination to be unpredictable, Vanished is frustratingly predictable.