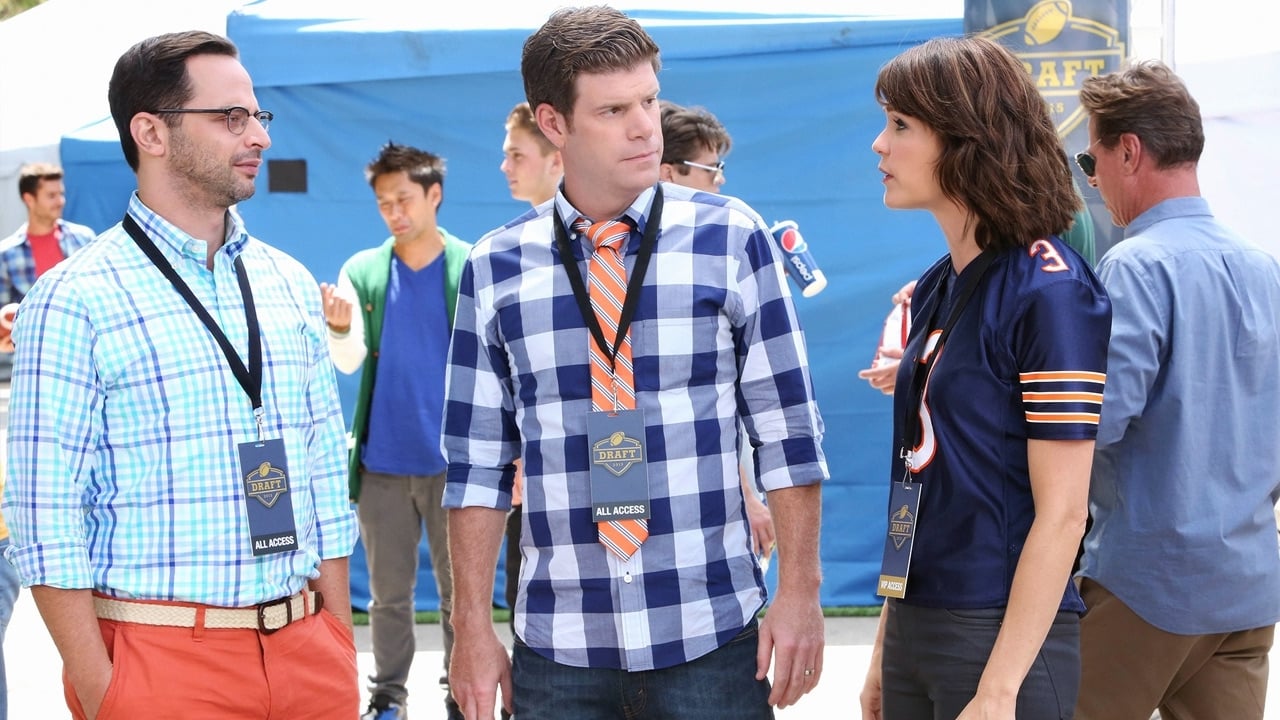 At first, it’s tempting to shrug off the near-suffocating amount of uninspired callbacks and recycled jokes packed tightly into The League’s seventh season as a simple bid at nostalgia. One could look at the sudden return of Taco (Jonathan Lajoie) in the Mr. McGibblets costume, or the reminders that Kevin’s (Stephen Rannazzisi) child is named Chalupa-Batman due to a bet, and warmly recall the vibrant, occasionally satirical humor that made this series so hilarious during its first three seasons. But the increasingly unfunny series has been rehashing its salad days desperately for at least two seasons now. The League’s creative team has allowed the self-involved, obnoxious sides of their characters’ personalities to grow tiresome, no longer commenting on the falseness of machismo with the wit and insight that initially made the series so appealing.

Indeed, in its seventh season, The League suggests little more than a variation of Seinfeld tailored specifically for jocks, as it similarly presents its often contemptible leads in both an empathetic light and as getting their comeuppance more times than not. That being said, even the later, lesser seasons of Seinfeld showed an unyielding impulse for comedic invention. When André (Paul Scheer) is revealed to be sleeping with a fellow league member’s ex, the entire situation feels identical to when he dated Janina Gavankar’s Shiva in season one, and most of the gags that arise are pitched toward the familiar prideful-fool shtick that Sheer perpetually leans on. The show’s writers clearly still get a kick out of André dressing like a jackass, but the tired, familiar visual barely passes for amusing at this point.

Similarly, Pete’s (Mark Duplass) sardonic nature becomes a lot less humorous when the one-liners grow less reflective or even snappy; his temperament begins to feel rigid, as if to allow for the same familiar jokes to be made. Some may say the characters’ calcified inability to change their ways is what’s always given the show’s humor its sting, but as The League begins to wind down, there’s no clear indication that the showrunners see the less charming elements of their at least partially reprehensible characters as often as they celebrate their minor, shallow victories.

Review: The Bastard Executioner: Season One

Hannibal Recap: Season 3, Episode 13, “The Wrath of the Lamb”