Created and written by Amanda Peet and produced by Game of Thrones EPs David Benioff and D.B Weiss, The Chair centers around Ji-Yoon (Sandra Oh), the first woman of color to become head of the English department at the fictional Pembroke University. With the responsibility of representing a more progressive future for the prestigious school looming large, she’s forced to balance the competing demands of an under-funded institution making budget cuts and a faculty of aging professors who suddenly find their livelihoods at risk. She also has to navigate her relationship with Bill (Jay Duplass), an acclaimed author and old flame who’s taken up a teaching position in her department.

Despite the array of hot-button issues that it touches upon, this Netflix dramedy tries to keep the tone low-key, with a polite atmosphere to match its rarefied setting. As refreshing as this approach can be, though, few of the characters exist independently of their political or narrative significance. Early on, Ji-Yoon affectionately (and accurately) refers to Bill as a “disaffected, middle-aged white male professor cliché,” but the show’s self-awareness isn’t really an effective replacement for originality or complexity. It also doesn’t help that The Chair is shot in what now seems to be the Netflix house style, with bland shallow-focus Steadicam shots and washed-out colors robbing the series of spontaneity.

Several years removed from a time when protests and debates over identity politics and censorship at universities were at their peak, the racism controversy that’s a key part of The Chair’s narrative falls oddly flat, feeling at once routine and predictable. After Bill briefly does a jokey Nazi salute during his introduction to his course on fascism, videos of the incident quickly go viral and bring the attention of the national news to Pembroke, eventually forcing his suspension following a botched apology. But the progression of this scandal winds up being just another inconvenience that Ji-Yoon has to deal with, rather than a serious exploration of the fundamental rift between generations and attitudes.

There is, perhaps, something admirable about the way that The Chair downplays this potentially thorny matter, with Bill and the outraged student body each allowed to make their cases, and as such neither side given preference. But refusing to take a concerted position on the scandal feels like a slight cop-out, and the series lacks the wit or nuance to justify its bet-hedging after incorporating such a sensitive topic into its narrative. For one, while we’re frequently told that the feelings of the students are as valid as those of Bill and the faculty, the expression of their perspectives is mostly limited to rote speechifying.

Frequent references are made to the groundbreaking scholarship of Yas (Nana Mensah), a young black professor, and her struggle to get tenure is one of the show’s key inter-generational conflicts. But from what we see on screen, her innovative ideas mostly seem to consist of asking students to tweet their favorite lines from Moby Dick and getting them to adapt passages from Herman Melville’s classic into lively musical numbers. As the students seem able to articulate the show’s liberal ideals more eloquently than faculty members, it seems strange that they’re also apparently unable to enjoy the classic novels they’re studying without putting on sub-Hamilton performances and posting.

When it’s not overly focused on its broader social context, The Chair does often work well as a gentle farce. At one point, Ji-Yoon’s search for a replacement for Bill forces her to reach out to David Duchovny (playing himself), who wonders aloud what filming commitments forced his fellow celebrity PhD candidate James Franco to turn down the position. The series might have made its points more effectively had it leaned into this comical aspect a little more.

In one late scene, Ji-Yoon sits in a therapist’s office relaying her various personal problems in detail, before a quick cut to a wide shot reveals that she’s actually at an appointment for her troublemaker daughter, who’s sitting on the carpet playing happily in her Day of the Dead costume. There are a few moments like this that serve to highlight the essential dissonance of Ji-Yoon’s everyday life, and prevent things from becoming too self-serious. But while it’s never less than a pleasant watch, The Chair struggles to resolve its own conflicting roles. 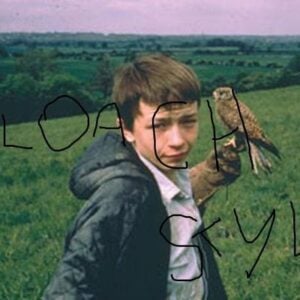 Review: B.J. Novak’s The Premise Trips Over Its Eagerness to Say Something Important