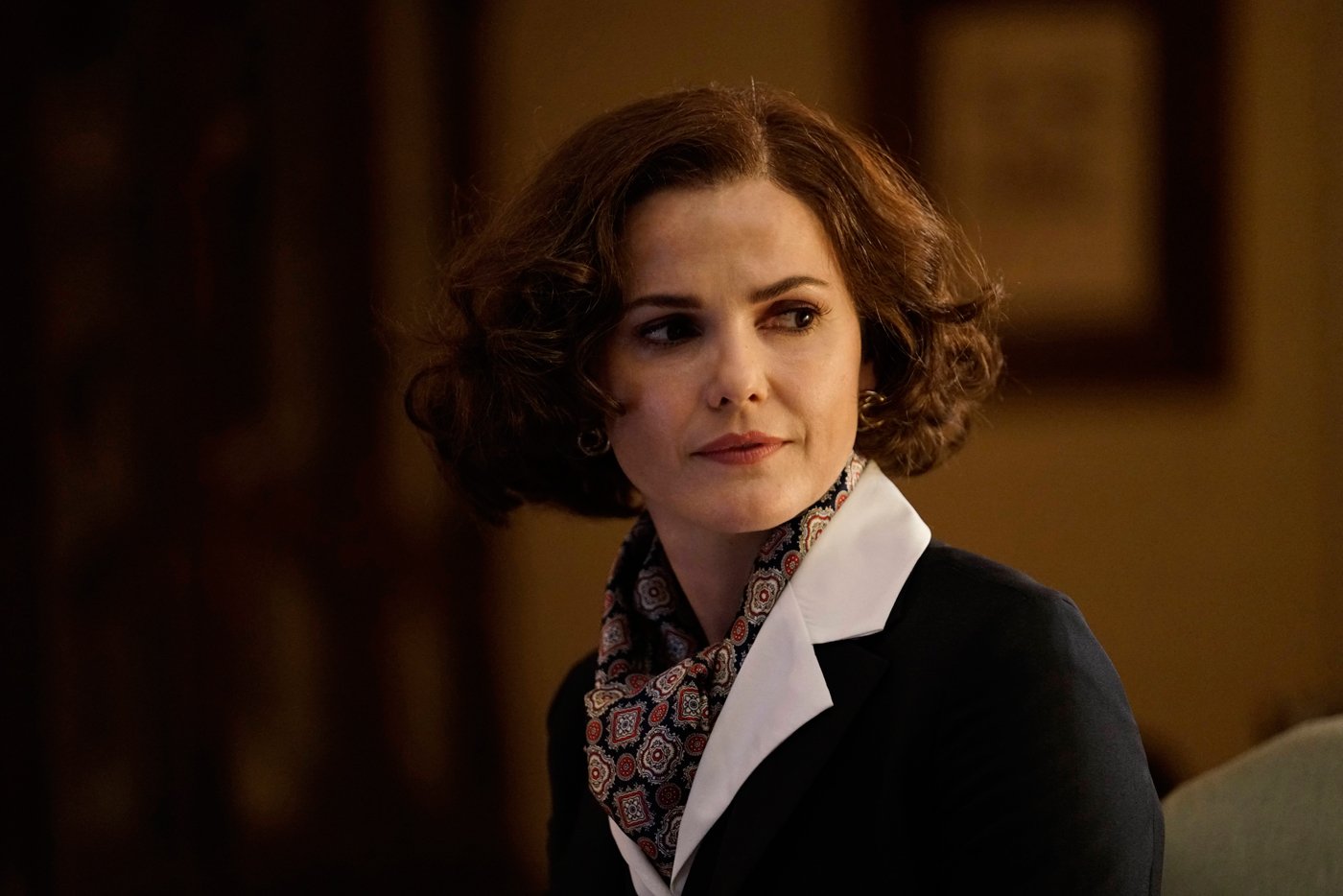 The season-five premiere of The Americans is an insant reminder that the series is an edifice brilliantly constructed of contrasts. “Amber Waves” begins with the setting up of the pieces of Phillip and Elizabeth Jennings’s (Matthew Rhys and Keri Russell) latest spy game, as a young cohort, Tuan (Ivan Mok), pretending to be their adopted son ingratiates himself with a Russian-born teen, Pasha Morozov (Zack Gafin), at school. Blaring on the soundtrack is Devo’s “That’s Good,” anthemically attesting to the ease with which Tuan exploits his own difference to bait Pasha: “Everybody wants a good thing/Everybody ain’t it true that/Everybody’s looking for the same thing.”

This opening plays out as a commercial for the chutzpah of Directorate S operatives like Phillip and Elizabeth, though it isn’t quite as explicitly propagandistic as the post-credits sequence that suggests something scissored—or is it hammer and sickled?—out of Aleksandr Dovzhenko’s The Earth. Images of bucolic splendor pound across the screen, and along with them a message of plenty. A Russian-language version of “America the Beautiful” plays on the soundtrack as the camera leaps into the sky away from American amber waves of grains and onto a scarcely fruited Russian plain—a Russian state-of-the-collective address that’s subversively pitched as pushback against America’s “war of ideas” during the Cold War.

Most shows’ season-premiere episodes are flagrant acts of inelegant bookkeeping—a means of, say, tying up the previous season’s loose ends and introducing new characters and plotlines. But The Americans isn’t like most shows, unafraid of throwing wrenches in seemingly well-laid plans and, here, folding the theme of food into the narrative in peculiar, ruminative ways—which is to say, without making it sound like a talking point. Pasha’s father, Alexei (Alexander Sokovikov), is a consultant for the Department of Agriculture, and as such Phillip and Elizabeth will work on him for information that may or may not have to do with why Oleg Burov (Costa Ronin), now living in Moscow, is being tasked with criminally investigating Russia’s food supply.

The entire episode abounds in bits of business, some funny and some haunting, revolving around food—its necessity and the value we put on it—that paints a picture of the intersecting histories of two nations. Paige (Holly Taylor) mentions at one point that Stan Beeman (Noah Emmerich) made her fettuccine alfredo and that he’s on the right track toward incorporating veggies into his diet. More fascinating is the conversation Phillip and Elizabeth have after dining with Pasha’s parents for how you can measure the exact degree of the couple’s devotion to their homeland based on their subtly differing and long-ago struggles in trying to eat. Meanwhile, in Moscow, Oleg is told by his new K.G.B. boss (Oleg Stefan) that he may be forced to have to investigate high-ranking individuals who ate at his parents’ dinner table.

Also pressing to this episode is the existential nature of how violence has become inextricably woven into the fabric of Phillip and Elizabeth’s lives. When Tuan describes Alexei as a “piece of shit” for hating his homeland and how someone should have put a bullet in his head, one is reminded of how Elizabeth and especially Phillip’s hardline views of what America represents have eroded over the years. Both appear almost fazed by the ardor of Tuan’s conviction, though Elizabeth is completely unwavering in her mission to safeguard, if not her homeland, at least Paige when she takes the girl into the garage of their home and instructs her that she has to be ready “to do anything to protect yourself.” The scene haunts as much for the residual trauma that Paige still experiences from having seen Elizabeth kill “that guy” in “A Roy Rogers in Franconia” as it does for the way the teen’s gumption continues to prove that she’s very much her mother’s daughter.

“Amber Waves” takes place against the backdrop of the 1984 Winter Olympic Games in Sarajevo, where the United States was out-medaled by East Germany and the Soviet Union, and by a wide margin. Paige at one point tellingly refuses to see the games with her parents, perhaps feeling that whatever nationalist pride informs their interest in the event doesn’t square with her own—and the moment registers as a reminder of how the teen continues to reconcile the truth of what her parents do with the life she thought she lived. Maybe, though, she just fears the pull of her parents’ cause, and to watch the games with her parents would mean seeing validation of said cause in the triumphs of every Soviet athlete.

The episode culminates with an exhilaratingly sustained and palpably unnerving sequence set at Fort Derick. Phillip and Elizabeth have been tasked by Gabriel (Frank Langella) to finish the job that William Crandall couldn’t, and everything goes according to plan until Hans (Peter Mark Kendall) falls onto William’s corpse, from which their group just removed a skin sample. The surgical precision with which Phillip takes the sample is of a piece with the mercenary guile with which Elizabeth dispatches Hans. And that guile is the same with which the episode sets the stage for the season’s inevitable confrontations, notwithstanding a few conspicuous bits of foreshadowing: Agent Wolfe (Peter Jacobson) wondering to Stan if the Russians will tie William Crandall to Oleg talking to Stan, and Gabriel and Claudia (Margo Martindale) discussing Misha’s (Alex Ozerov) departure from Russia.

Earlier in the episode, Misha exits his homeland using a fake passport provided to him by his mother. His fear of being caught is clear, but it’s also one that’s recognizable as that of any person who’s felt the loosening of a fascist country’s vice grip on their being. Only time will tell how long it will take him to reach the United States from Yugoslavia and find Phillip, what danger he’ll pose for the Jennings, and if The Americans will pit Misha and Paige against one another as ideological contrasts. Or, more resonantly, the series may recognize that these teens are looking for the same thing.