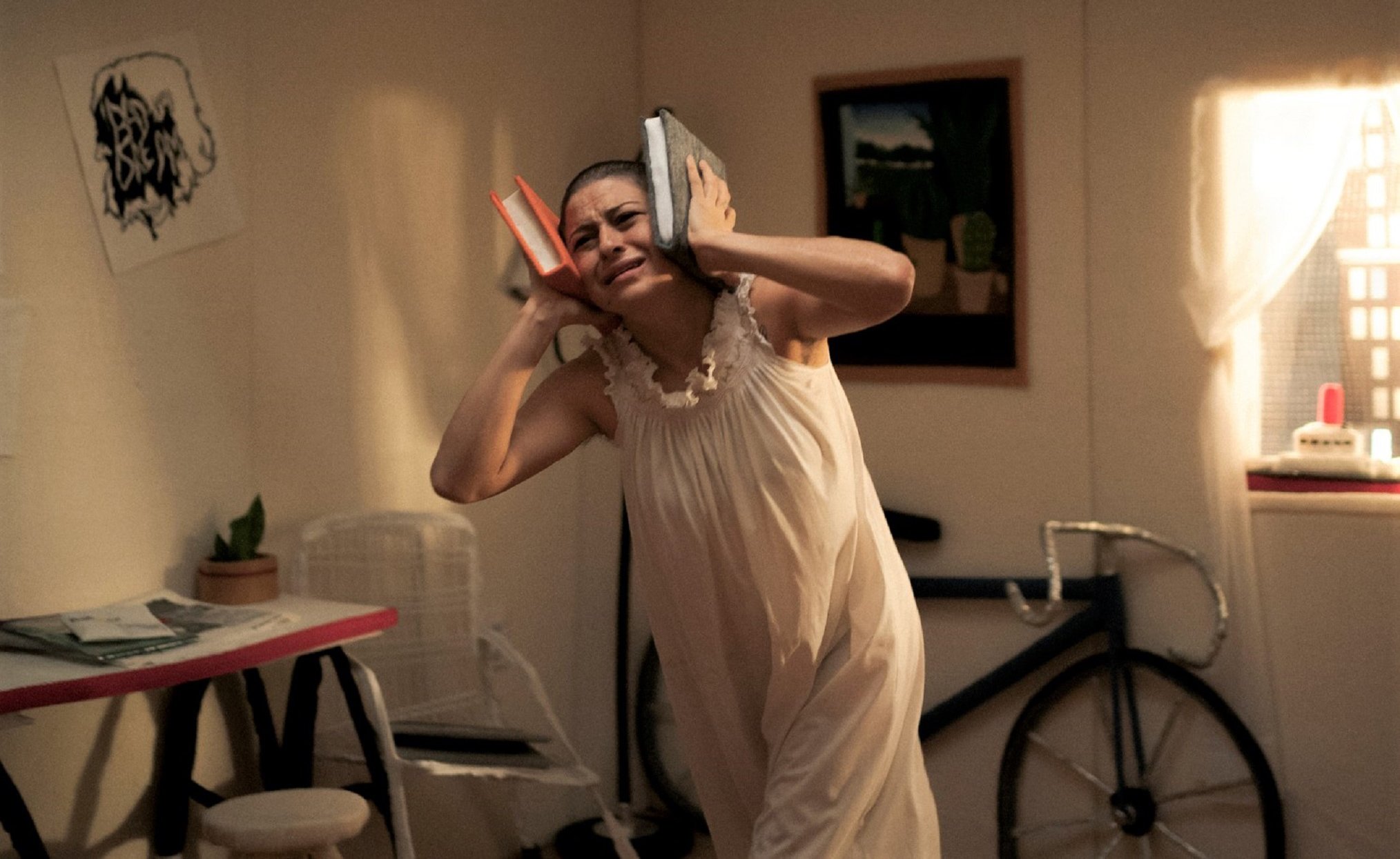 In its fourth season, Search Party finally turns back into an actual, well, search party, as Dory Sief’s (Alia Shawkat) friends belatedly set out to rescue her after she’s kidnapped by a stalker. Ever since its pitch-perfect first season, when Dory and fellow entitled millennials Drew Gardner (John Reynolds), Portia Davenport (Meredith Hagner), and Elliott Goss (John Early) embarked on a doomed effort to find their allegedly missing friend, Chantal Witherbottom (Clare McNulty), the series has struggled to find its focus. But while season four puts the characters back in investigation mode, it takes too long to regain its footing.

Chip Wreck’s (Cole Escola) fixation on Dory was teased throughout season three, as Dory and Drew went through a highly publicized trial for the murder of Keith Powell, a private eye played by Ron Livingston. Keith’s shocking death was a perfect way to conclude the the show’s first season, with a focus on the horrifying consequences of the characters’ self-serving search for a woman who wasn’t actually missing and didn’t want to be found.

Each subsequent season has focused on different aspects of the aftermath of Keith’s death, from the characters’ guilt and fear in season two, to Dory and Drew’s arrest and trial in the third, to now a sort of existential purgatory, as the friends have been officially exonerated and are forced to find new purpose in their lives. Dory, who previously projected a supreme confidence bordering on sociopathy, is reduced to a helpless captive in season four, and while Charles Rogers and Sarah-Violet Bliss (who wrote or directed the bulk of the season’s episodes) provide Shawkat with plenty of dramatic material, the kidnapping storyline is often too straight-faced and glum for a series whose greatest asset is its dark, deadpan humor.

The storyline also keeps Dory away from Search Pary’s other three main characters for the first half of the 10-episode season, and though their subplots provide more energy and wit than Dory’s, they feel inconsequential in light of the fact that their friend is trapped in an elaborate dungeon, which Chip has redecorated to look like Dory and Drew’s New York City apartment. Chip is an annoying, whiny brat whose particular strain of oblivious narcissism is much broader and less pointed than that of the show’s main characters.

Eventually, Dory’s friends see through Chip’s flimsy ruse of manufactured social media posts and realize that Dory isn’t actually traveling through Europe, and their bumbling efforts to locate her reprise some of the goofy energy of Search Party’s first season. Susan Sarandon brings a delightfully devious presence to her role as Chip’s wealthy, equally deranged aunt, and an episode devoted entirely to Chantal’s fate provides the absurdist dark comedy that too much of the season is missing. Last season, Chantal’s insubstantial storyline was doled out in short subplots, but here it’s more successfully presented as a surreal, self-contained short film with minimal appearances from the other characters.

Drew, Portia, and Elliott’s early-season character arcs end up getting the short shrift once they band together to rescue Dory, but even if Search Party feels more disjointed than ever, it still boasts plenty of its trademark deadpan humor. The eventual wrap-up is more satisfying than any conclusion since season one, providing a sense of narrative and emotional closure.